"We just really wanted to make it an interactive experience, on top of being immersive, and give people the opportunity to make choices as if they were actually traveling in BC," says Giovondo. 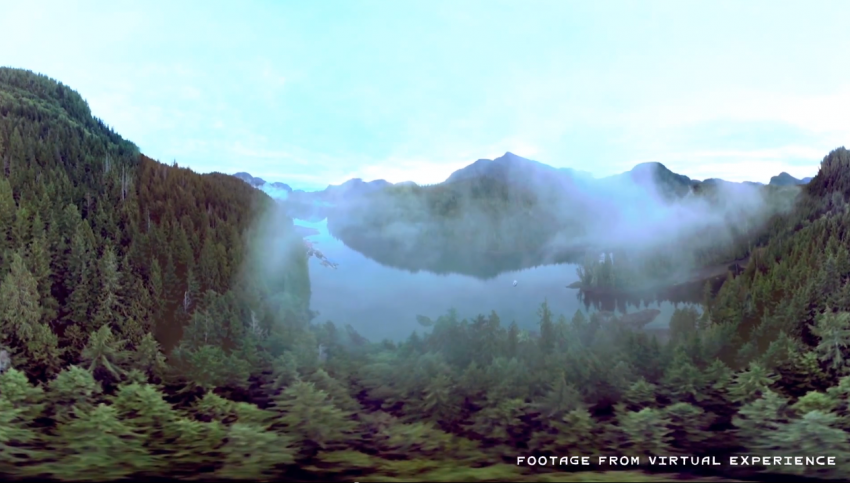 It’s not hard to convince travelers to stop by Vancouver, but how do we get them to visit the rest of our beautiful paradise? Destination British Columbia came up with a tech-savy new idea: strap an oculus rift to their head!

The device previously used for gaming has expanded into travel. The group is testing out using the virtual reality technology, recently acquired by Facebook, in order to attract potential tourists to vacation up north.

"The Wild Within” is a virtual reality preview of what the real vacation would be like. Potential tourists can go on a virtual tour of the Great Bear Rainforest on the Pacific Coast. With a 360-degree panorama, users can choose their paths.

Destination British Columbia became one of the first travel agencies in North America to introduce a virtual reality experience to consumers. It invested around $500,000 to create the virtual reality production.

"It really gives people the opportunity to really get a sense of what it's like to be in BC and what it's like to feel the powerful nature around you, and the wildlife and the wilderness we have to offer the world here in British Columba," says vice president of global marketing for Destination BC, Maya Lange in the video about the project.

So, this is how it works: the Oculus Rift headgear is placed over the user's head, along with headphones. The user will see two screens — one for each eye — but as the video starts both screens blend into one. Suddenly the user is surrounded by nature.

By looking in a certain direction, the headset will detect which direction the user wishes to go. Look up to see the sky, to the right to see the coast, or to the left a to see a rainforest trail. The camera also switches back and forth between first-and third-person point of view.

"We just really wanted to make it an interactive experience, on top of being immersive, and give people the opportunity to make choices as if they were actually traveling in BC," says creative director David Giovondo, who worked on the Oculus experience, in the video.

Destination British Columbia is planning on bringing the virtual experience to trade shows in 2015. Once Oculus Rift headsets become available to the public, Destination British Columbia plans on releasing the experience as a free download. The “experience” was filmed over five days using seven HD GoPro cameras, drones and special rigs to capture all the rainforest footage from a first-person perspective.