No need to leave a trail of dirty airborne carbon—check out these alternative vacation ideas close to home. 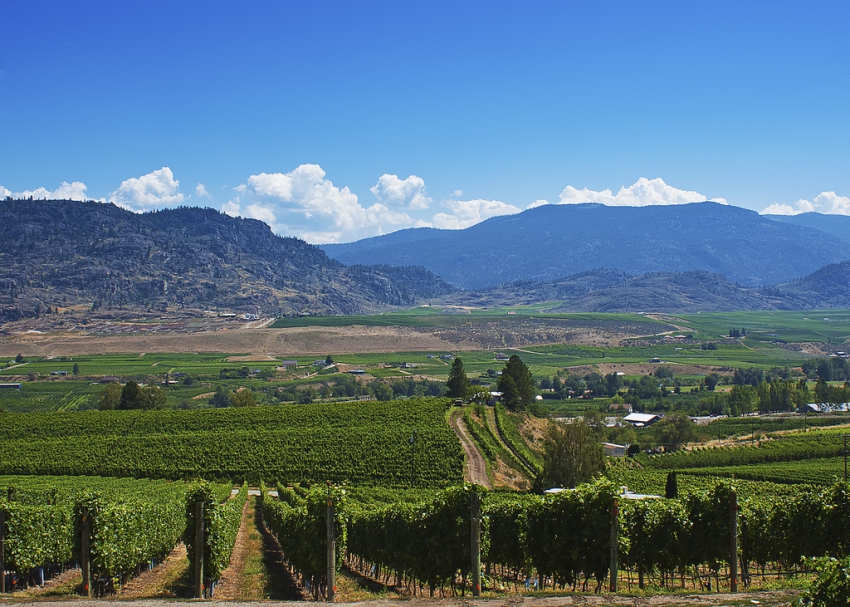 When most of us think vacations, we think getting away—far away. But the solution to pollution is, well, not to pollute. On average, North Americans dump 53 kg of carbon into the atmosphere every day. That's about 20 tonnes per year, over six times the amount produced by people outside North America.

With that in mind, it’s time to rethink our holidays, and to look for the sweet spots closer to home. It's not only a question of where to go, but how.

One of the best getaways for Vancouverites is the Okanagan Valley. It's home to numerous well-known wineries, including organic and biodynamic wineries like the ones below. In summer, the 180 km-long valley is well-known for its fruit crops—everything from strawberries to peaches—and in winter it's a mecca for everything from cross-country and downhill skiing to birdwatching.

But unless you're carbon-conscious, a trip by car can be almost as polluting as air travel. Here are a few green-minded things to consider before planning a trip to the Okanagan.

Before you travel - Car versus bus or shuttle:

Kelowna, the largest city in the Okanagan, is about 400 km from Vancouver. Here's the breakdown.

• Air: A one-way to Kelowna by plane would release about 102 to 111 kg (0.1 long ton) of CO2 emissions per passenger, according to a Carbon Fund Calculator. That number jumps to 274 kg when radiative forcing - the measurement of the capacity of forcing agents to affect energy balance and contributes to climate change- is taken into consideration. The effect of greenhouse gases is considerably different than on the ground level. Radiative forcing looks at the water vapor an aircraft emits during flight, which can cause the formation of ice clouds, called contrails. Clouds can have a double effect on radiation.

• Car: A one-way trip from Vancouver to Kelowna would release around 80 to 120 kg of CO2 emissions (calculated using a 2010 Honda Accord through a Carbon Neutral Calculator).

• Bus: A Greyhound bus taking the same trip can be less than a third of the carbon emissions per person, at around 30 to 40 kg of CO2. Greyhound also runs regular daily services from Vancouver to the Okanagan with stops in Kelowna, Penticton, Summerland and Westbank. Premier Pacific Coach Lines and many other shuttles also provide service trips from Vancouver to the Valley.

Read the fine print there and you realize a not-so-obvious fact: if you're carpooling with three or more people, you can beat the per-capita emissions of riding the bus.

The trick is to have a car that gets decent fuel efficiency, and to find people to carpool with, which (among other sites) you can do on CarpoolWorld.com.

When you get there - Green accommodation

Greener travel includes the duration of your stay. Like many areas of BC, the Okanagan valley has many inns and resorts using biodegradable products, local produce and energy-efficient infrastructure. And they don’t necessarily translate to a higher cost either.

“The Best Western is the most eco-friendly hotel in Kelowna, with solar-heated water, and an electric vehicle charging dock,” says Wendy Wright, of The Okanagan Greens Society.

The hotel installed solar hybrid water-heating system, one of the largest in Canada, in 2002. It prevents 90 tonnes of greenhouse gases per year  that would have otherwise gone into the atmosphere from burning natural gas.