Portland is a town more interested in paying homage to mid-century Americana than trying to impress. Nevertheless, it does 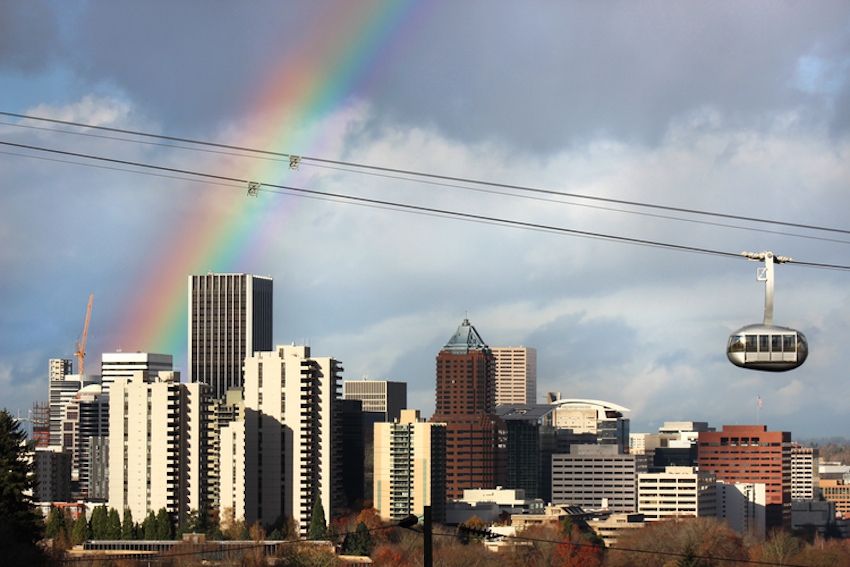 Portland is a blue-collar city, or at least a city that remembers its blue-collar past. This is not a city of flash, but of hash— corned-beef hash, that is, a staple at the city’s outstanding diners— a town more interested in paying homage to mid-century Americana than trying to impress.

Nevertheless, it does, and not only to fans of the satirical skit-comedy show Portlandia.

Topping several Most Sustainable City lists, Portland has led the North American charge in urban rebirth. The city itself, like Vancouver, has a population of about 600,000 residents, and Greater Portland about 2.3 million. Cut in half by the Willamette River and stitched together by 10 bridges, in spite of its big-city density Portland still feels like an amalgam of diverse villages.

The Pearl District, for instance, has rejuvenated the old downtown: a warehouse zone reborn as loft apartments, home couture shops, theatres and swank bistros. Transit is free in the central core of “Fareless Square” and the city has added new streetcars and even an aerial tram to its MAX light-rail system.

Downtown’s fabled Church of Elvis may have closed its doors, but its spirit has been replaced by Voodoo Doughnuts (slogan: “The Magic is in the Hole”)— a cult favourite where you can get a glazed doughnut crusted with Froot Loops, or a maple bar overlaid with two strips of crispy bacon.

Bookstores, breweries and the Bagdad

It’s a creative city. A why-doesn’t-our-city-do-that kind of city. This is what happens when you take a port town built by stevedores and ironworkers and inject it with thousands of young creatives— all those irony-loving designers and geeks that, as legend has it, flocked here after the dot-com crash of 2000.

Portlanders are big fans of what they’ve created, and enjoy a nearly recession-proof consumption economy thanks to their loyalty to local entrepreneurs and artisans.

Thus the city has 46 craft-beer microbreweries, more per capita than anywhere in North America; over 50 theatre companies; and vast, multi-floored Powell's, the largest independent bookstore in North America, which takes up an entire city block at the edge of the Pearl District and requires a map to navigate.

The Hawthorne-Belmont area, just across the river in Southeast, for example, is a kind of hippie-hipster fusion of second-hand fashion shops and vegan restaurants, where the hubbub centres around the flagship Bagdad Theater, one of several “brew-and-view” cinemas offering a pint and pizza in lieu of popcorn and pop.

Thanks in part to the transit expansions noted earlier, the Mississippi and Alberta neighbourhoods—further up the map, in Northeast— have exploded. The incursions of artists and hipsters initially raised hackles at gentrification, but have breathed new life into decayed areas with Last Thursday gallery walks, outdoor film screenings, and outrageously good Southern restaurants like Bernie’s and Miss Delta.