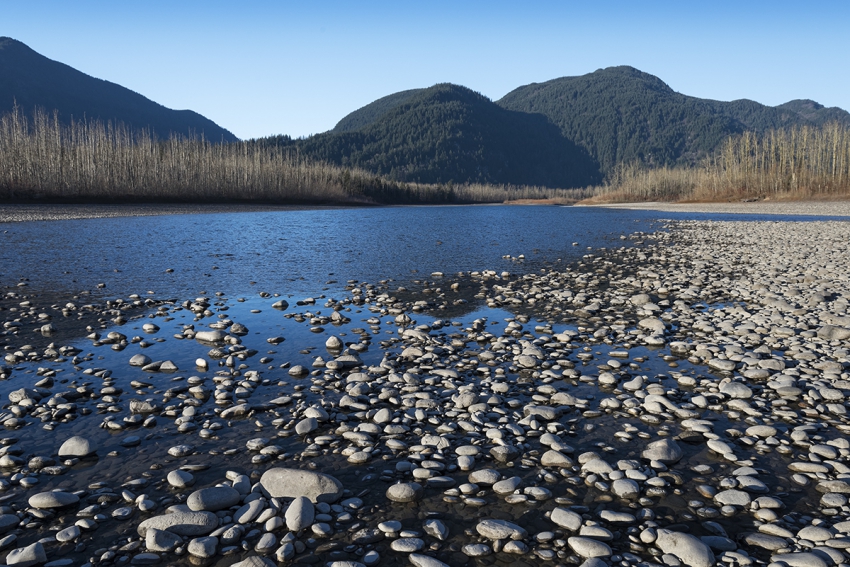 Scientists say money and connections have too much power in B.C. politics, following the green-lighting of a controversial gravel mining project on the Fraser River expected to have serious impact on sturgeon and salmon habitat.

"Is the Pope Catholic? I am not trying to be trite, but the history of Fraser River gravel removal has been one of constant and intensive political interference from the gravel interests in the eastern Fraser Valley."

The Seabird Island First Nation, in partnership with Chilliwack-based Jakes Construction, has applied to remove 105,000 cubic metres of gravel in the area known as the "Heart of the Fraser" from a site called Seabird Bar B near Agassiz, B.C.

Last week, the provincial government quietly green-lighted the project, although Seabird Island has yet to formally accept the approval. One of the conditions for the approval is that Seabird must implement an onsite monitoring program to identify and track impacts, which the Band's corporate affairs director said will take place.

UBC political science professor Maxwell Cameron said one of the underlying problems was that there are no limits to political contributions in B.C., unlike in other provinces like Ontario and Alberta.

"Of course, companies expect something in return for their donations, and they influence public policy," said Cameron.

"What policy makers should ask themselves is whether the public might reasonably assume that the donation was made in order to influence the policy decision. If this seems like a reasonable assumption, then there is a risk to the public perception of integrity."

The Fraser River is one of the few places on earth where "truly wild sturgeon" can still be found, according to the Fraser River Sturgeon Conservation Society. The sturgeon is considered a living fossil because it has survived virtually unchanged for more than 150 million years. They are a global rarity for their size and age, and can grow to six meters long.

Sturgeon are a federally listed species at risk. The lower Fraser sturgeon stock, which would be affected by this project, have been left off this list.

Former government scientists say politics have sealed the fate of one of only two known spawning sites for the Lower Fraser white sturgeon.

But BCSSGA executive director Paul Allard said political contributions have had no impact on the government's approval.

"We are a not-for-profit association that is not linked to any political party," Allard said. "Your speculations are just that, speculations."