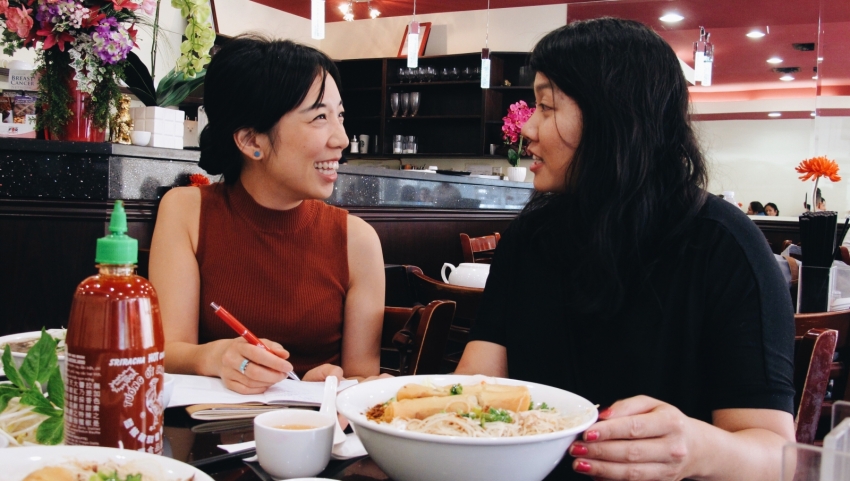 Have you ever noticed how a large chunk of Canadian artists are women (and of colour), but few are represented in prominent arts and culture leadership roles?

In June, local writer and arts administrator Kristin Cheung was sitting in Toronto Pearson International Airport when she typed up a blog post titled:

“Hey girls, you and me are the future.”

She wrote about travelling across the country for conferences, summits and meetings about Canada’s cultural and community sector. She highlighted the lack of diversity in leadership roles, and wondered how this could improve.

According to Canada Council for the Arts, women represent over half of arts professionals, but their average income — $19,200, which is barely enough to scrape by if you live in Vancouver — is lower by 28 per cent than that of men ($26,700).

As an arts fundraiser and administrator, she invited her friends to join her in planning a project to change that pattern. She heard from Megan Lau, a Vancouver-based writer and editor.

The two had previously worked together at Ricepaper Magazine, an Asian Canadian arts and literary magazine, and decided to team up to implement a new initiative to get young women of colour (25 and under) into the arts.

The program is free, and sponsored by Vancity and HiVE.

“Over and over again, we’ve heard ‘I wish there was a program like this when I was growing up.’ We want to provide everything young women need to confidently reach their creative goals and get there faster than ever before,” says Lau.

For Cheung, growing up and being part of nurturing, accessible local arts scene was key to starting her career in the arts as a youth. “I've had numerous employers, mentors and friends I've admired over the years, that have led me to pursue a passion in a career working the arts,” she says.

“Now I want to work with a new generation of ambitious young women.”

Applications for The Future are open until September 30, 2016 at thefutureisyouandme.com/apply.

The Future is you and me is a community mentorship and training program for diverse women, ages 19-25, in the arts and creative industries. The program is based in Vancouver and is a pilot project run by volunteers. Thefutureisyouandme.com.