"A Disappearance in Damascus": Deborah Campbell's story about friendship and resilience in Syria 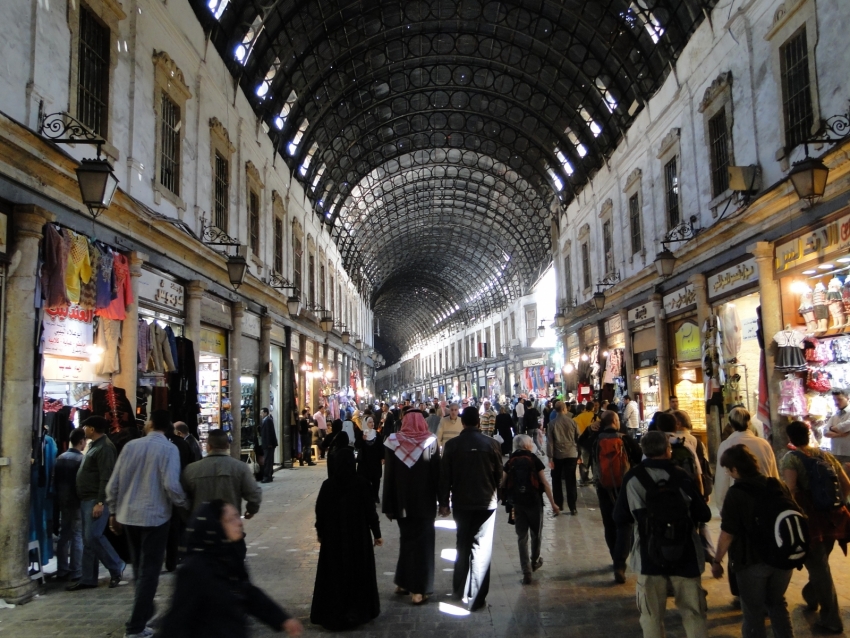 Renowned nonfiction writer Deborah Campbell, who has traveled throughout the Middle East to write difficult and illuminating stories about the Middle East, depicts an intensely personal story about one of her Syria-based "fixers" in her new book, A Disappearance in Damascus (Knopf, Canada).

The subject of her story is Ahlam ("Dreams" in Arabic), an Iraqi woman who Campbell hires as a fixer in 2007 while reporting on Iraqis who fled to Syria after the overthrow of Saddam Hussein (see here for the resulting Atlantic magazine piece). As Campbell writes in her book, fixers are the kind of fearless locals who reporters rely on to shape their stories: they do everything from interpretation, providing connections, context and background, and making important judgment calls to ensure the reporter gets out alive.

Campbell paints a vivid portrait of Ahlam as a woman of unusual intelligence and self-assurance. She's a middle-aged, university-educated woman and grieving mother who wears oversized men's clothes, smokes cigarettes, and fears no one. When a Syrian captain complains that the men who he sent to spy on her can't keep up with her non-stop activities, she suggests they get in better shape.

To Campbell, Ahlam is more than just an ordinary fixer: she's a friend, a kindred spirit, an independent woman who can't be held back by social pressure to conform and be complacent.

As part of her distinctive 'immersive' style of reporting, Campbell spent extended periods of time in the "Little Baghdad" area of Damascus, observing, taking notes, listening and detailing the heartbreaking decisions Iraqi refugees in Syria have to make to survive. One of the most excruciating stories from the book involves women and girls who have fled war in Iraq. They first sell their jewelry, and eventually their bodies — sometimes even in secret from family, pretending that they obtained the money from charitable relatives abroad —to make enough money to feed themselves. It's all the more painful to read, when we consider what these vulnerable civilians now are going through in Syria after fleeing the war in Iraq.

The central drama of this book takes place when Ahlam suddenly disappears, while Campbell is working with her. Distraught, Campbell frantically looks for Ahlam, only to run up against more questions about Ahlam's relationships, and who could truly be trusted to help find her. As Campbell's search continues, she puts her own safety on the line in hopes of finding her missing friend.

The book is a must-read for people wanting to further their understanding of the Syrian civil war and refugee crisis, and about the deep ramifications that the Iraq war had on the rest of the Middle East. Especially now that the worst-case scenario that many Syrians have feared has come to pass, the book is essential to understanding the circumstances that societies lived with before their countries fell into chaos.

Campbell will be at this year's Writers' Festival on October 22 to talk about the book and her experiences in Syria.

See more
"The Future is You and Me" project a shot in the arm for diverse young women in the arts
Is Christy Clark punishing Vancouver public schools?