Since the 2012 omnibus bills by the federal government, gravel mining projects no longer trigger an environmental assessment unless they will cause permanent harm to the environment, or destroy certain types of endangered or commercially used fish.

"The Fraser River is a Canadian Heritage River," Werring said.

"There is nothing natural, cultural or recreational about mining tonnes of gravel from a river simply to try to provide the aggregate industry with a cheap source of material in order to meet an insatiable, and growing, need to build infrastructure."

Werring said that in the past, when a request for this kind of industrial project in the Fraser River was made, it would automatically trigger a review under the Canadian Environmental Assessment Act. The government would then look at the project's potential impact on fish, fish habitat and the environment.

Now, he said, there is no need for an environmental assessment for projects like these, except in very limited circumstances.

Langer said he and others have had to put in Freedom of Information requests to have a look at the previous version of the Seabird gravel mining project.

"This is an insult to the public interest. People are applying to see the impact to the environment or on their neighbourhood, and they're not allowed to see what that is? I can't comprehend that in Canada. I thought we were living in a democracy."

"We know how to manage the river best"

Hope told The Vancouver Observer that the project was not about profits, and that the Seabird Island Band would take measures not to ruin habitat for salmon and sturgeon.

“We think as First Nations people, we know how to manage the river best. We know the river. We’ve been here for millennia, we understand the river. In any extraction that we propose, we always frame it in terms of the protection of our reserve land. That is first and foremost.

"We take that seriously, and we want to hold Canada to account in terms of its fiduciary responsibility towards us.” 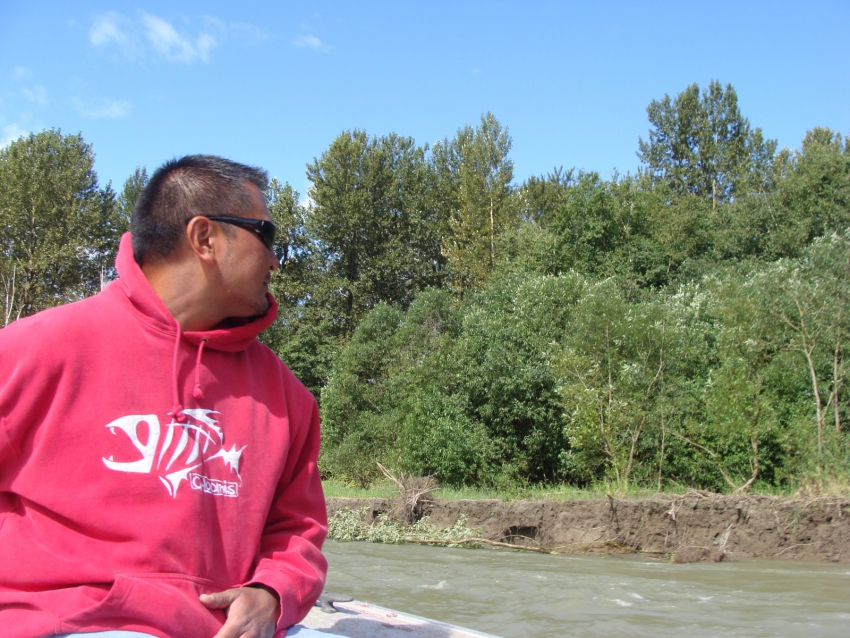 He said the majority of Seabird Island Band's 950 members live on reserve, which he says is shrinking because of erosion from the Fraser River.

“Seabird's land was originally surveyed at 4,500 acres. And since then we’ve lost 275 hectares to the river erosion. It’s quite significant," he said. "Our reserve (population) is growing, and we need to have a place for everyone to live."

Hope insists that “erosion and flooding go hand in hand,” and says the gravel mining will help secure the band's territory. 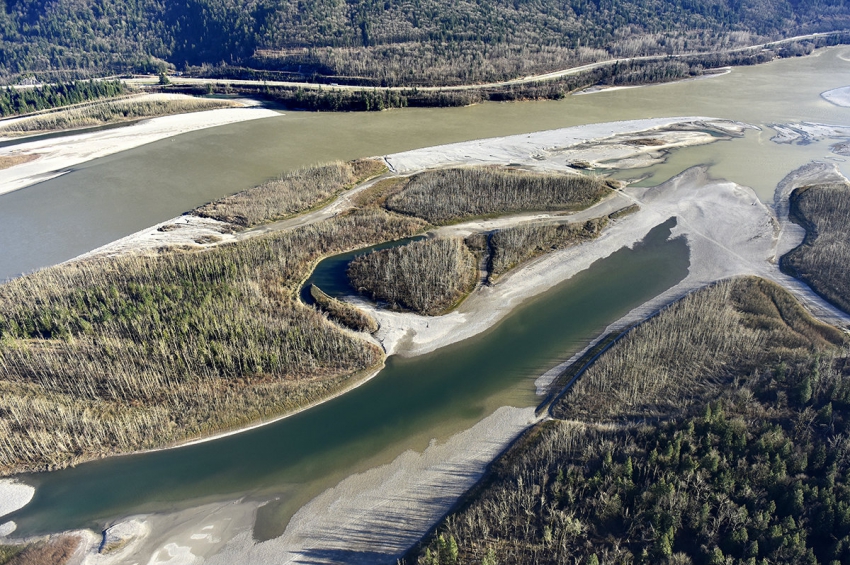 “There may be a perspective out there that we purely in this for economics – and that’s not accurate whatsoever. We want to protect our reserve lands," he said.

Hope said the project's original design was changed recently so that instead of deep digging of rocks from the river, it would use a "scalping technique," which he said is expected to cause less harm to fish habitat.

But gravel mining has had a devastating impact on Fraser River wildlife in the past. In 2006, around two million pink salmon fry were killed when an extraction company cut off the spawning channel along a channel island called Big Bar. Conservationists like Rosenau argue that Seabird Island's project should not give the government a justification to approve more gravel mining, as the damage would make Big Bar would look "trivial" by comparison.

“We accept that there is criticism out there," Hope said. "But what we’d like to do is reach out to those people and say come see what we’re dealing with here. Come look at the project design, and the area in particular.”

With files from Katelyn Verstraten