"On days like today - when we stand up and say no more - we are giving form and voice to this constant conflict that is brewing just under the surface, every day," Karen Mahon said. 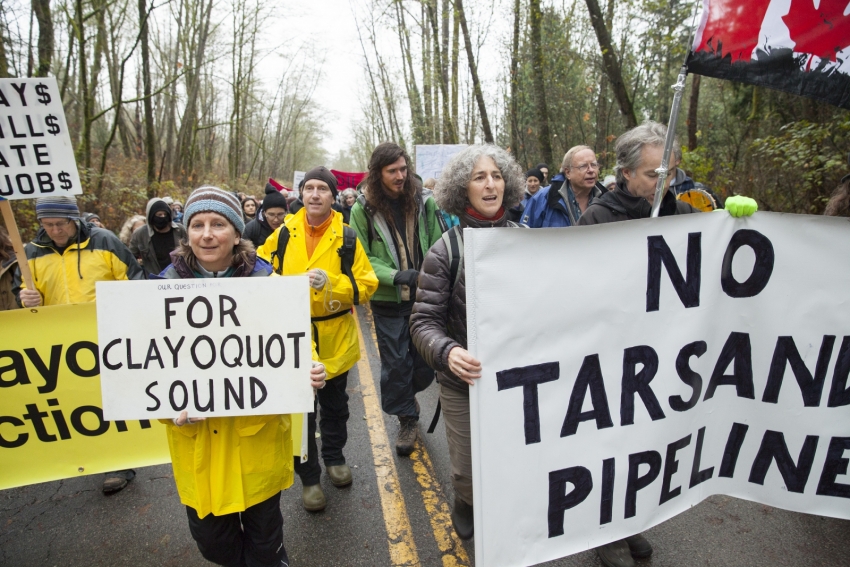 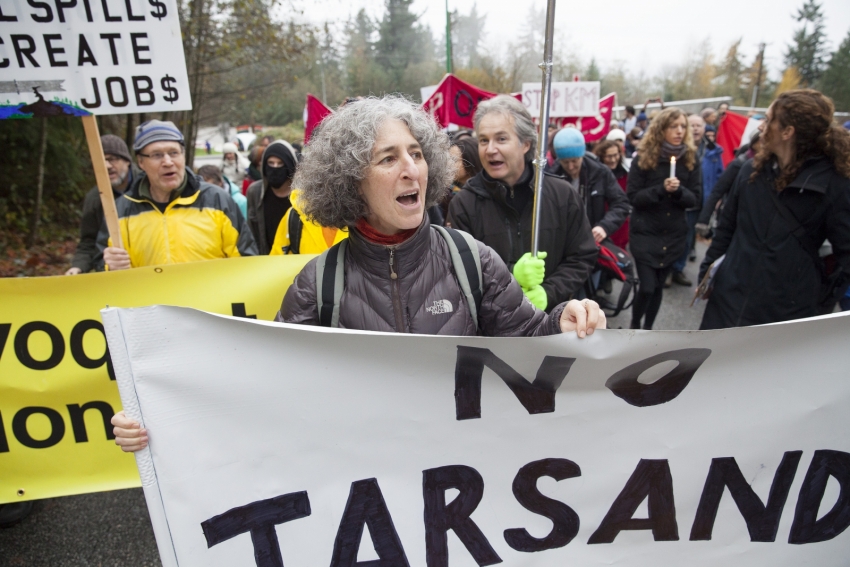 Valerie Langer, Karen Mahon, Chris Hatch, Jean McLaren and Bonny Glambeck -- all of whom played key roles in the blockade and eventual protection of old growth forest in Clayoquot Sound, the largest civil disobedience movement in Canadian history -- are now in police custody.  The Clayoquot Sound protests drew 11,000 Canadians over the course of a summer who participated in protests. 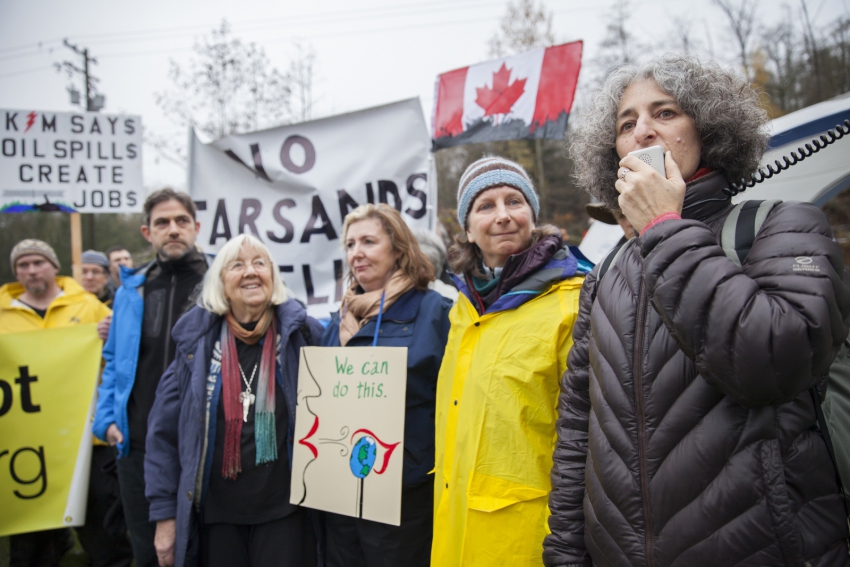 "So today we have a number of people who were actually organizers of the Clayoquot Sound blockade in 1993," Mahon told a large crowd gathered at the conservation park on Burnaby Mountain.

"A number of them are willing to risk arrest, myself among them. We have friends from Solidarity Notes the choir, and we have a number of people from Vancouver Island who’ve come. Thank you Vancouver Island. Yesterday, we we’re contacted and told tomorrow we’re going to have some very special guests," she added.

"Tomorrow we’re going to have Grand Chief Stewart Phillip of the Union of BC Indian Chiefs here crossing the police line. He says he will be arrested tomorrow on Burnaby Mountain thinking of his grandchildren," Mahon added, her voice rising with emotion.

"It makes me really happy and really sad, because the fact that First Nation chiefs of this area have to be arrested to be heard by this government is madness, it is craziness. This is a crazy crazy time we are living in."

Environmental activist Tzeporah Berman, who had a leading role in the Clayoquot Sound movement, told the crowd that more than 100 people had been arrested so far on Burnaby Mountain. The crowd roared with cheers in response.

"A democracy can only function if we have information, If we have transparency, if we have participation, and the Harper conservatives are quickly robbing all three," Berman said, who did not herself get arrested, citing travel concerns.

"At the NEB hearings, the reviews of these pipelines, we are not allowed to talk about climate change. People from across this country who would like to participate in a public process are no longer allowed to participate. It is no longer a public process, it is broken, it is corrupt, it is a rubber stamp for the pipeline companies and together we are saying that has to change," Berman added.

Jean  McLaren, 87, crossed police tape on Burnaby Mountain this morning, singing and smiling.  Later, she was gingerly escorted back in front of the tape to a police van, to cheers from crowd.

McLaren hiked up a steep incline for 10 minutes, a challenge for most, much less an 87 year old. She said she had been an activist since 1947.  She said she was protesting inaction on climate change.

"I want my kids and my grand kids to have a future," she said.