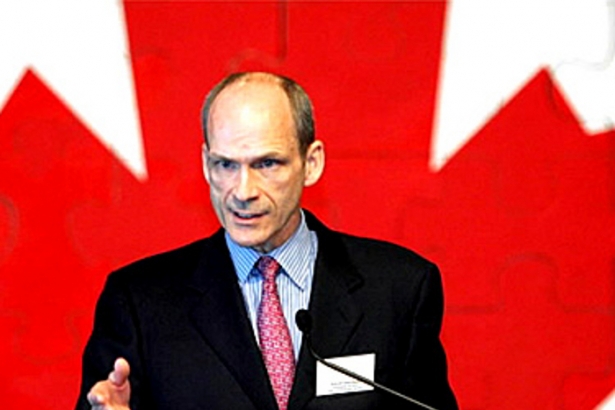 Despite making enormous investments in some companies embarking on projects many view as detrimental to the future of the planet, The Canadian Pension Plan (CPP) is viewed as a model of stability by other nations, at least according to its director and CEO, David Denison.

CPP manages more than $640 billion in assets from around the world including railway companies in China, Manhattan real estate, telecommunications in Turkey and a motorcycle racing events management group in Madrid.

There's so much  diversification in the portfolio that, there's something for everyone to both love and hate.   CPP is invested heavily in the biggest players in the oil sands, as well as pipeline companies the government of Canada has thrown its support behind like Enbridge.

CPPs investments are as homespun as Tim Hortons, as nut and bolts as  a jet engine component and subsystem manufacturer based in Italy and  as loveable as Tootsie Roll.

And it currently holds investments on behalf of the 17 million Canadians.

In a presentation to European journalists in 2010, Denison described the crisis that had faced the fund during the nineties, a crisis  he said journalists would recognize from their own countries’  challenges.

Shifting demographics and how to fund fewer workers supporting more retirees was at the core of the problem.  An OECD report out the year before predicted that in Germany and Italy only 1 1/2 workers would be supporting every retiree. In Japan, it would be one on one.  And there would be a huge intergenerational wealth transfer in Canada

CPP’s recovery and success, Denison said, came through reforms such as reducing benefits, increasing contribution rates and forming a CCP Investment Board which operated at arms length from the government.

And these reforms brought about impressive projections in growth of the portfolio.

Graphs show CPP having grown and continuing to grow since the late nineties further and further upward.  And lately, returns have come in at around ten percent per year, a rate that would make most money managers proud.  The fund is expected to have a value of $400 billion in twenty years.

A primary source of the fund's broad diversity and growth was move the managers made to expand  beyond Canadian bonds and equities, transforming the fund through large purchases of foreign equities.  CPP now makes public all of its equity positions,  purchases that link the Canadian retirements to the nation's and the world's multinational corporations.

And last year, Denison told the C.D. Howe Institute that CPP "stands out as a bastion of stability and sustainability compared to its national counterparts in other countries around the world, notably, Social Security in the U.S."

"The Chief Actuary of Canada has recently confirmed CPP's sustainability as currently constituted, throughout the 75 year period of his report while taking into account Canada's changing demographics and increasing life spans."

CPP was ranked 5th best in the world in 2011 by Mercer Global Pension Index, he also said.

Worth $162 billion at the time of his talk, CPP employs some eight hundred and thirty people in Toronto, London and Hong Kong offices to "implement a variety of direct public market strategies."