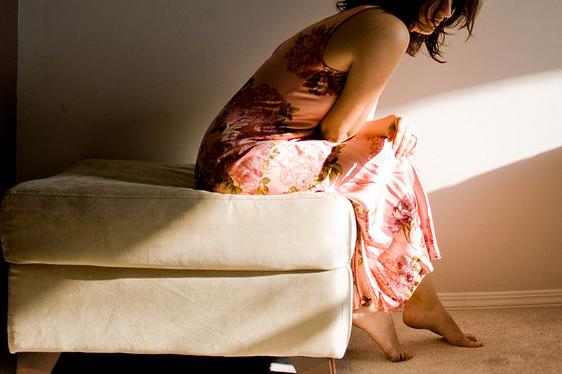 Imagine a woman lying on her back, immobilized with fear and a numbing drug, as a stranger penetrates her with his hand and touches her with sharp objects, against her consent.

What has just been described is not a rape as society has come to recognize it—it is what some are calling a "birth rape," experienced by a mother who gave birth to her child in a hospital.

“If you'd called me a year ago, I would have been crying this whole time,” said Kalina Christoff, in our phone interview some weeks ago. She is the Associate Professor of Psychology at UBC, Activities Director of the birth trauma support group Mothers of Change, the creator of Vancouver Birth Trauma, and the woman who went through the experience described above.

“But I can talk about it now.”

What Christoff is talking about—“birth rape”—is something that many other women have just begun discussing in public as well. Birth rape is defined as any action of a medical professional taken during childbirth, which results in trauma for the mother and which was done without the mother’s informed consent—sometimes even against her will.

Examples are the inserting of forceps into a woman’s birth canal against her wishes, or a forced, unnecessary membrane sweep, an action that induces labour, not to mention pain for the woman.

“Medical procedures done in childbirth [are not] birth rape when they are done for a medical purpose, and the birthing woman makes an informed decision to undergo the treatment,” says Jennifer Zimmerman in her blog post “What Feminists Should Know About Birth Rape”. “Just like sex is not rape when the woman makes a decision without pressure to engage.”

“It is birth rape when a woman is pressured to the point of feeling she has no other choice than to accept the procedure,” Zimmerman said, “or when she is actually physically forced to.”

Some women even try to scream and fight the hands of medical professionals off their bodies, but are otherwise forced to submit.

Christoff gave birth to her son on Nov. 13, 2010. What our culture has always called the happiest day of her life instead turned out to be the cause of Post-Traumatic Stress Disorder, which she only discovered she had three months after childbirth.

“I have books about symptoms,” said Christoff, a research scientist by training, “and one day, I was sorting through them, surrounded by them in my apartment. I happened to look through one that listed the symptons of PTSD.”

Having been educated in the field, Christoff had “100 per cent” faith in the medical system. She trusted the experts, having worked towards being one herself, and chose a hospital birth for her son. 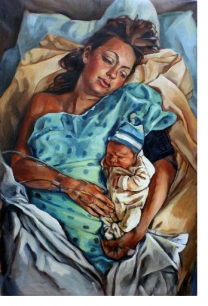 Thirty-nine weeks into her pregnancy, Christoff’s prenatal doctor performed a membrane sweep, without telling her she would. If the doctor had asked her permission, Christoff would have refused, knowing that a third of a baby’s brain develops during the last three weeks of pregnancy.

“That was the first time I felt assaulted,” she said. “I was afraid the baby might be hurt, and I felt hurt. I was so shocked I couldn't even talk.”

A day later, she was induced, and the horrors that gave her PTSD began.