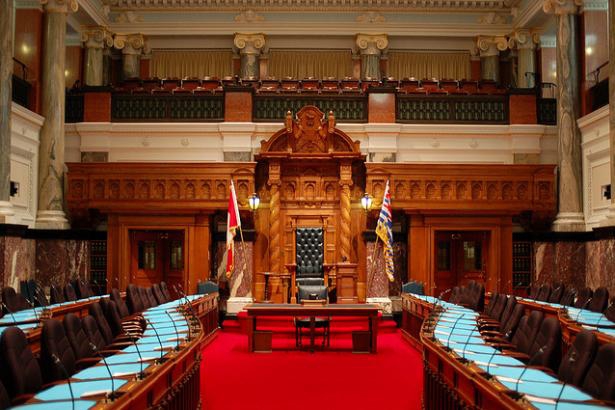 Today, the House of Commons will discuss a Conservative motion to review what makes a human human. No, they haven't been reading Albert Camus—the motion is a reopening of the abortion debate in Canada.

It was introduced by Conservative MP Stephen Woodworth, who said in the Vancouver Sun that the abortion debate "has actually never been closed."

This comes after Stephen Harper’s much-quoted statement, “As long as I am Prime Minister we are not opening the abortion debate.” (CBC) Shucks, and I  actually believed him!

Although I didn’t really have any reason to after the federal government’s defunding of Planned Parenthood, its cancellation of a national child care program that most Canadians supported, or, say, last year’s April decision to exclude abortions in its G8 funding for child and maternal health-care in developing countries.

Woodworth said that his motion, “is designed to look at the question of how we decide what is a human being and who.” He said also that that debate, “has been left hanging by almost every court that has abjudicated on the subject.”

However, if Woodworth is so confused, there are other codes of conduct he can look to. The United Nation’s Declaration of Human Rights, which Canada honours, declares that, "All human beings are born free and equal in dignity and rights.”

In other words, “human beings” are born, not created at conception, and their rights begin at birth as well.

The bottom line is, it is not up to federal politicians, who are currently mostly men, to decide whether or not I should give birth if it so happens that I become pregnant.

"Why polar bears and not elephants?" and more from Canada's hyperbolic Tory senators