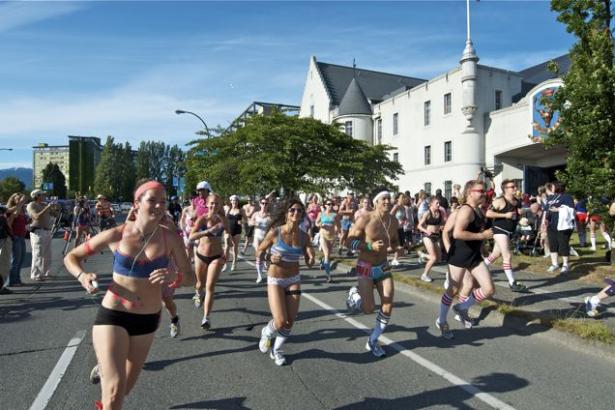 Proceeds from the Underwear Affair benefit the BC Cancer Foundation in support of research into cancers such as prostate, colorectal, ovarian, bladder, cervical and testicular, all cancers that are covered by underwear

Uncover the cure for underfunded below-the-waist cancers like prostate and ovarian by participating in the July 7, 2012 ten km run or five km fun walk. In preparation for the 2012 summer run, Vancouverites are asked to raise awareness and attend the launch of the sixth annual Underwear Affair to celebrate cancer research.

"We are looking forward to kicking off the 2012 cancer fundraising by helping people become involved and getting registered. It's a great atmosphere. There are some wonderful people that participate and it really is about having fun and rising awareness for cancers below the belt".

The BC Cancer Foundation and all forms of cancers that are hidden beneath underwear will benefit from the proceeds of the summer event. Attendees of tomorrow night's Underwear Affair who register on the spot for the July 2012 run/walk event, will enjoy one free drink and be entered to win an iPad.

Since it is an Underwear Affair Webb suggested, "you can wear pants, however, you are definitely encourage to show up in your underwear".

To sign up and participate in the Underwear Affair all that is needed is $25 for the registration fee and a promise of raising $300 from now until the race date.

"Ask friends and co-workers. The $300 per person is our goal, but you are certainly encouraged to fund raise more because all funds will go towards cancer research for cancers below the belt," said Webb.

Awareness to Down There-Ness

Cancers below the waist will account for an estimated 48 per cent of all cancers diagnosed in BC. These same cancers will be responsible for approximately 40 per cent of cancer deaths in the province.

This year marks the sixth annual Underwear Affair run/fun walk in Vancouver where participants will dress down and hit the streets in their skivvies. Prizes for the most creative costume will be awarded and afterwards, participants and their families can let loose at the EXPOsed afterparty. 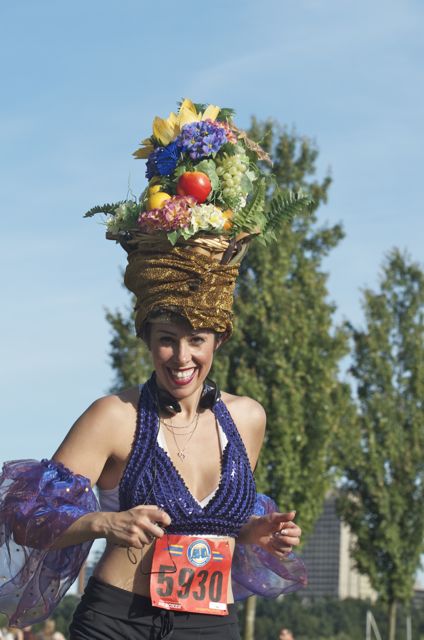 "It's not an event where you can feel awkward because people show up in their underwear," joked Webb. "I know my first year I was a little bit hesitant. But everyone really gets into the spirit, is there for a good time, and they all understand the purpose of the event. Once I caught hold of everyone's enthusiasm, I actually felt quite comfortable". 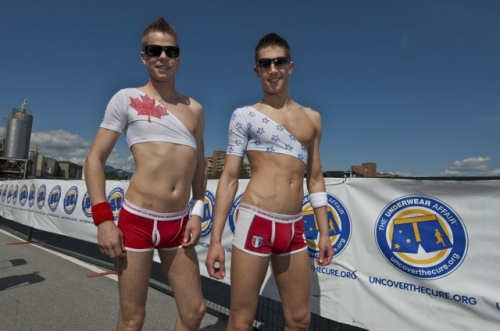 Between finding time to hit the gym and meet with his Running Room marathon clinic group, Webb proudly admits that although he has obligations as the official Underwear Affair spokesperson, this year will be his third time participating in the run.

"I have run full and half marathons, and ten km runs in the past, but this is a really special race. Normally in races, the goal is to get to the finish line and receive a personal best time. But this race is different because you're running for a cause that impacts so many people's lives - we all know someone who has been impacted by cancer. Just to be raising money and awareness of cancers below the belt is so important and when I cross that finish line, I'm proud of myself and the work that I've done to help raise awareness for the BC Cancer Foundation".