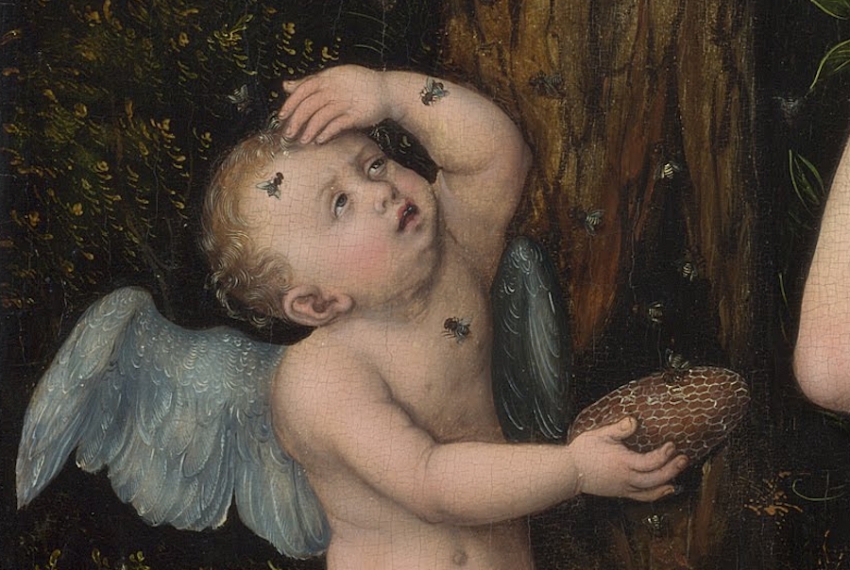 “Summer’s lease hath all too short a date,” says the Bard and, for me, B.C.’s current smoke blanket brings home the point. The coppery miasma strikes like a brutally unnatural early-onset autumn.

Not the crisp Vancouver autumn we’ve come to cherish, nor yet Keats’ “season of mellow fruitfulness.” More like Thomas Hood’s senescent “Old Autumn,” who “stands shadowless like silence.”

Particularly the silence of the bees, their hum conspicuous in its absence. We miss them now that they’re so abruptly excised from the soundscape, “smoked” into torpor.

So when Ronghua “Ron” Lin, PhD – Dr. Bee, as he styles himself – invited us to his still-buzzing apiary nestled amidst a four-acre “bee-loud glade” of blueberries, we happily drove out to the edge of the Fraser Valley, grateful for the promised reprieve of sonic summer.

Lin is probably the biggest employer in Pitt Meadows, with a staff of 1.2 million. That’s about 2,000 hives, at roughly 60,000 bees apiece. He also has as many as 20 human staffers at a time (the work is seasonal) to tend the bees, harvest and process the honey and other products, run his spiffy new retail outlet and pick the berries.

He pays pickers 90¢/pound – twice Pitt Meadows’ going rate, but worth it, he says, considering the profusion, sweetness, juiciness and delicacy of his all-organic, 100% bee-pollinated crop. The pay premium typifies Lin’s cut-no-corners approach to the whole bee-keeping operation.

That makes him an outlier in an industry sadly prone to chicanery. Not for him, the premature harvest of honey before it has a chance to ferment naturally through the action of the bees’ own enzymes. Nor artificially cooking it to boil off excess water faster than the natural evaporation rate of the hive’s internal 95o (F) heat. Nor dosing the product with refined high-fructose syrup for an extra sugar high and that “alluring” translucency.

The honey on Lin’s shelves is stolidly opaque – a sign of complex, more readily granulated glucose sugars. In hue, the jars range from the ivory opalescence of his “ice honey” (for which he trucks his hives up to the Rockies near Jasper) to the pale Chablis tint of his spring vintage (culled from Fraser valley wildflowers) to the blonde luxuriance of his clover honey to the rich amber that his bees distil from the apiary’s surrounding acres of blueberries.

Each variety is even more distinctive in taste and in “mouth-feel” than in colour. Lin hands out little wooden stirring sticks to savour the subtle aromatics of each sample jar’s unique terroir.

I furrow my brow and half-close my eyes, the very picture of concentrated gourmet discernment – El Exigente in the tasting room. Buty wife, Meilang, sees through the pose. She knows flat-out Poohbear honey-greed when she sees it, and murmurs a warning to watch my sugar intake.

Not to worry, Lin cheerfully rejoins. Honey’s anti-carcinogenic health benefits are well worth the caloric cost. And, as for the blood sugar levels, he’s got an App (or an apiary) for that.

He hands us a six-page pamphlet of related apiary products purportedly beneficial for everything from diabetes to high cholesterol to insomnia to arthritis to prostatic hyperplasia to allergies. The nostrums come in pills, sprays, creams, serums, salves and granular sprinkles. Most are low- or no-sugar. And half of them are honeybee derivatives and byproducts that we’d never even heard of before.

To demystify the inventory, he leads us over to a glass encased hive. It’s about the size of DaVinci’s Virgin of the Rocks, but a lot more frenetic, acrawl with tens of thousands of insects. They bustle about the waxy combs, here clearing out cells for new larvae, there sealing up caches of honey.

Foragers sally forth through a glass tube connecting the hive to the outside air. Upon their return, other worker bees harvest payloads of accumulated pollen and gummy plant resins from their hind legs. These, in turn, are processed (respectively) into honey stores or “propolis” mortar, the antiseptic gum that seals and disinfects the colony.

Yet other workers tend “nurseries” of pupating larvae. And some construction crews build enlarged gestational “cups” for a new generation of “Virgin Queens.” When they hatch, these virgins will fight each other to the death for succession as the next reigning ovipositor of the hive.

Next on the Honeyland menu: “bee venom therapy” – controlled bee stings offered as a nonpareil antidote to arthritis, inflammations, obstructive scarring and even multiple sclerosis. Lin himself has been stung “too many times to count,” in the line of duty.