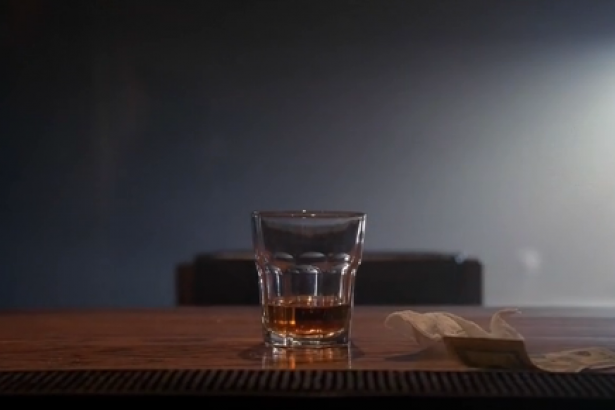 Anyway, after what was arguably the best episode of “Breaking Bad” so far, Walter White has abandoned his family, either ruthlessly or selflessly. Or maybe it was a bit of both. Jesse Pinkman is now Todd’s indentured meth-cook lab monkey.  Hank and Gomez, well, they’re dead. Now Schraderbräu will never hit supermarket shelves. 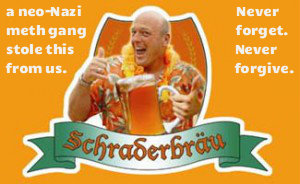 It looks like Walt will be our Schraderbräu avenging angel, complete with giant machine gun and Tommy Lee Jones disguise. Will Todd learn a painful lesson in how desire for a family can fuel brutal acts of vengeance?

This is the penultimate episode of "Breaking Bad", so be ready for anything. Oh, and major spoiler alert.

We finally get to see The Eraser. He's not Arnold Schwarzenegger... he's Robert Forster! The Eraser brings Saul Goodman into his vacuum repair shop, where he shoots a photo that will become the basis of Saul's new identity. The Jesse-inflicted facial wounds can be photoshopped out. Yes, Saul, it really is a vacuum repair shop, full of vacuum cleaners that don't work, and not a "term of art". A term of art is one that has special meaning within a particular context, like firewall (IT industry) or double jeopardy (the legal world, and, I guess, the game-show world). So, "a trip to Belize" would be a term of art.

There's some bad news: Because of all those "Better call Saul" bench ads, billboards, and commercials, Saul will have to hole up in The Eraser's basement until his new papers are in order.

Oh, and there's more bad news: His roommate will be one Walter Hartwell White. Living in a dark basement has made an already-tetchy Walt even tetchier. 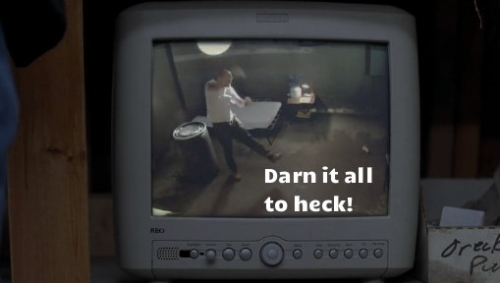 Riding in a black police SUV, Marie is the picture of misery. She'd be blue if it weren't for all the purple. The cops are giving her their bland version of sympathy as they pull up to her house, but the house has been tossed. Papers are blowing in the empty subdivision street, and the whole place is trashed. Obviously this is the work of Uncle Jack's neo-Nazi meth gang.

Two of the cops search the house while the other drives Marie the hell out of there. Looks like Uncle Jack and the boys have found Hank's foray into documentary filmmaking...

And they call it puppy love

... And they find it hilarious. At their headquarters, the neo-Nazis take turns condemning Jesse's masculinity. Notice, though, that they don't call Jesse a bitch. Eventually Jesse gets to the Great Methylamine Train Robbery, and Uncle Jack finds out that Todd killed that kid on the motorbike.

Todd insists on keeping Jesse alive to cook more meth, despite the fact that the gang has all that barrel money. So Todd is thinking about the future, anticipating that $8 million or so won't last long among these degenerates. There's more to it than that, though, and Uncle Jack figures out pretty quickly what we already knew: Todd is sweet on Lydia Rodarte-Quayle!

The guys waste no time in winding Todd up about it. White-supremacist meth gangsters: boys will be boys. 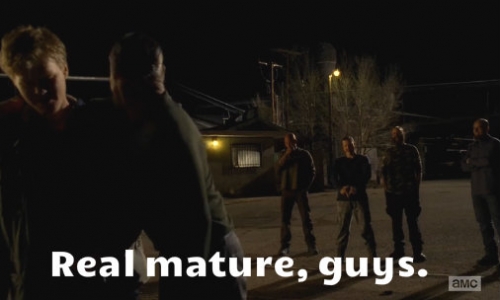 After describing Lydia as "so uptight she's probably got a wood-chipper as a coochie",  Uncle Jack muses, "The heart wants what the heart wants."

The goons go back to watch more of the Jesse video, while Jesse himself plots his escape from his cement-pit prison. He uses the paperclip attached to the photo of Andrea and Brock to fashion a lock-pick, and he's working away at his handcuffs.