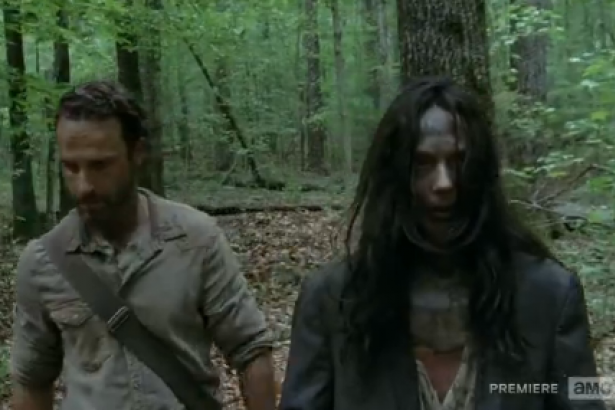 Does the zombie apocalypse mean the end of morality? How many zombies can you fit on a rooftop? 'The Walking Dead' asks the big questions.

Welcome back to the zombie apocalypse, and an American wasteland where nobody remembers how to ask follow-up questions. This is the recap and review for “The Walking Dead” S04E01, titled “30 Days Without an Accident”. Anyone else get the impression that the counter is about to get flipped back to zero?

When S03 ended, former sheriff’s deputy (and Hootsuite CEO)  Rick Grimes led the former residents of Woodbury back to the prison, thus stocking the survivors' camp with a fresh supply of red shirts. Meanwhile, the Governor is still running around out there somewhere.

We open at the prison, as Rick gets started on a day of... gardening. Months have passed since last season's finale, and the prison yard has been transformed into a hipster's paradise of sustainable vegetation. Rick is listening to some relaxing music, probably just to drown out the constant drone of the undead: walkers are stacked up against the fence like One Direction fans.

By the way, the song Rick listens to is "Precious Memories", by the Stanley Brothers.

As he digs, Rick discovers a buried handgun. He picks it up, checks the magazine, considers the herd of walkers at the fence, then throws the gun into his wheelbarrow.

Carl catches up with his dad and they take a look at the pig pen. Because they have a pig pen now. One of the pigs is sick. Carl calls her Violet, but Rick warns him not to name their future meals.

Daryl is the post-popular guy at the prison. Apparently he's been recruiting survivors and hunting game. The prison population loves Daryl as much as "Walking Dead" fans love Norman Reedus. Daryl has clearly bounced back from his brother Merle's death/reanimation/second death. 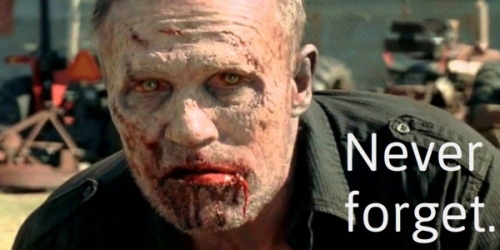 So, have Daryl and Carol hooked up? It sure looks that way and so the zombie apocalypse loses its most eligible bachelor. Daryl's number-one fan is a kid named Patrick, who kind of looks like Harry Potter and speaks in a rather stilted manner in thanking Daryl for the deer he recently brought back. 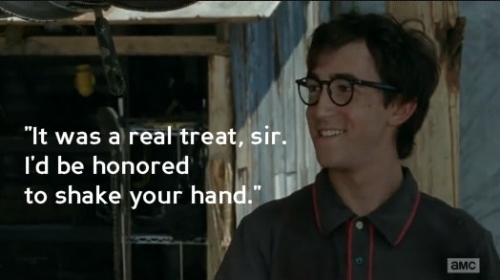 Yeah, he really said that. Daryl obliges, but not before licking his fingers clean. Heh.

Also, some rando named Zack (Beaver from "Veronica Mars") has hooked up with Beth. Oh, and there's a well-dressed young man named Bob, who just showed up at the prison last week.

Meanwhile, Tyrese is doing well for himself. Not only has he already set the record for most lines spoken by a black character in "Walking Dead" history, he's also hooked up with Teen Wolf's mom. However, he really hates killing the walkers that press up against the prison fence. 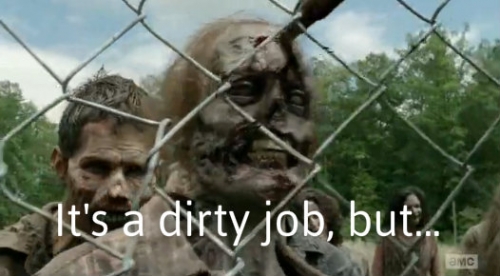 Tyrese is going to mix it up a bit by going on the supply run with Daryl, because nothing bad ever happens during supply runs. 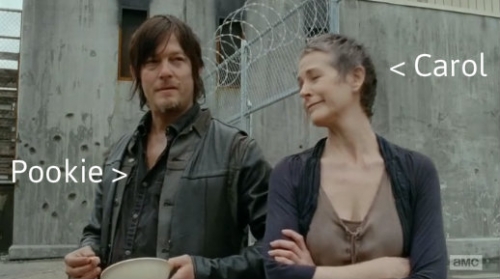 Meanwhile, Glenn and Maggie are lying in bed. Glenn doesn't want Maggie to go on the next supply run. Maggie says that everything will be fine. Glenn is like, "Uh, we're in a show called 'The Walking Dead'. How 'fine' can things possibly be?"

Michonne rides up to the prison astride a horse, sword slung across her back like this was Lord of the Rings. Just when you thought Michonne couldn't get any more badass. 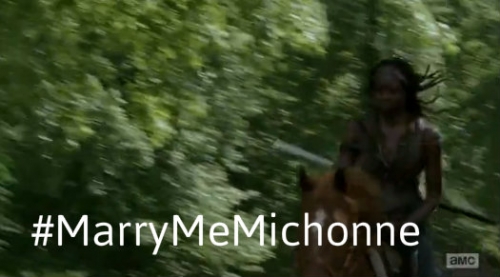 Michonne has brought Carl a bunch of comic books, but wants to read them when he's done. 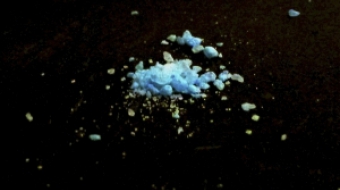