Prentice's loss signals a tough time for Conservatives in Alberta 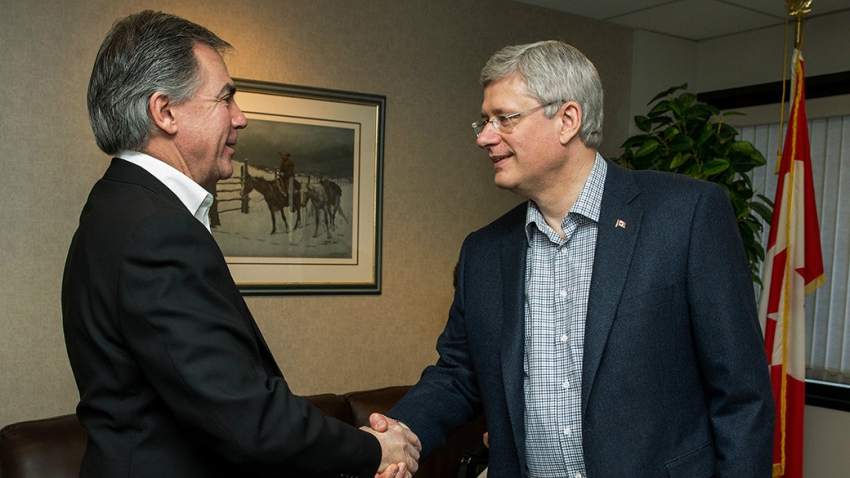 From the top down, Alberta's provincial election was tough for Conservatives.

In his concession speech, former premier Jim Prentice announced his "contribution to public life is now at an end," as he abdicated leadership and his MLA seat, effective immediately.

Prentice, a former coal mine worker and eventual Enbridge lobbyist, began public life in the shadows of political power. In 2002, his first appearance in a federal election was sidelined to let Stephen Harper run without conservative opposition on the Calgary Southwest ballot.

By 2004, Prentice's call for unity amongst the political right resonated to elect him as an MP on the conservative back bench. When Harper's party won a minority government in 2006, Prentice was appointed as Indian and Northern Affairs Minister. In successive governments he would serve as Industry and Environment Minister. When Prentice left office to work for Enbridge, he was expected to resuscitate the delayed Northern Gateway pipeline project.

Less than a year later, he was back on the back on the campaign trail after Alison Redford announced her resignation as Premier and leader of the Alberta PCs. The CBC reported Prentice had been a "key lieutenant of Stephen Harper" in Ottawa, as he rose to take the reins of leadership in Edmonton.

Cracks in the public's confidence about the incumbent surfaced with the Prentice government's first budget announcement. They grew wider as Rachel Notley's "Orange chinook" flowed into the Leader's debate and cleaved the race wide open before the vote.

Prior to the election, Prentice told Albertans to "look in the mirror" for the source of the Province's budget woes. Perhaps, those who did saw the reflection of someone who had voted for the same party since the year Justin Trudeau was born, back when gas was $0.30 a gallon. In record numbers, Albertans cast support elsewhere this time around.

Rachel Notley — whose father was an NDP MLA first elected the last time Alberta changed governments — proved a perfect foil for the fear and smear campaign mounted by the Alberta PCs and business leaders with ties to the party.

"Friends, I believe that change has come to Alberta," the new premier told supporters gathered to celebrate the win.

Notley has vowed to block Northern Gateway, though she continues to support the Trans Mountain and Energy East pipelines.

The NDP campaigned on a move to create jobs by refining Alberta oil, rather than exporting raw bitumen.

How to meet the market for Alberta oil without the use of pipes, trucks and trains has yet to be addressed — but the tide shift did play well with voters under the weight of economic hindsight and collective regret.

A rapid oil crash bottomed the Alberta coffers but after years of high revenue the public was in no mood for austerity policies or any other legislative scolding.

In the final days before the vote, reports of billion-dollar losses due to an Alberta Tory accounting blunder went viral. The response from the PCs was to turn up the rhetoric with innuendos about the devastation to which an NDP win would lead. Federal health minister Rona Ambrose even jumped in, warning Albertans about the "risky experiment" of electing an NDP government.

The PCs said the business community of Alberta would never stand for it, a charge the NDP handled as fear tactics of a political monolith in its death throes.

Few provincial elections have gained as much public attention as this one, which pulled Canada's petro-energy reserves out of their classical home amidst a centre-right conservative economic policy.

As votes were put in boxes on election day, the stars remained in the sky over Great Slave Lake. Oil prices pushed above the US$60 per barrel benchmark and the market was not greatly affected at the the news the Tories had fallen. At present, in Alberta business continues as usual.

Harper and Modi's visit to Vancouver fraught with tension and protests