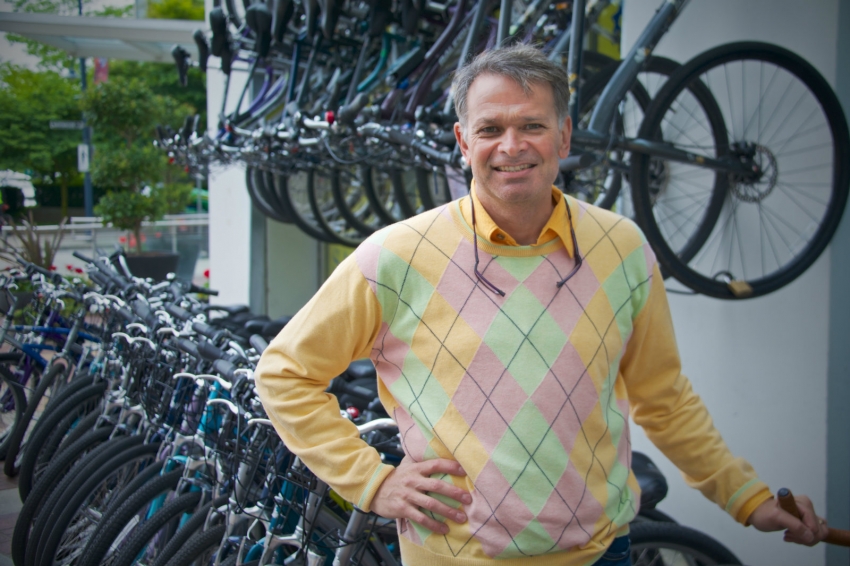 Paul Dragan stands outside the Yaletown location of his bike shop on May 13, 2015 photo by Danny Kresnyak

A year ago, Paul Dragan lay in a coma, fighting for his life. Shot outside of his bicycle store, Dragan lost almost 80 per cent of his blood volume and flat-lined twice as the ambulance rushed him to the trauma unit.

Last week, The Retail Council of Canada named the local businessman, who owns a mini-chain of three Reckless Bike Stores in Vancouver, the 2015 Retail Ambassador of the Year.

The retail industry will pay tribute to Dragan in early June at the council's Excellence in Retailing Awards Gala in Toronto.

In an interview with the Vancouver Observer, Dragan said he is back to "60 per cent," although the healing process continues to test his resolve.

A former international cycling competitor and past president of the B.C. Cyclists Association, Dragan admitted the limitations on his stamina post-trauma are frustrating. "I tire easily; I have to look for a chair or bench to sit on."

The award comes nearly one year after the shooting that gripped the Yaletown neighbourhood and that made national headlines.

An ex-employee of Dragan's, Battersby is alleged to have gunned down Dragan outside of his store before fleeing on bike to the seawall at Science World. He exchanged fire with police before being shot and taken into custody.

Today, Dragan said he has no memory of the incident.

He said the last thing he remembers is talking to his shop manager on the sidewalk in front the Starbucks across the street from the Reckless location at 110 Davie street. 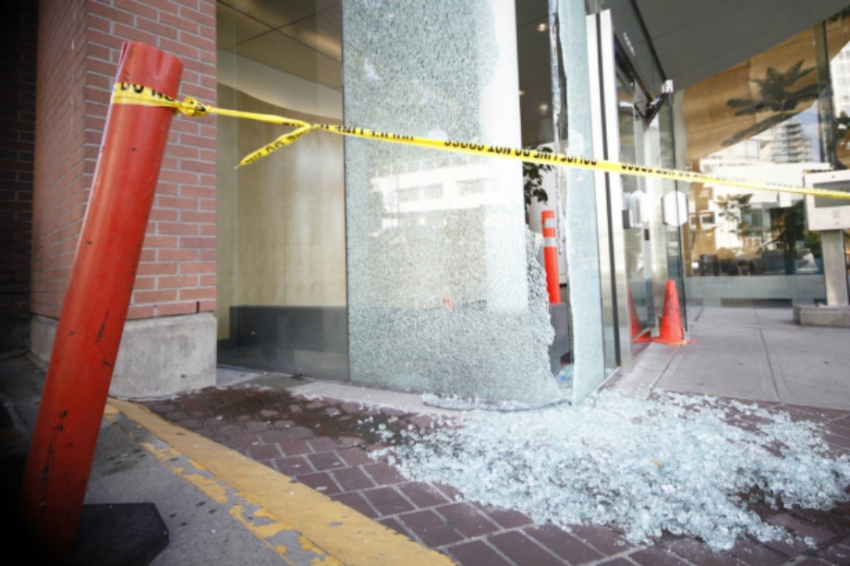 Photo of shooting scene on June 11, 2014 by Mychaylo Prystupa

For Dragan, the eight or nine days after that shooting are a blur. His first clear memory is his wife's face as she told him he'd been shot and was in the hospital.

Dragan's memento of the incident is a 70-centimetre scar, from armpit to armpit. He received that on the operating table as trauma surgeon Dr. Morad Hameed cut his breast plate and manually pumped his heart to maintain the flow of blood to Dragan's brain.

Doctors have called Dragan's recovery from the near fatal incident “miraculous” and the RCC hail his work as innovative, visionary and an integral part of his community.

A strong desire to live

"The bullet went in here," said Dragan, pointing to his chest.

"And exited next to my spine."

He lost nearly 80 per cent of his blood in the shooting. Reports from the day said he lost so much it had to be swept out of the back of the ambulance.

“When I talk to the medical people, that’s when I go: holy smokes, none of these guys thought I was going to be alive,” he said.

Dragan attributes his resiliency to expert medical care, good luck and a strong desire to live. He believes a fresh chapter in his story began in the hospital bed, after the shooting.

“The type of injury, the usual outcome for a trauma as severe as mine, coupled with the blood loss, is death," he said, "so the post-incident recovery for these medical people, they don’t have much of a reference to go on."

It took Dragan about six weeks to return to work. Six more weeks passed before he could visit the coffee shop visible through his store's window.

"I can get coffee there, but it's still not in my top 10 places to visit."

But Dragan pushes himself to go further everyday.

“I’ve always been active, always been fit," he said. "My recovery to me is almost what I’d call normal.”

He says the ordeal brought him closer to his wife, his family and the extended network of neighbours that rallied around him to organize a barbecue and blood drive in  his support.

Dragan said in hindsight he underestimated the mental "challenges" haunting Battersby, a former employee and tenant.

The shooting has increased his awareness of danger, but has not changed his approach to business or his personal outlook, Dragan said.

"Potential employees are vetted more closely now," he noted. "But would I help a guy out again? I think so, yeah."

Dragan remains dedicated to the same “small town customer-service” that's been his philosophy since he opened his first shop on Fir street 29 years ago.

“I have more wins than losses when I’ve helped someone out."

For the bike store owner, this year is about getting back on track. Before he was shot, he opened an electric bicycle store and intends to continue developing that line of business.

Paul Dragan and his wife Ericka plan to attend the Retail Council of Canada awards dinner in Toronto on June 2.

Afterward, they will join friends and neighbours in Yaletown-Roundhouse to commemorate the one year anniversary of the blood drive barbecue on June 17.

According to Dragan the highlight this year will be "I get to attend it."

Shootings at Yaletown and Science World