The Canada-China Foreign Investment Promotion and Protection Act (FIPPA), Canada's biggest foreign trade treaty since NAFTA, will get domestic approval status at the end of October. It's a mutually-binding agreement that Canada and China protect and respect the rights of investors from the partnering country. What will it mean for prospective small and medium Canadian businesses in China? 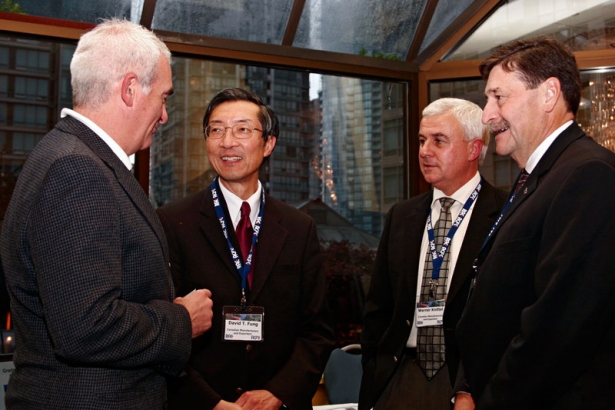 Canadians looking to start a business in China should know their rights and when to exercise them, says a veteran China-Canada business watcher.

"In general [small to medium enterprises, SMEs] always have a disadvantage because they're small. They don't have the resources and know all the rights are available to them," said David T. Fung, a vice-chair of the China-Canada Business Council and CEO with partnerships in China, Europe, and North America.

Fung told The Vancouver Observer about the challenges many  small to medium-sized enterprises (SMEs) face in China, and what they mean in light of a Canada-China investor protection treaty (known as the Canada-China FIPA) that is slated to get domestic approval from the majority Conservative parliament at the end of the month.

If passed, the treaty will bind the Chinese and Canadian governments (federal and provincial) to its clauses for up to 31 years pending China completing its own domestic approval process.

Fung said that the treaty provides some recourse against the biggest hazards to prospective small and medium-sized Canadian investments in China: its immature legal system and powerful mayors.

"In the case of China, it is particularly challenging because of the immature court and legal system," he said, citing a lack of experienced judges.

"China only started training lawyers in a significant way only 15 to 20 years ago," he said. "A law school grad may be a qualified lawyer but does not make a good judge until they have 15, 20, 30 years of experience. Very few judges in China have that kind of experience and background."

He noted that many Chinese judges and lawyers are struggling with a rapidly evolving economic environment in China.

"China is bringing in more and more legislation to be closer to the system that we operate under," he said, referring to Canada's regulation system. However,  he advises to be wary of mayors.

"Very often in more remote or less developed cities, the mayors of these cities have enormous power," he said, and contrasted this to Canada, where mayors have limited powers in the overall poliitcal hierarchy, and are required to work with an elected city council.

The mayor of a city could change his or her mind, and decide that they would no longer supply water to a factory, he explained. This is a case where the FIPPA is helpful to Canadian investors in China, as it allows for them to appeal to a tribunal independent of the Chinese court system.

"If the investor could actually take that local government to court outside China to settle particular disputes if they have not been treated fairly."

Fung offers a key piece of advice to Canadians who aspire to invest or start a business in China: immerse yourself in the culture, and learn the language. There is a imbalance of trade in brain power when it comes to Canada and China.

"Future Chinese executives who have studied in Canada would be a lot more able to adapt to the Canadian system and legal environment compared to Canadian executives who would be very fearful to work on cultural adaptation."

China's censorship comes at too high a cost