As the decision on China's $15-billion Nexen bid looms, here are some lessons that Africa's experience can teach Canadians about business with Beijing. 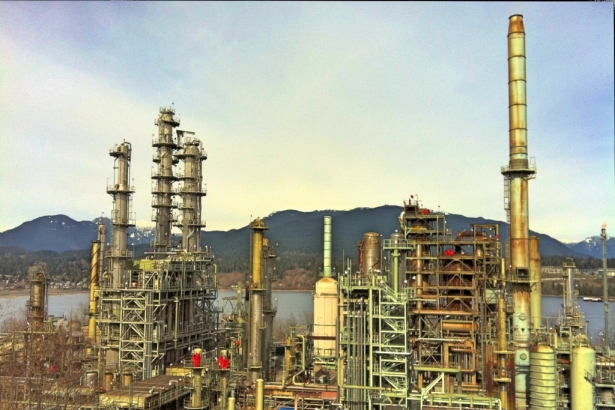 One of China's leading “strategic partners” is struggling to diversify oil-dependent exports to the People's Republic, amidst a multi-billion-dollar energy deal that would – literally – fuel the Far Eastern giant's burgeoning economy.

No, this is is not another article about China's foray into developing African markets. This is about Canada.

Parliament Hill is slated to decide, in little over a month, whether to approve Chinese state-owned energy giant CNOOC's contentious $15.1 billion bid for Nexen, a Canadian oil producer with far-reaching international operations.

Geographical distance aside, elements of the quintessential China in Africa story are there: Rosy rhetoric about a lopsided “win-win” business alliance; China's fixation with importing little more than fuels and other finite natural resources that, while abundant, cannot promise the exporting population prosperity in perpetuity; and calls for more diverse trade to enrich various sectors.

Prime Minister Stephen Harper praised the Sino-Canadian “strategic partnership” – a term echoed by Chinese press releases and speeches on the nation's business with Africa – on his trip to Beijing this year, meanwhile asking for trade diversification.

And Beijing has made various gestures to refocus its imports from Canada's other sectors, penning in February, a deal to purchase six planes from Canada's Bombardier Aerospace at anywhere between $260 to 490 million, depending on contract options.

No CNOOC or No China?

Still, when Beijing announced its intent to purchase Nexen, there was outcry in the Canadian press, and not just about China's lust for Canadian natural resources.

Much as Western media has observed that Chinese enterprise in Africa may bring bad business practices, including corruption and environmental degradation to the oft-colonized, evermore promising continent, the Toronto Sun published a scathing response to Beijing's bid for Canadian oil entitled “No CNOOC for Canucks.”

“We know the communism doctrine of Red China ... demands its financial transactions to be one-way,” the article read, explaining that Canada has not bought into Chinese oil reserves.

“Communism, after all, has never been philanthropic it said.”

Despite articles like The Sun's, studies show Canadians are still uncertain about the deal.

A recent release from Canada's New Democratic Party (NDP), vehemently opposed to the bid, cited a study from surveyors at Abacus Data saying that nearly 60 percent of Canadians are against it.

The release, however, conveniently omits findings that nearly 60 percent of the little over 2,000 'Canucks' questioned were also entirely unaware of the bid before questioning.

The study does not go into why some Canadians feel the way they do about CNOOC.

Articles like The Sun's show that some Canadians oppose not the deal itself as much as China's ruling ideology, which some analysts say is to the detriment of Canada's economic growth.

“China is a business partner like others, with some differences in the internal political system. We might not like that system, but that has little do with business interactions,” said Sven Grimm, director of widely renowned authority on Chinese business in Africa, South Africa's Centre for Chinese Studies at Stellenbosch University.

Like Canada, South Africa's foremost business partner was the United States, until China in took the lead in 2009, “diversifying the range of partners,” according to Grimm.

In recent years, China has also boosted trade with various other African partners from Algeria to Zimbabwe.

“This is, overall, a much welcomed change for many African states that have long been dependent on a few European and North American partners,” Grimm said.

Chinese business in Africa has been problematic. African employees at Chinese enterprises have faced poor labor conditions and non-payment of wages. Beijing's business has propped up and armed regimes like Khartoum's, infamous for orchestrating a genocide against its own people.

But of course, US business and foreign aid has propped up dictatorships like that of Ethiopia's recently deceased PM Meles Zenawi across Africa and exploited the continent's natural resources to the detriment of its people, as with the Shell Oil Company in Nigeria.

One of the countries is nominally capitalist and democratic, the other nominally socialist and dictatorial. Both have brought documented instances of corruption to Africa and both have undeniably boosted the continent's economic growth.

Grimm observed that more competition for African markets – from traditional partners in the West and increasingly from China – has acted as a boon to the continent.

“The general feeling is: The more the merrier,” he said.

Grimm believes it is to the detriment of an economy like Canada's to marginalize one player for ideological reasons. A US monopoly on African business allows oft-exploitative US enterprises free reign and the local business community no choices.

“China is a global power in the making, and we therefore better learn how to engage with them.”

The US in Canada: Blurring borders

“The Chinese state-owned enterprises are an extension of the Communist Party of China and threaten to erode sovereignty in different ways than other foreign investors,” May said.

The CNOOC bid “opens the door to more buy-outs,” she said, adding that “Canadians should pay much more attention to the fact that the majority of the oil sands operations are already foreign-owned.”

But May noted previously that the US's role as the leading purchaser of Canadian oil has highlighted a series of sovereignty issues between the North American nations.

May told The Vancouver Observer in a previous interview that former US president George W. Bush “used to refer to the (Canadian) Athabasca oil sands as United States domestic energy supply.”

“Under NAFTA, we're hard-wired to be the number one supplier of foreign oil to the US,” she said.

And Bush wasn't the only one who, in energy sales, failed to observe US-Canada borderlines.

A 2011 report entitled “The US-Canada Energy Relationship: Joined at the Well” from the US Congressional Research Service echoed the Republican president's sentiment.

“The United States and Canada, while independent countries, effectively comprise a single integrated market for petroleum and natural gas,” the report read.