Jason Kenney won't meet with Don Chapman, but the Minister challenges the activist in the pages of a student newspaper. 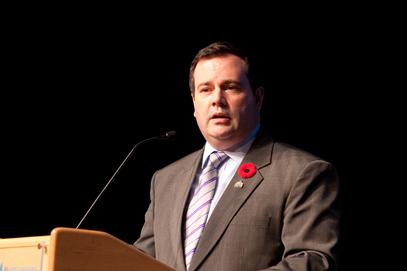 In his long and determined campaign to help “Lost Canadians,” advocate Don Chapman says he has repeatedly, but unsuccessfully, requested an audience with the Conservative Minister for Citizenship and Immigration, Jason Kenney.

Few would have guessed Champan’s first dialogue with the Minister would take place in the pages of The Brunswickan, a campus newspaper at the University of New Brunswick.

Hundreds of thousands of Lost Canadians were able to claim Canadian citizenship 18 months ago with the passage of Bill C-37, but there are still some who remain without the citizenship they believe is theirs.   Chapman is still on the warpath to bring justice for these people, especially since he foresees problems as they reach to retirement age and begin to apply for their pension.

Colin McPhail, the editor in chief of The Brunswickan, wrote a feature on the repercussions of Canada’s inconsistent and knotty citizenship laws when Chapman was in Fredericton last month.

In the Nov. 3 article, McPhail quotes Chapman and his analogies at length.  But McPhail made errors in his reporting and confused the difference between some Lost Canadians, a term coined by Chapman, and a stateless person.

Although he is correct to report that amendments to the legislation in 1977 did not benefit people born before 1947, he exaggerates the consequences.  McPhail writes, “…the policy changes did not function retroactively and many Canadians were still left out in the harsh cold of reality—stateless.”

Many Canadians lost their citizenship when they became citizens of another country. They were not made stateless.

The article also reports that Chapman estimates the numbers of Lost Canadians between 750,000 and one million people.

It’s these assertions—one a reporter’s error and the other speculation on the part of Chapman—that prompted a reaction from Kenney. The Minister addressed a letter to the editor of The Brunswickan and challenged Chapman’s claims. The letter was published online Nov. 10.

Kenney writes that the article “contains factual errors that create confusion about a serious subject.”

“I challenge Mr. Chapman to tell us how he has determined there are hundreds of thousands of ‘Lost Canadians.’ This figure is sensational and cannot be substantiated.

“I also challenge Mr. Chapman to explain how he determines that Canadian law has left a multitude of stateless babies. This is also sensational.”

Chapman does not claim Canadian law has left a multitude of stateless babies but says, “Today there exists the possibility that a Canadian citizen’s child could be born stateless.” Rachel Chandler is an example.

In a lengthy letter, Chapman replied to Kenney in the opinion pages of The Brunswickan Nov. 17. Melynda Jarratt, a historian specializing in the stories of war brides, also wrote a letter expressing doubt about Kenney’s statements.

Chapman, whose tenacious lobbying has resulted in five amendments and the most recent overhaul of Canada’s citizenship laws, wrote “…for the first time, Mr. Kenney, you’re communicating. Hopefully this signals a start.”

The VO requested an interview with Kenney regarding this exchange, but was answered by media spokesperson for Citizenship and Immigration Canada, Kelli Fraser.

She said the number of remaining Lost Canadians is unknown. “We don’t know how many people became citizens on Jan. 1, 1947 and of those how many left Canada and lost their citizenship.  Canada does not track numbers of people who leave the country.”

She said the U.S. Department of Homeland Security estimates 240,000 Americans may have been born or naturalized in Canada but then became U.S. citizens between 1948 and 1977.  These people and their children are now eligible for Canadian citizenship.

“We don’t know people who could benefit from new legislation," said Fraser.

Of those who stand to benefit from additional changes to the law, Fraser was not counting Lost Canadians born before 1947, when the first Citizenship Act was created. There is limited recourse for these people, including “for people born before 1947 who were either born abroad to a Canadian parent or born in Canada and then raised abroad perhaps by parents who became citizens of another country, such as the U.S.”

Of this group approaching their mid-60s, including men and women born in Canada, Fraser said they “would not be Canadian citizens.”

These cases do arise, “occasionally, but not in the thousands,” and are addressed on a case-by-case basis. However, Jackie Scott's problems are still not resolved.

Citizenship and Immigration Canada considers candidates for a special grant of citizenship, known as a 5(4). Since 2007 through the end of March of this year, 247 special grants have been issued. Fraser said half have been for lost Canadians.

A former employee of the same office as Fraser said those born before 1947 can request the special grant and ask for favourable recommendation, which comes directly from Jason Kenney. “But they aren’t getting these favorable recommendations,” said the former civil servant who spoke on condition of anonymity. “This goes against what is fair.  They are the victims.”

Chapman is challenging Kenney to an open debate, not limited to the pages of a newspaper.

It appears he won’t get one.

“Currently the Minister has no plans to meet Chapman,” Fraser said.