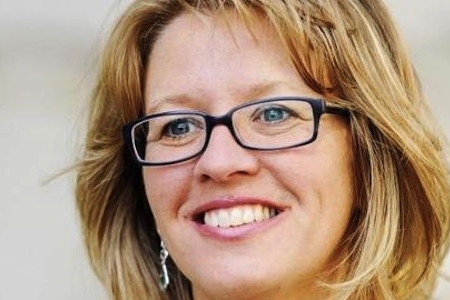 Right-wing commentator and blogger Vivian Krause gave a keynote address at the Vancouver Board of Trade on Tuesday, in which she questioned the validity of climate change and condemned US funding of Canadian environmental charities as part of a conspiracy against Canada’s economic interests. The address was a ‘blind sponsor’ event, which meant that the sponsor requested not to be publicly listed on the Board of Trade website.

The last time the Board of Trade had an unlisted sponsor for a keynote address was in January, when federal Treasury Board President Tony Clement spoke about the Harper government’s budget policies. The Vancouver Board of Trade declined to comment on the blind sponsorship of the event.

Krause came to national attention in 2010 with a series of articles she authored in the National Post and the Financial Post, in which she suggested a hidden agenda behind private US funding of Canadian environmental charities.

Her blog “Fair Questions” focuses primarily on defending Alberta’s tar sands oil and the farmed salmon industries, and finding information to support her theory of a US conspiracy to control the development of Alberta’s oil sands to serve private American interests. She began her research in 2006 while working on a submission to the BC government's Special Committee on Sustainable Aquaculture, according to her site.

Although Krause claims to work from home “on [her] own nickel,” columnists such as The Vancouver Courier´s Allen Garr have questions about whether her research is truly independent from special interests.

In BC, Krause has become a polarizing figure in environmental circles for her public attacks on the David Suzuki Foundation. In a Financial Times column called “Suzuki’s Funding,” she called the Foundation’s US-funded Great Bear Rainforest campaign the “The Great Trade Barrier.”

Nationally, the former federal Conservative staffer's research spurred an $8 million Senate inquiry into alleged tax code violations by Canadian charities. So far, no charities have been found to have broken the law.

Allen Garr asks Vivian Krause where she gets her funding. The answer may surprise you.