Adults who’ve graduated from high school will be able to take fee-free high-school upgrade courses again thanks to B.C.’s new NDP government. The former BC Liberal government cut the funding in 2015. 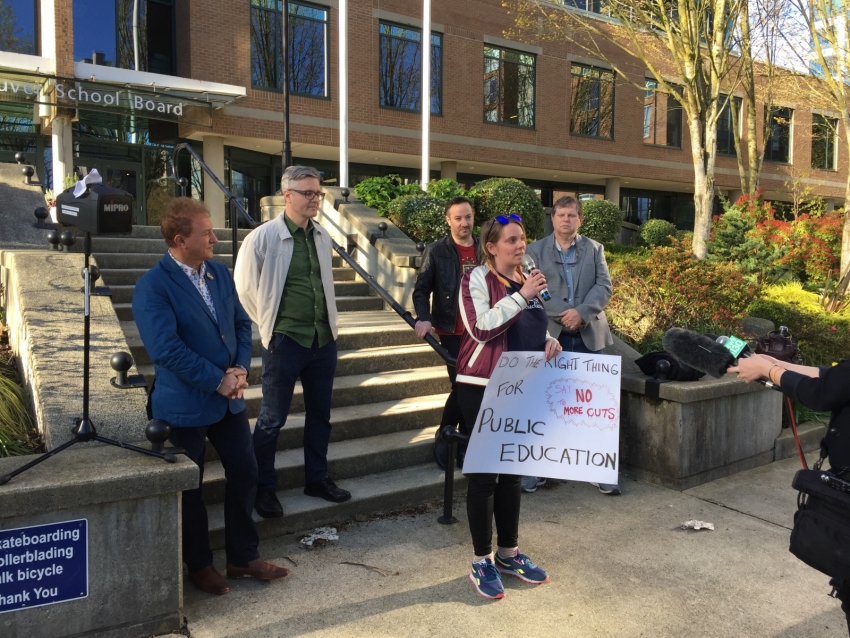 B.C.’s new premier wasted no time this week opening the door to adult education courses for students who faced steep tuition fees after the former B.C. Liberal government cut their funding in 2015.

I wrote about this issue four months ago and also back in January, after hearing that many students couldn’t afford to pay fees for the courses they needed to get into post-secondary programs.

Adult education courses that enabled all students over 16 to get B.C. high-school credits were fully funded by government until late 2014. The B.C. Liberal government cut funding for students who’d already graduated from any school, anywhere in the world. For many that effectively slammed the door shut on their hopes to go on to post-secondary programs.

It left students who didn’t have the right courses, or high enough marks, or who’d passed the courses with flying colours but had done so many years ago, with the option of ponying up $550 per course at Vancouver School Board (VSB) adult education centres or almost as much at post-secondary institutions like Vancouver Community College.

Restoring funding will make a huge difference in enabling students to move onto post-secondary programs that will qualify for better-paying jobs. That’s good for them and their families and good for all of us. Higher-wage earners pay more taxes and their kids tend to do better in school. It’s a win all ‘round.

Hollie Williams, the president of the BCTF sub-local that represents the VSB’s adult education teachers, agrees with me on that.

I reached her by text just as I was boarding a plane Tuesday morning and she replied “It's just incredible news for students who now have a chance to upgrade and/or complete their high school graduation."

Williams says the NDP government’s decision to reinstate adult education funding will reap long-term benefits for many students who were denied educational opportunities under the former government.

“It's such a relief to finally have a government that values adult education," Williams told me via text message.

The VSB says it will follow “ministry guidelines” in response to my question about whether they would refund students for course fees they’ve already paid for September. I assume that means there will be refunds.

A VSB spokesperson also confirmed to me Tuesday that the B.C. Liberal government’s appointed official trustee, Dianne Turner, will not re-open the Main Street adult education centre (located at Gladstone) that she ordered closed for next year despite the new government’s commitment to restore funding.

I wrote about that in June. She also won’t budge on her decision to cut the youth program at the VSB’s Gathering Place adult education centre downtown and reduce its hours for the few self-paced courses it still offers.

I hope to see the re-opening of VSB’s adult education centres to be an issue in the VSB by-election scheduled for October 14. If I was running — I’m not — I’d promise to re-open them and expand their time tables to provide flexibility so more students can access courses when and where they need to.

The government announcement says funding will be restored for English language learner courses as well — that’s great news too.

“Under that 2015 policy, Adult Basic Education and English Language Learning fees were set by each institution up to a maximum of $1,600 per semester of full-time studies, the equivalent of the average cost of tuition for an arts and science undergraduate program.

I’m sure there will be lots of celebrating about this announcement after much campaigning for funding restoration by students, teachers, college faculty associations, NDP MLAs and school trustees. Advocacy and democracy are a powerful and effective combination.