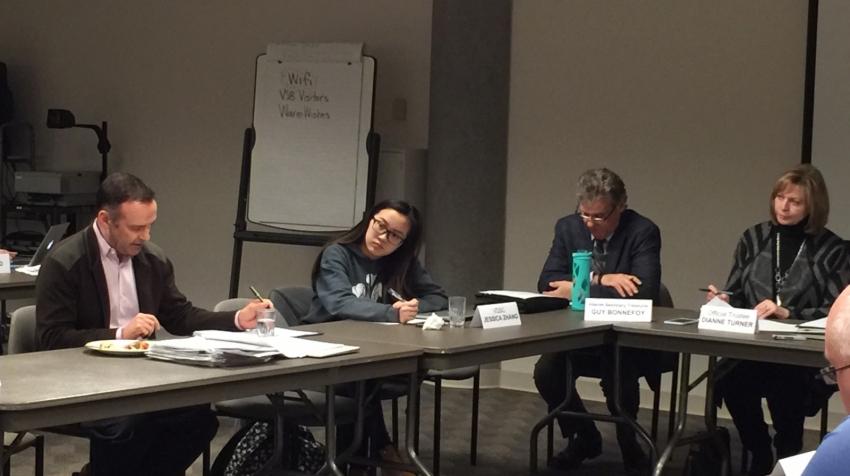 My daughter called me one day last fall to tell me her friend, who dreams of becoming a nurse, was distraught after trying to register to upgrade her high school science course credits so she could apply for nursing school. She’d run into the new, harsh reality for B.C. adults who have graduated from high school — upgrade courses that used to be free now come with hefty fees.

The friend, who I’m not naming to respect her privacy, is 22 and supports herself with two jobs. She rents an East Vancouver basement suite with two roommates and needs her car to get to work. Her income is just enough to make her ineligible for government grants to help with course fees yet she’s just scraping by and has some small debts she’s trying to pay off.

She’s one of hundreds of B.C. adult students who had the door to post-secondary education slam in their faces following the government’s quiet cancellation of its “Education Guarantee” two years ago. In what can best be described as a mean-spirited, penny-wise, pound-foolish decision, “graduated” students must pay for what used to be free high school courses to get the credits or marks they need to get into post-secondary programs.

The B.C. government announced the funding change in a December 2014 government news release that said: “… beginning May 1, 2015, the Ministry of Education will no longer provide funding to school districts for tuition-free upgrading courses for adults who already hold a high school diploma.”

I was an elected Vancouver School Board (VSB) trustee at the time and my colleagues and I responded swiftly to ask government to reconsider the decision as we feared this would mean many students would be unable to continue their education.

Our pleas, along with those of many others, were ignored and what we feared has come true — far fewer students are now taking these courses.

A report presented at the VSB’s Management Coordinating standing committee Jan. 4 meeting says their 2015/16 Adult Education enrolment was less than half of what it was in 2013/14. The total number of students who took one or more VSB Adult Education courses in 2013/14 was 6,661. That number plunged to 3,047 by 2015/16. The report says it's expected to drop even more for the current school year, once final numbers are in.

The Vancouver Secondary Teachers' Association president, Rory Brown, said at the meeting that the numbers were "brutal" and called for the school board to advocate for restoration of adult education funding. The board's sole, appointed trustee, Dianne Turner, who replaced the nine-member elected board after its October firing, did not respond to the call for advocacy.

This enrolment drop is bleak and ominous.

It’s bleak because many would-be students are now stuck in low-paying jobs because they can’t get prerequisites they need to get into post-secondary programs that would enable them to get better jobs. It’s ominous because the VSB report dryly notes that its “operational capacity is currently under-utilized.”

B.C. Education Minister Mike Bernier left some important things out of his year-end wrap up