Initially it all sounds amusing: those pesky killer whales are getting in the way of oil tanker shipping routes. But the gravity of Kinder Morgan’s arrogance becomes chilling when we look below the surface. 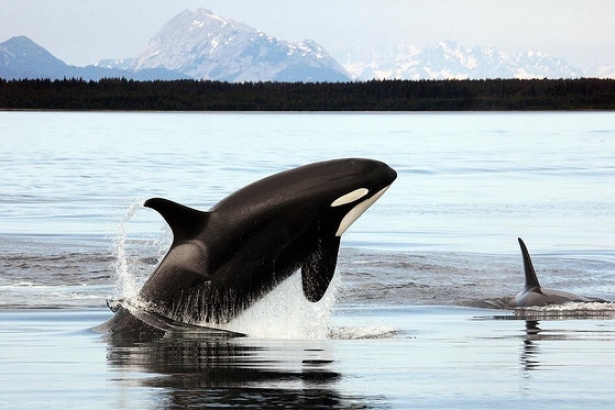 Most of us are aware of Kinder Morgan’s spin on oil spills. Sure, an oil spill is a problem, but if we would just think of it as a business opportunity, it's not so bad.

“Spill response and clean-up creates business and employment opportunities for affected communities, regions, and clean-up service providers,” the company states. The net overall effect? That’s up to us. It depends on “the willingness of local businesses and residents to pursue response opportunities”.

This “intelligence” was extracted from the depths of Kinder Morgan’s 15,000 page National Energy Board application. The company wants to triple its Trans Mountain Pipeline System’s capacity and increase annual Aframax oil tanker transits across the Salish Sea—including English Bay and Burrard Inlet—by 580 per cent.

Well, get ready. There are more bon mots in Kinder Morgan’s Application.

Initially, it's a bit amusing. Those pesky killer whales, getting in the way of oil tanker shipping routes. But the gravity of Kinder Morgan’s arrogance becomes chilling when we look below the surface.

Southern resident killer whales are a particular population of Orcas also known as the “J” Clan. This marine mammal is identified as endangered under the Species at Risk Act. The Act defines an endangered species as a “wildlife species that is facing imminent extirpation or extinction” and its “critical habitat”—the habitat necessary for its recovery or survival—must be protected. In fact, the preamble to the Act describes the preservation of the habitat of species at risk as being “key to their conservation”.

The four risks to Orcas’ habitat are reductions in the availability of salmon, environmental contamination—even without an oil spill—and physical and acoustic disturbance.

Today, there are only about 82 J-Clan members left. They travel in three pods and rely primarily on salmon as their food source. Their critical habitat already has an oil tanker superhighway running through it.

Current crude oil exports from Kinder Morgan’s Westridge marine facilities means as many as 120 transits a year crossing the Salish Sea. Kinder Morgan plans to construct three new berths to allow up to 816 Aframax transits a year—more than two a day.

Noise from ships are known to cause sensory disturbances for whales who rely on their heightened sonar to communicate and forage for food. The Orca’s ability to rely on their sensory system is critical to their survival.