A leading US media misinforms 350,000 Chinese Web users with an SEO-conscious Top 10 list. 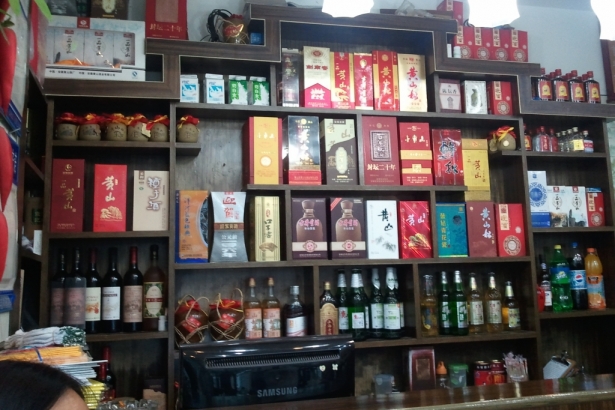 Chinese Web users lauding themselves as the second-biggest drinkers in the world  may have spoken too soon.

In a list of the “10 most alcohol-loving nations,” China came in second, reported Chinese social media site Sina Weibo, in a discussion prompt that elicited some 350,000 responses in under a day.

Some users' responses bordered on the triumphalist. There is a sense in Chinese culture – as in many alcohol-consuming, machismo cultures – that one's 酒量 (jiuliang – tolerance for liquor) is an expression of their strength and masculinity. Others decried the fact that some of China's alcohol supply isn't genuine liquor at all, but a series of cheaper, toxic knock-offs.

The prompt behind the flurry of responses cited an unnamed, unlinked “US news outlet." The mystery media: CNN, in one of US media's (in)famous, eye-catching, Search Engine Optimization-friendly Top 10 lists.

No scientific approach to the rankings. No market analysis. No adjustment for population – Are there as many big drinkers in geographically diminutive South Korea as there are in all of Russia and Australia? Who knows?

“China's rapid economic expansion has seen it become a major consumer of oil, steel and other raw materials. With all that thirsty work, it must surely also have its eyes on the rest of the world's refreshments,” the article read.

In recent years, international media has used the ebb and flow of Chinese wine imports as a measure for disposable incomes and the stability of the world's second-largest economy.

The article's tidbit on China offered some choice sweeping generalizations.

“The Chinese love celebratory drinking. Weddings, birthdays and business deals are all good excuses. Drinking takes the form of a series of increasingly incomprehensible toasts. To the outsider, this might seem tortuous. Just wait until the karaoke starts.”

A US social studies text from the 1950s I used for research in high school featured similarly useless information about Chinese society.

In 2013, it seems some Western interpretations of China are no more nuanced than they were over 60 years ago.

Most of the world probably “love[s] celebratory drinking” in “weddings, birthdays and business deals.”

Each of the countries listed included a classic drink and hangover cure.

“Classic drink: Baijiu -- a white spirit that can also be used to clean vomit from inside a taxi.

Hangover cure: Congee -- a porridge-like soup that unfortunately resembles stuff that could have been cleaned out of a taxi.”

Evidently, some humor probably goes down better with a strong drink.

Chinese baijiu (白酒, literally white liquor) is famously high-proof – some approaching 60% alcohol. You can often smell it across the room.

Chinese congee is indeed a lumpy, white soup. It's not beautiful. But it's also staple for most of the Greater China Region -- a treat, seasoned with various meats, seafood and spices, and what's more, it's an affordable one for many workaday Chinese.

During my time in the People's Republic, countless Chinese friends expressed that Western food is too heavy and meat-intensive, but the least subtle of Chinese big media has yet to note that our chili dogs often look like they're swimming in a helping of diarrhea.