A more varied trade portfolio: It's what's for dinner – in China. 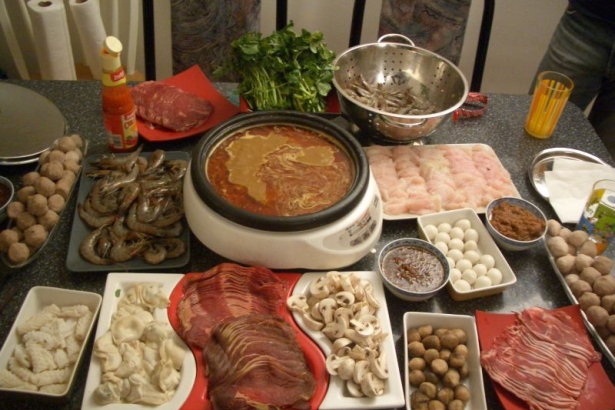 It appears the way to China's heart is through its stomach, as Ottawa continues to push for trade diversification with its partner in the Far East.

Amid a stream of newly penned energy deals, it is clear Chinese don't just want Canadian oil and gas. They want your meat.

Chinese consumers are letting out their belts, as wallets -- and guts -- expand with the economy.

China now consumes twice as much meat as the United States, reports say, a drastic rise particularly in the last few decades of economic expansion. New expendable incomes and the nation's perennial food safety concerns in the People's Republic have meat imports on the rise.

A more diverse trade portfolio: It's what's for dinner

Premier Stephen Harper has both praised the Canada's “strategic partnership” with China and asked for more trade diversification – Much as China's trade with various African nations, Canadian exports to the People's Republic are largely comprised of finite natural resources, used to fuel the ever-burgeoning Chinese economy.

Analysts often ask in abstract, when African oil fields and the Alberta tar sands are finally pumped dry, what industries will be left to enrich local populations? In other words, what will happen to Canada's GDP -- what bread will be left on Canadian tables -- when reserves are exhausted hundreds or thousands of years from now?

This question becomes even more prescient in the case of several African countries, where administrations stand accused of siphoning funds from international natural resource sales into foreign bank accounts, while their nations lack in public services to combat hunger and illness. For these nations – and perhaps for Canada, in the event that its signature universal health care is privatized – another question arises: When did the Canadian and African natural resources enrich the nation at all?

Meat may represent an opportunity for Canada to broaden its horizons in the East. Unlike oil deposits, at least cows have calves.