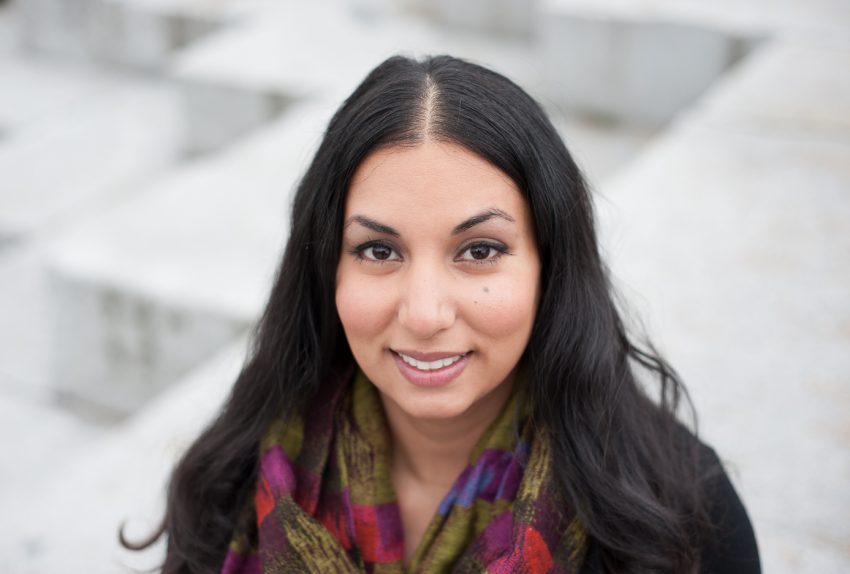 A month from now, Vision Park Board member Niki Sharma could make history in the municipal election -- if elected, she would be Vancouver's first South Asian woman on city council.

As a lawyer and new mother, her schedule these days is demanding. She now works four days a week at Aboriginal law firm Donovan and Co, manages Park Board duties, and is now also working on her campaign.
It's a weekend, but she's up at an hour that many are sleeping in. The cafe where she's agreed to meet for an interview is still virtually empty.

Sharma said she's running for a seat on city council because she believes women need a strong presence in politics.
"It's not easy, but I think it's important for women to stay involved. At almost every level, we are still not making it to 50-50 gender balance in  government. Women are not making it to the higher levels positions and to the top seats of boards. We're not reaching equality."
She said she sometimes takes her baby with her to work, to show that women can be good parents without withdrawing from public life.
"That's why I bring Mira to events. She's almost a year old now. I bring her to meetings because some people think women can no can longer be public, after they have a baby, and I think that's a problem with society." 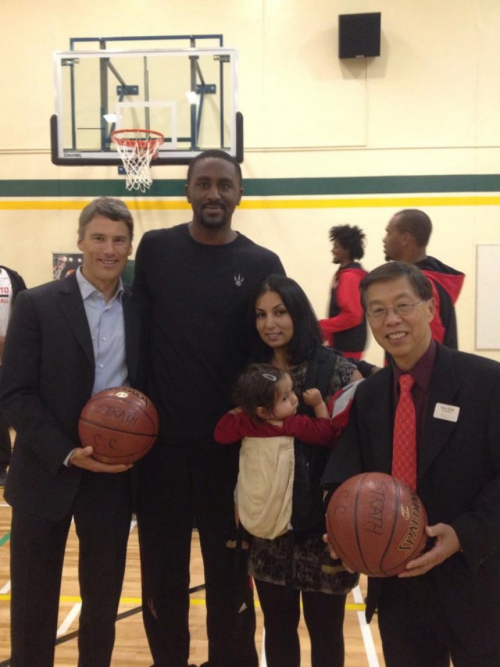 Sharma, second from right, with her daughter Mira.
At 34, Sharma believes she brings representation not only as a woman, but also as a young person trying to establish a family in Vancouver.

"When we talk about affordability, there are a lot of people who think: 'Can I afford to stay in Vancouver, or do I have to leave?'
"Childcare is very expensive. We're facing that, right now."
Even though cheap childcare is still not available for all Vancouverites, the City recently made headway by announcing a capital plan that allots an ambitious $30 million toward childcare.
"I think I offer a perspective that is needed in council," Sharma said, adding that she represents people who care about affordability, childcare, transit, and climate change.

All in the family

In many ways, Sharma's active involvement in politics  was inspired by  her parents, who immigrated to B.C. from India. Her mother, Rose, recently made her third run for city council in the small town of Sparwood, where Sharma grew up.
"She ran more than once and was not successful -- but she's always been an amazing volunteer," Sharma said, her voice filled with pride for her mother, who was described by her neighbours as a "jewel to our community".
"She's so smart and I have a lot of admiration for her. She always gives of herself to the community and that's had a big impact on me."
With a wide smile, she recalled that her mother was constantly bringing Sharma and her three sisters out to events, just like she's doing these days with Mira.

"She had us volunteering at community centres before we were old enough to even know what we were doing."
Watching her mother, Sharma said she grew up learning about the importance of active civic engagement.

Sharma is working to be elected to city council, but said her 'end game' isn't to climb up the political ladder to get to Victoria and Ottawa.
"To be honest, my ambitions for politics end with Vision," she said.
"I committed to Vision because I was frustrated at not seeing government reflect what people thought was important. I was excited by the values Vision brought to the table."
Sharma's foray into politics began because she knew Sarah Blyth, who was running for Park Board in 2008. Once Blyth got elected in 2008, she got involved in building the city's the Greenest City Action Plan. In 2011, she ran as a candidate for Park Board for the first time and won.
"I'm happy to be part of a government talking about climate change and how to change our lifestyle to mitigate it," she said. "These are hard issues."
Read More:
Share on Facebook Share on Twitter