The superstar inspired confidence in the community, Cookie Simpson, who was at a lunch with DiCaprio and Aronofsky, said. 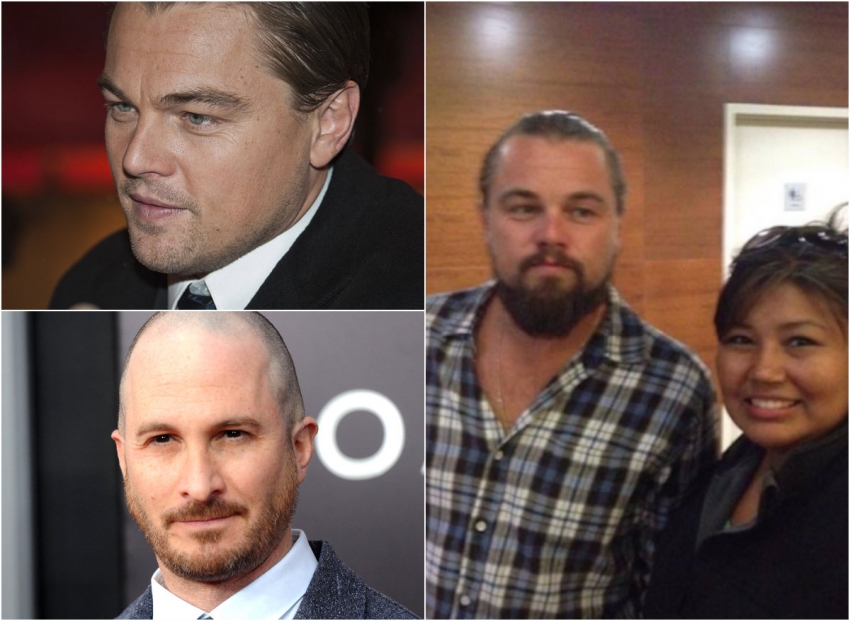 Leonardo Di Caprio's car drove into town and the megastar jumped out and walked straight to the banks of  the Athabasca Lake. He  took in the beauty. A small group consisting of chiefs and councillors stood talking with him.  "He was in such awe of the environment. He stood at the edge of the lake. He stood there for a good half hour, talking to people there," Cookie Simpson said.

For most of the time, Cookie Simpson remained in silence. Hollywood superstar Leonardo DiCaprio went to have lunch with some 30 members of the Athabasca Chipewyan First Nation, in Alberta, and while he spoke with the Elders, Simpson just ate and listened. Somebody was consistently present with a camera, capturing the visit on film.

According to Simpson, DiCaprio was there together with acclaimed director Darren Aronofsky, (Noah, Black Swan, The Wrestler) on a mission to gather information for an upcoming environmental documentary.

“[He wanted] just to see the destruction that’s around our area. I feel we have another advocate on our side. It’s so nice because the government will always say there’s nothing wrong with Fort Chipewyan, but their monitoring sucks,” Simpson told the Vancouver Observer.

Simpson has seen her share of Hollywood celebrities from the unlikely location of Fort Chipewyan, population 847. She remembers Avatar’s director James Cameron coming to the area with environmental concerns. Yet, she says, he never came back, nor did he follow through on offering help. Most celebrities visit the oil sands area once and then forget about it, she said. She has a different feeling about DiCaprio, she said.

"I could tell he cares," she said, saying he seemed genuinely concerned. DiCaprio, who describes himself as an "actor and environmentalist" in his twitter profile, has been one of the leading voices on climate change in Hollywood for years. He produced a film on climate change in 2007, The 11th Hour, and donated $7 million toward ocean conservation and $3 million for wildlife conservation recently.

The highlight came when Simpson got to present DeCaprio and Aronofsky with a gift of the moccasins she makes from bear hide. "After I presented him with the moccasins, I told them what they were made of. Then I said I need a hug.  He just grabbed me and he hugged me. Now, I'm walking on air.  I'm not going to wash my shirt. I wish I was young again," she added with a girlish laugh. She said they were smelling the hide on the moccasins.

When the star and the director arrived, Simpson says they met with the chief and council of the Mikisew Cree First Nations and then with the leadership of the Athabasca First Nations." Following that, they ate a home-cooked lunch, and that was when the moccasins were presented.  "Now, he’s gone on a boat ride with one of the regular people from Fort. Chip," she said.

“Cameron came here and we never heard nothing back from him. He said he would help us out and we never heard anything.  But Leonardo is here now and he seems much more caring, so much more interested. He’s doing his documentary anyways on the environment. I’m sure when his movie comes out, I’m sure he’s going to be on our side,” Simpson said, after noting that the Titanic actor seemed upset by the destruction by the tar sands on the local environment.

Photograph of DiCaprio near Lake Athabasca by Beverly Simpson 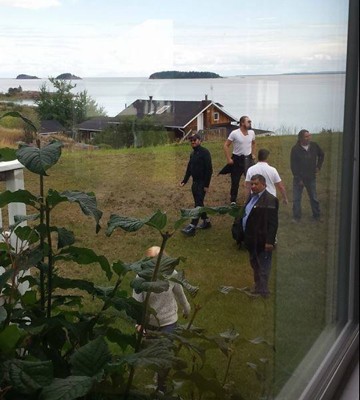