Third in a series investigating B.C.'s trophy hunt. Read part one and two for the whole story. 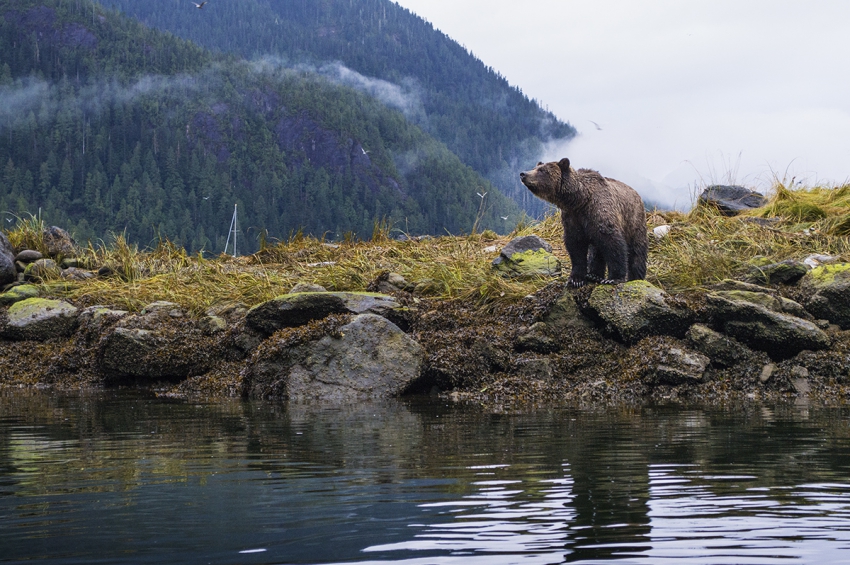 Dressed in a black cowboy hat, B.C. Premier Christy Clark beams at the camera as she accepts the President's Award from the Guide Outfitters Association of B.C. The year is 2012, and the outfitters are gathered for their annual convention in Kelowna. Clark has just announced new regulatory changes to benefit the hunting guides to cheers and applause.

"So awesome to have Premier Clark in attendance and noting her support for HUNTING and the role of hunters as conservationists and as the original eco-tourism promoters in B.C.!" a commenter gushed on the Guide Outfitters' Association (GOABC) Facebook page.

Representing 245 outfitters, GOABC is one of the key proponents of ongoing trophy hunting of grizzly bears. Its members constitute a small minority of B.C.'s population, but carry significant weight with the provincial Liberal government. 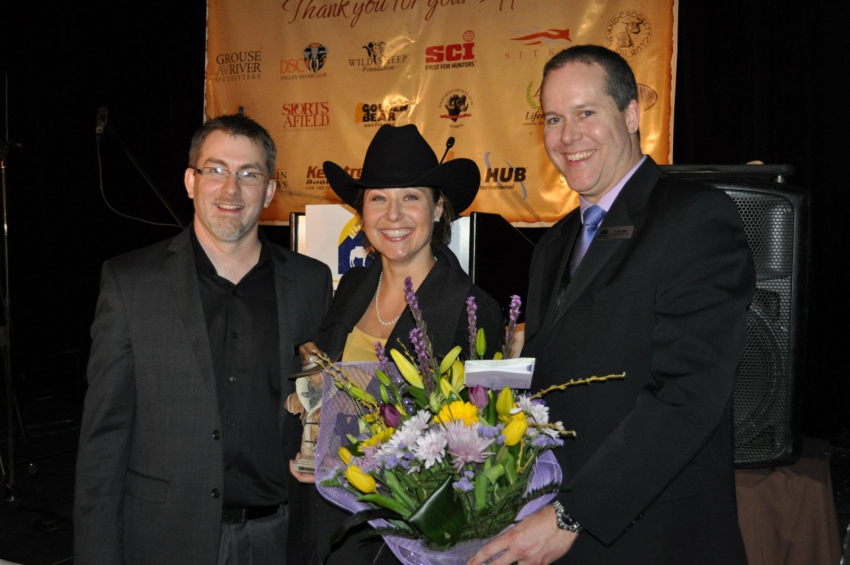 Like Canada's polar bears, B.C.'s grizzly bears have been listed as a "species of special concern" by the Committee on the Status of Endangered Wildlife in Canada (COSEWIC). Unlike their Arctic cousins, though, grizzly bears don't qualify for federally legislated conservation measures — despite the fact that B.C. grizzly numbers have dropped from an estimated 35,000 grizzlies in 1915 to possibly as low as six thousand today — and have become a coveted prize for trophy hunters.

The European Union embargoed the importation of B.C. grizzly bear parts and trophies into its 28 member countries because they believe it is not sustainably managed.

These policies are even starting to drive a wedge within the hunting community. Should foreign hunters be given licenses to hunt B.C.'s bears? Should they be hunted at all? As policies expand, many have raised critical questions about the politics behind expanding access to bear hunting in the province.

A strong voice for hunting in government

Key Liberal politicians in B.C. are champions of hunting, and by extension, the grizzly bear trophy hunt.

Bill Bennett, the current mining minister and a respected figure in East Kootenay, told fellow MLAs in 2002 that he represented hunters in the province.

Recreational hunting, he noted to the legislature, is "a topic near and dear to my heart... I speak this morning on behalf of the hunters in the East Kootenay but also for all those men and women in B.C. who hunt the mountains and valleys of our province. With respect, I will be their voice in this House today."

A focus on hunting has been consistent throughout Bennett's political career, from the Hunting and Fishing Heritage Act he introduced as a newcomer in 2001, to the newspaper ad he published in 2012 pledging to continue to support the right for hunters to kill grizzly bears in B.C. 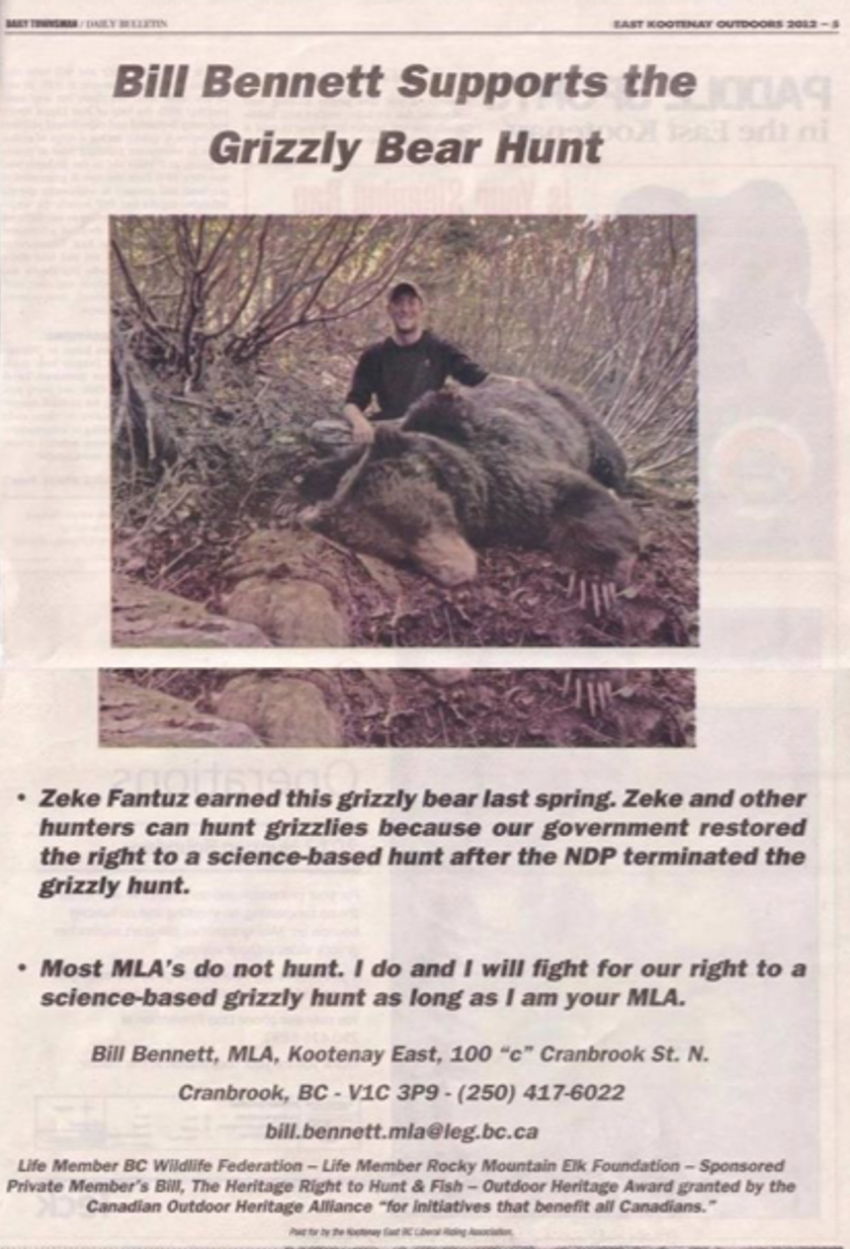