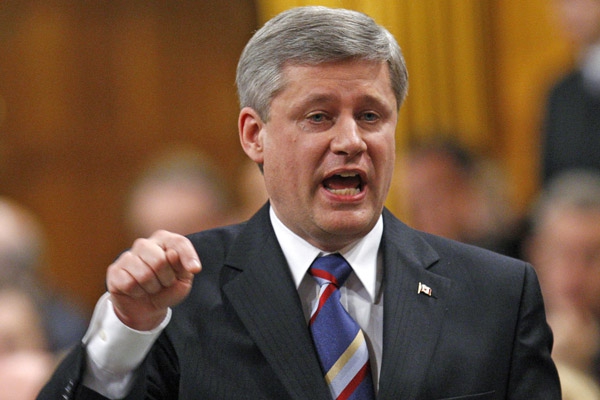 When the Canada Revenue Agency announced last week that it would audit seven of Canada’s largest environmental charities, those under scrutiny raised concerns the government is specifically targeting groups who oppose its policies.

Valerie Langer, director of BC forest campaigns for ForestEthics Solutions said the audits are a deliberate attempt to silence those who are most vocal in their opposition to the Alberta tar sands and other energy developments. And, she said, it has been going on for years.

Two years ago, when ForestEthics was a project working under Tides Canada, Tides was audited. In response to what Langer called an "increasingly hostile" environment for organizations working against the tar sands and climate change, the staff of the project decided to break out into two separate organizations--ForestEthics Advocacy and ForestEthics Solutions--to protect Tides. To avoid being targeted under the Charities Act, the two new groups were not registered as charities, counting on Canadians to support their work even without the tax receipt.

During the Tides audit two years ago, Langer herself spent a full week gathering documents and answering questions for auditor, and her role in the process was a minor one. She said two employees spent the better part of two months working with the CRA.The audit has never been officially closed, another tactic Langer said is meant to keep already overly cautious organizations on edge.

“They audit and they never close the audit, they never say you did something wrong, which means you always live in some kind of limbo that at any moment they could come back and ask for ten more documents here, another show of financials there. It’s never done. They just keep it open to harass and take up time.”

She compared the government's intimidation of environmental groups to the South African government's 1974 policy of restricting funding on groups who were critical of its apartheid policies.

“You can go through your roster of countries and take a look in the last few decades and see who has taken measures to silence opposition. It’s not the people whose ranks we want to join, but that’s the direction we’re going.”

But rather than deterring organizations from speaking out, the crackdown is  inspiring some to work together to fight back. After the 2012 budget was released with $8 million set aside for these audits, Environmental Defence along with many of the organizations on the list came together to fight back with a campaign called Blackout Speakout, calling on the public to stand up for democracy and the environment.

“First and foremost we’re pushing back by not shutting up,” said Gillian McEachern, campaigns director for Environmental Defence. She said the organization’s number one priority is to continue to raise awareness, particularly about issues related to tar sands development. “Attempting to silence groups that do this are risky and not really in keeping with open democratic debate our country is used to.”

McEachern believes the CRA is conflating political activity with partisanship by calling into question activities Environmental Defence has been using for decades to make change, such as urging citizens to contact their elected representatives to ask them to advocate for policy shifts. The audit began roughly two years ago and is still underway.

She said the audit is also likely the result of complaints filed against them by pro-tar sands groups Ethical Oil.

“There is clearly a systemic attack by oil industry representatives on the groups working on pipelines and tar sands.”

Nathan Cullen, MP for the Skeena-Bulkley Valley riding, said the logic behind the audits is less than sound, adding that if the Conservatives were really interested in curbing misspending of taxpayer money, they should look to their own party first.

“The idea that certain charities get special negative attention from the government because they raise their voices is distressing to me as a democrat,” he said in an interview with the Vancouver Observer. It’s a paranoia that Conservatives seem to have that they have these conspiracy theories that the world is out to get them and that it’s the poor oil companies that are being targeted.”

Mark Butler of Ecology Action Centre in Halifax believes Canadian charity law should do more to recognize the value of charities’ voices in pubic policy discussions and broaden the scope of political activities in which charities are allowed to participate.

“Instead of reducing charities’ ability to engage in public policy debate, we should be giving them more latitude to do so.”

In a report released earlier this year, retired Superior Court of Ontario Justice Maurice Cullity examined Canadian charity law and concluded that, when political activity is used to achieve charitable ends, it should be classified as a charitable activity.

He writes that in previous court cases to determine organizations' eligibility for charitable status, the terms purpose and activity are often conflated, resulting in decisions that didn't allow for political activities of any kind within a charitable purpose.

Butler believes this audit crackdown could have serious implications not just for environmental charities but for many others as well. He said the restricting of political activities would have the greatest impact on charities’ ability to tackle the root causes of issues by demanding policy change.

With files from Matthew Millar