Indigenous organizers say Reject and Protect gathering in DC marked the culmination of years spent building solidarity across nations and across borders, and that more will be on the way. 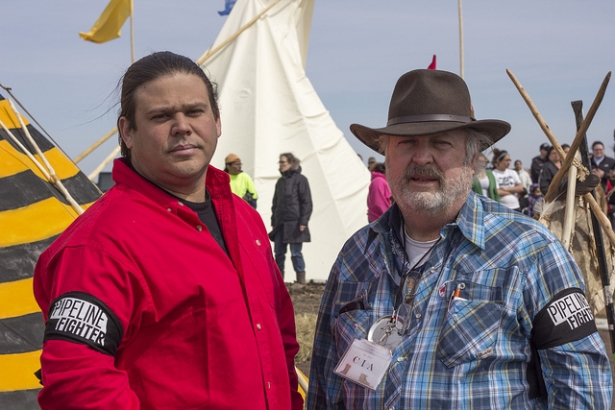 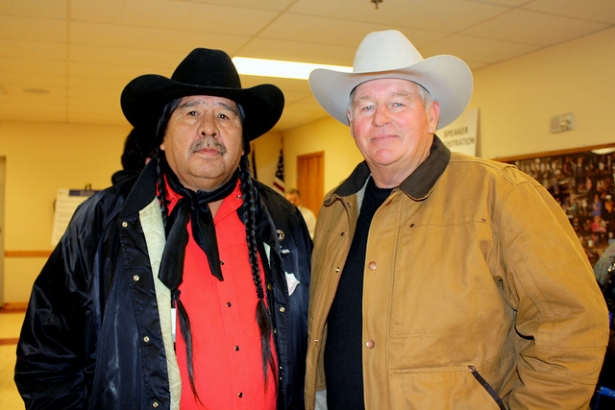 When energy campaigner and school teacher Crystal Lameman arrived in Washington DC on Sunday for the "Reject and Protect" Keystone XL protest, she saw dozens of First Nations people from all over Canada and the U.S.. Some were dressed in full regalia and many had brought drums.

Standing among them, talking and preparing for the morning's opening prayer ceremony, were numerous ranchers and farmers in cowboy boots and hats, wearing shirts with "Cowboy and Indian Alliance" printed on them.

“It was just this complete mixture of people in this crowd, working together, organizing and planning," she said.

But what really floored her were the actions those ranchers and farmers would take over the next several days.

When a group of delegates stormed the Canadian Embassy, ranchers led the way. When another delegation of protectors  stepped into the Reflecting Pool on the National Mall to prove their point — an arrestable offence — a non-Indigenous rancher spoke loudly to the public about governments’ responsibility to uphold the treaties with Indigenous peoples. 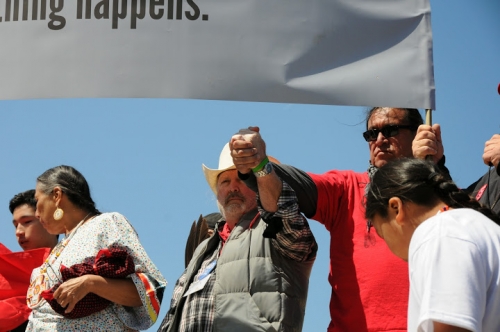 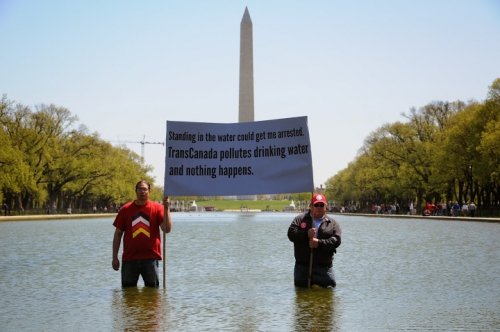 Photos above by Kristina Banks

“Coming from Alberta...to have that rancher step forward and acknowledge the treaty obligations of the beneficiaries of his treaty and remind the farmers and the ranchers that it’s their treaty, too, it was beautiful,” said Lameman, who is from the Beaver Lake Cree Nation near Alberta's oil fields. Her nation has sued the government of Alberta for allowing rapid tar sands development near their territory without proper consultation.

A groundswell of opposition

The Cowboy Indian Alliance's "Reject and Protect" protest in Washington is the result of a groundswell that has been years in the making.

When the proposal for Keystone in appeared in 2008, just days after the financial collapse, few people took notice. It would be several years before the current anti-pipeline movement would begin to take shape as First Nations in Canada and Native American nations slowly formed alliances and drafted solidarity documents. It would take longer still for that network of nations to join forces with the landowners along the Keystone XL route who were upset by TransCanada's plans to put the pipeline through the Ogallala aquifer, which was essential for drinking water and irrigation.

Lameman said this protest is a sign of how much things have changed, even in the last year-and-a half.

“I can say with conviction that prior to the whole Cowboys and Indians Alliance … when I first started doing this organizing, it was very difficult, because even some of our own people were not actively engaged or involved,” she said. 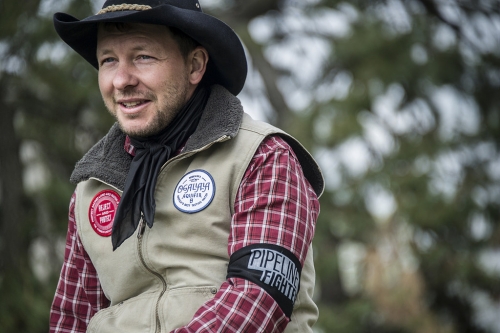 But as a new article in Bloomberg points out, in 2012, the Harper government passed omnibus bills to help quicken the building of pipelines to new oil markets.  Idle No More was born, and the very framework of protesting began to change in an important way.