"The political cartoonists who decide their job is holding a mirror up to the entrenched and powerful -- and for Charlie Hebdo, that has meant established religions and fanatics of any feather," cartoonist Dan Murphy said. 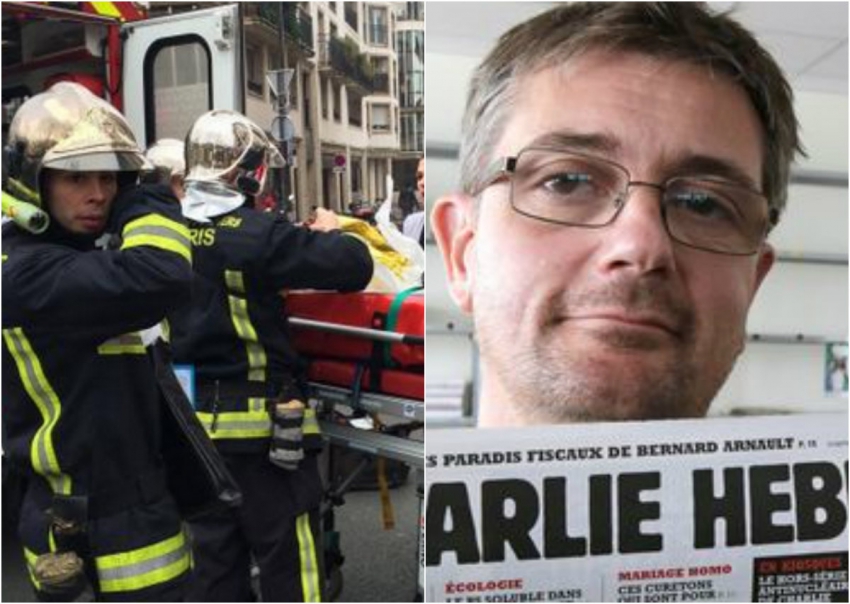 Canadian cartoonists reacted with shock at the shootings that left 12 dead at the office of French magazine Charlie Hébdo.

Dan Murphy, a member of the Cartoonist Rights Network International  and veteran cartoonist who worked for The Province newspaper for 25 years before his Enbridge Northern Gateway spoof enraged advertisers, said it was the role of political cartoonists to challenge power.
"The political cartoonists who decide their job is holding a mirror up to the entrenched and powerful -- and for Charlie Hebdo, that has meant established religions and fanatics of any feather," he told The Vancouver Observer.
"So you have artists like Zunar in Malaysia, Musa Kart in Turkey and Kanika Mishra in India publishing cartoon critiques, even while they're being charged with sedition and facing prison sentences and death threats. Ali Farzat had his hands broken by agents of Bashar al-Assad. The first thing Farzat did when his hands had mended enough was to post a photo of him giving Bashar the finger."
Murphy said nothing like the shootings at Charlie Hébdo has ever happened in North America. He noted that not all political cartoonists believe in being controversial or subversive.
"Political cartoonists come in a lot of shapes and sizes. There are plenty who are establishment. There will be some cartoonists who use this tragedy to their own xenophobic ends," he said.
"But plenty cartoonists will continue creating challenging cartoons that ask important questions. Some will always, whenever they come across a sacred cow, have to reach for the barbeque sauce."
Journalist and political cartoonist Geoff Olson, who has produced satirical content for over 20 years, said offending certain groups was 'part of the deal' in his line of work.
"Personally, I try to entertain without offending, but occasionally causing offence is part of the deal," he said. "Having an opinion is predicated on the fact that someone somewhere will disagree with you, sometimes strongly. Murderous repercussions are entirely other matter."
In the Canadian and U.S. context, Murphy said, the much bigger risk was editors pulling cartoons for fear of upsetting advertisers.
"The threat to editorial cartoonists in North America these days is from newspapers that are scared that their advertisers may be offended. So hereabouts, the main threat to political cartoonists remains dumb editors."
Read More:
Share on Facebook Share on Twitter