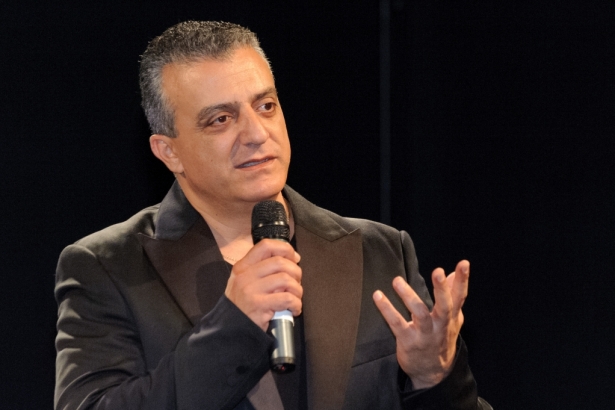 Sayed Kashua, an award-winning Arab-Israeli writer who is speaking in Vancouver on Saturday (March 9),  uses humour to convince his readers to to take their nationalistic identities less seriously – a challenging task in a place where individuals are often defined by their Arab or Jewish roots.

“Humour is a very important tool that I use to humanize and make it a little bit easier to deliver politically tough issues,” Kashua explained on the phone from Minneapolis. “I need to convince the Israeli reader and the Arab reader to listen to me, to convince him that I can make him laugh. As soon as I capture him with humour, I know that now I can tell him what I really want to say. By the end, I usually even make him cry.”

Kashua’s latest novel, Second Person Singular, deals with issues of identity and class in contemporary Israel. It follows the lives of an Arab criminal lawyer and an Arab social worker, both of whom hail from small Arab towns and struggle with their identity as a minority Jerusalem. The novel is set into motion when the lawyer, whose story is written in third person, discovers what appears to be a love note from his wife to another man. He irrationally jumps to the conclusion that she is having an affair and is influenced by conservative notions of honour, even as he voices more liberal views among his social circles in Jerusalem. Meanwhile, Amir Lahab, a poor social worker whose story is written in first person, discovers his passion for photography after taking on the Jewish identity of a comatose patient. As their narratives intertwine, Kashua raises complex issues about identity in Jerusalem.

Kashua’s writing is influenced by own experiences in the city. Born in Tira, he moved to Jerusalem to attend boarding school when he was 15.

“Maybe it was the decision to move from East Jerusalem to West Jerusalem –  to a Jewish neighbourhood in West Jerusalem – that taught me to think deeply about the meanings of identity and how I should raise my kids.” Kashua said of his own experiences. “What is identity? What is culture?”

Kashua hopes that his work - which includes three novels, a weekly  column in the Israeli newspaper Haaretz, and a satirical sitcom called Arab Labour -  will help to move Israeli society beyond the impasse created by the fortification of nationalist identities.

“We have to figure out how to build something together,” he said. “We can build the hopes of the next generation.”

Is a green-energy reckoning drawing nearer for the oilpatch?