The Vancouver Observer's new editor-in-chief Sandy Garossino plans to reinvigorate local coverage of business, tech, and affordability — and "bridge the gaps" to include women and excluded communities. 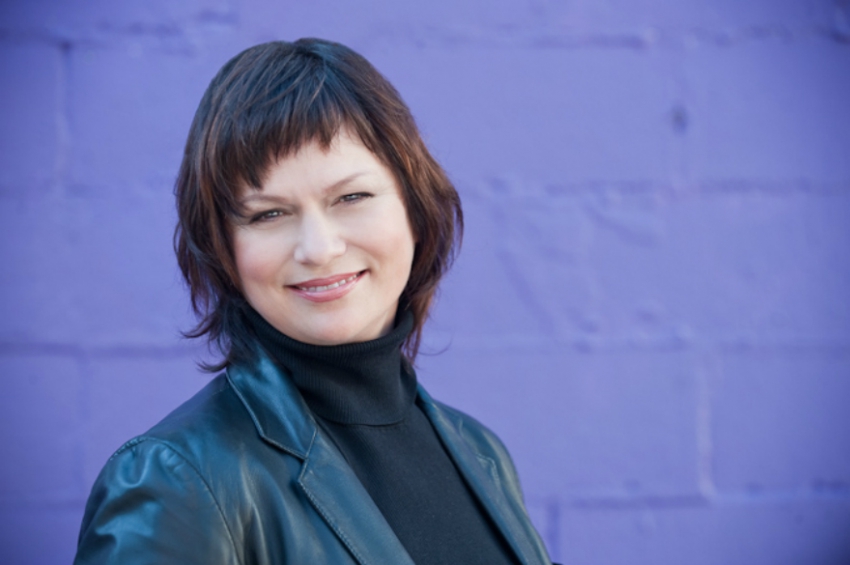 The Vancouver Observer is pleased to announce Sandy Garossino as the publication’s new editor-in-chief. Garossino takes over from former editor-in-chief Linda Solomon Wood, founder and CEO of Observer Media Group (OMG), who is now assuming that role at The National Observer.

“When Linda asked me to if I'd come on as editor-in-chief, I was as honoured as I was excited,” says Garossino. “The number-one thing that intrigued me about this opportunity is that the Vancouver Observer is a woman-founded, woman-owned and women-run media enterprise. And that’s actually almost unparalleled in North America.”

Garossino says she is often asked by friends and colleagues what makes the Vancouver Observer different.

“Although this is not a women’s publication, it is a publication led by women. That means we're going to see and interpret the world with a different voice.”

By way of example, Garossino cites media coverage of the current Metro Vancouver transit plebiscite. The referendum, she says, is “an absolutely essential issue that faces women— particularly low-income women and women from vulnerable or immigrant communities. They need to have transit for access to opportunity and the pathway to a future.”

“I have been pushing and pressing for there to be more attention paid to the fact that women outnumber men by 50 per cent as transit users, and in particular low-income women. This has not been a point of focus in the mainstream media.”

While content will continue to be relevant and of interest to all readers, says Garossino, ongoing subject areas such as technology, transportation, and business will be be “viewed through a lens that includes and reflects—rather than ignores— the experience of women."

“We will pursue local investigative stories and publish those stories. They may appear in both publications, the same way a National Post story might turn up in the Vancouver Sun and vice versa," she notes. "But it’s also time for the Vancouver Observer to return to its roots a little bit and take a closer look at Vancouver itself.”

Coverage will include urban politics, planning and development, and in particular the "massive" affordability crisis.

“We want to look more closely at issues related to affordability and what the implications are going forward, particularly for young people."

A “lost in translation” city

Garossino, a frequent contributor to Global’s "BC 1" and The Huffington Post, is known to many Vancouver residents for her leadership of the anti-casino advocacy group Vancouver Not Vegas, her championing of public education during the recent teachers' strike, and her outspoken support for sexual assault survivors during the Ghomeshi scandal.

Her career spans publishing, business and law. Once a Crown prosecutor, she was the principal and legal director of two Metro Vancouver taxi companies, Richmond Cabs and Royal City Taxi.

She served as board member of the Vancouver International Writer’s Festival for ten years, and co-founded House of Parlance Media—publishing works such as Shane Koyczan’s Stickboy (recently  adapted by the Vancouver Opera) and mobile graphic novel downloads with Avril Lavigne, Random House and Sony Music.

She also co-founded the Red Hood Project with Raffi, in an early effort to address criminal stalking and harassment of children online.

Garossino says that her long-running "strong support" for youth issues and education have her keeping an eye out for stories about Metro Vancouver teachers and public schools.

She is also passionate about including an even wider diversity of voices and communities in the Vancouver Observer.

“We have a ‘lost in translation’ city: a lot of communities that live parallel lives but we don’t talk to one another,” she says. “We need to bridge the gaps. We’re missing out on the opportunities to understand each other better and reach each other.”

She notes her intent to feature more writing by and about members of South Asian and Asian communities, among others—and recalls a relevant teaching exercise by B.C. poet Patrick Lane.

“The story goes that in his class he’d ask students to write a description of their family. When they'd finished, he’d say, ‘Now write about the person you left out.’”

“Metaphorically I think there is a lot in that for Vancouver.”

Beyond the resource economy: a new section on innovative business and technology

Garossino cocks a critical eyebrow at the “media trope” that B.C. is fundamentally a resource economy.

“We’re in the 21st century,” she says. “I want to build a business section about sustainable, renewable and innovative tech and businesses, and focus on what the future holds for business and enterprises that will solve problems, not create more of them.”

There is another side to the rise of technology, however, which is also of interest to Garossino: the relationship between technology and citizen rights.

“As the Internet leaves infancy behind, we’re starting to see critical issues surrounding the state, the citizen and this incredible platform that holds such great promise but also holds enormous perils,” she says. “Namely, surveillance, crime and online harassment.”

Garossino is determined that the Vancouver Observer’s coverage be tuned into “the ability technology has given some individuals, through social media platforms and other means, to pursue others and wreak incredible damage— particularly against women and those in minority communities.”