City kicks off Pride week with proclamation at new plaza

The Jim Deva Plaza is dedicated to the co-founder of Little Sister's Books and free speech and gay rights activist. 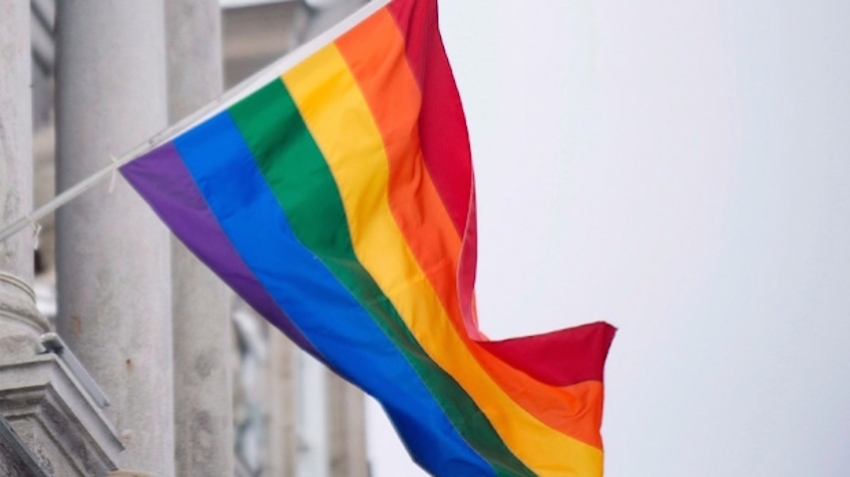 The ceremony was hosted by Joan-E and the proclamation was accepted by Vancouver Pride Society President Alan Jernigan, and Vice President Charmaine de Silva. It was the first event to take place at the soon-to-open Jim Deva Plaza.

The plaza will officially open this Thursday, July 28. In celebration, the City of Vancouver will hold a special community event to celebrate the life and legacy of Little Sister's Bookstore co-founder and gay rights and free speech activist Jim Deva.

"This year is especially important as we officially open Jim Deva Plaza to honour a community leader, dedicated activist, and friend to many. Pride is an opportunity for us to celebrate with our LGBTTQ+ community, everything we've achieved together, as we keep working toward equal legal and lived equality for all," said Mayor Gregor Robertson in a press release.

The event will feature baked goods, live entertainment, and other activities. It all starts at 4:30 P.M. with a ribbon cutting ceremony. Golden Goddess will host the event and there will be performances from acts like Carlotta Gurl and Top Line Vocal Collective, among others.

This year's Vancouver Pride Parade is happening on Sunday, July 31. The parade, now in its 38th year, will follow the same route as in previous years, starting at Robson and Bute and travel west on Robson to Denman, south on Denman to Beach, and east on Beach to Jervis.

There will be road closures along the parade route and traffic delays, so it's probably best to get there by walking, biking, or taking transit.

The following streets will be closed on July 31 for the parade (Times are approximate):

Robson and Denman streets will be re-opened once the parade has cleared and streets have been cleaned.