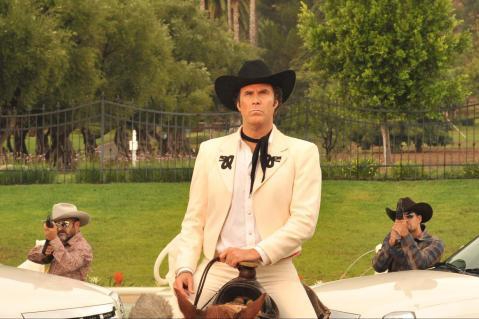 There are 132 feature films playing in the film portion of SXSW, 74 of which are world premieres, 17 North American premieres, and 11 U.S. premieres. That’s 12 hours of film viewing for the next 9 days. Here are the films we are looking forward to seeing.

Synopsis: Raised in the Tennessee mountains, Wayne White started his career as a cartoonist in NYC. He found success as one of the creators of the Pee-wee's Playhouse TV show which led to work designing some of the most iconic images in pop culture. The movie features Matt Groening, Mark Mothersbaugh, Todd Oldham, Paul Reubens, Gary Panter, Jonathan Dayton, Valerie Feris and many more.

Synopsis: The definitive life story of Bob Marley - musician, revolutionary, legend - from his early days to his rise to international superstardom. Made with the support of the Marley family, the film features rare footage, incredible performances and revelatory interviews with the people that knew him best. Directed by Academy Award Winner Kevin Macdonald.

Synopsis: 20 years after riots ripped through Los Angeles, "Uprising" documents how hip hop forecasted – and some say ignited – the worst civil unrest of the 20th century. The film revisits the riots in gripping detail and draws from a diverse collection of voices – the rappers, rioters, victims, police officers, journalists and everyday citizens of South Central Los Angeles. The documentary traces the rise of dissent in Los Angeles in the 80's and 90's and explores why citizens chose to rise up violently against police abuse and perceived injustices.

We are Legion: The Story of the Hacktivists

Synopsis:  This film takes us inside the world of Anonymous, the radical "hacktivist" collective that has redefined civil disobedience for the digital age. The film explores early hacktivist groups like Cult of the Dead Cow and Electronic Disturbance Theater, then moves to Anonymous' raucous beginnings on the website 4chan.

Through interviews with current members, people recently returned from prison or facing trial, writers, academics, activists and major players in various "raids," the documentary traces Anonymous’ evolution from merry pranksters to a full-blown movement with a global reach, the most transformative civil disobedience of our time.

Synopsis: From the producers of "Step Into Liquid", comes "Waiting For Lightning", the story of Danny Way, a young boy from a broken home in Vista, CA, whose passion for skateboarding would one day bring him and his creation, a ramp of prodigious and dangerous proportions, across many cultural and ideological boundaries to attempt the impossible: jump China’s Great Wall on a skateboard. It’s a film about how much abuse the body can sustain, how deep you have to dig to survive the betrayals of family, and how high and far dreams can fly.