South by Southwest (SXSW) is a mammoth of a festival, with approximately 32,000 registrants and over 5,000 events for their Interactive, Film, and Music components—not to mention, all the unofficial events and parties—that fill up the city of Austin, TX every March.

SXSW began as a music festival in 1987 to link Austin’s eclectic music scene with the rest of the United States. Twenty-five years later, this festival has expanded and diversified to connect even more creative people from around the world. Industry movers and shakers, leaders, and influencers converge here to share innovative ideas; launch new cutting edge products; and debut the next big sound. 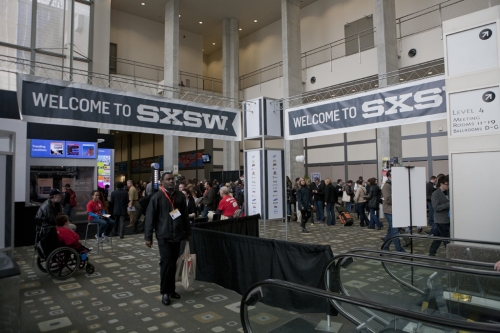 Obviously, we can only attempt to attend a few panels, parties, concerts/showcases, and films. As with any festival, we have loosely planned our schedule but we’ve left a great deal of it to serendipity.

Stay tuned for our up coming posts on the Vancouver Observer, and follow our tweets at @BoldLoveCmns (Kei) and @PictureListen (Chris) for cool photos and updates to our @VanObserver #SXSWadventures.