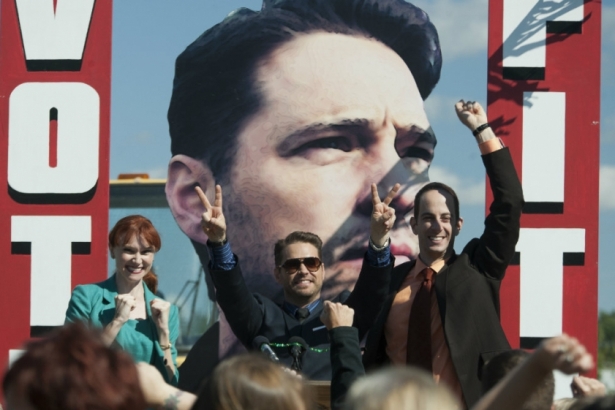 At the same time, some truly remarkable work is getting done on the cable networks. Here are two noteworthy shows that remind us how Canadian comedy can actually be pretty great (and wonderfully weird).

Jason Priestly plays a morally bankrupt, womanizing, alcoholic used car salesman who works at the family dealership. The actions centers around his life at the car dealership, where he works just as hard at seducing his female customers as at selling them used cars. In the pilot episode, his conscience (Larry played by Ernie Grunwald), appears out of nowhere wearing a bunny suit and rescues Fitz from a car accident. From there, Ernie settles into a job at Fitzpatrick Motors and into his role as the goodly yin to Fitz’s hedonic yang.

The show is built on a surreal premise and always keeps in touch with its underlying absurdity. Fitz is the kind of total bastard we all like to watch fail, yet still manages to retain enough of a sympathetic core that we find ourselves rooting for him is the end. He is an antihero surrounded by idiots, bastards, and chumps. If you can forgive his persistent misogyny, he will grow on you. Call Me Fitz is not for everyone, but it is very funny. Jason Priestly is surprisingly excellent, escpecially if you can remember the schlock which was Beverly Hills 90210.

Having said all that, the first two episodes of season three (which aired this past weekend) did not live up to the standard set is seasons one and two. The laughs were fewer and the jokes were often trite. The action felt forced at times and overly-contrived. However, I do see where the writers are going for this season and, even if it never regains the form of seasons one and two, it is still better than most Canadian content out there. Call Me Fitz airs on HBO Canada. 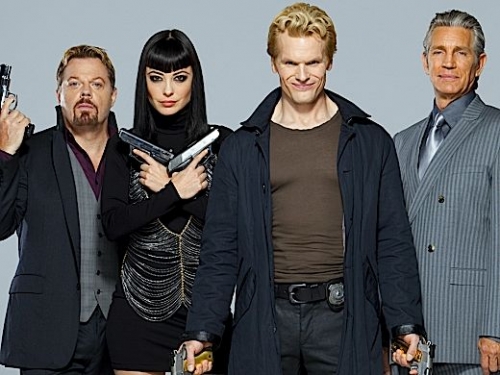 Bullet in the Face

Sometimes you see a show’s title and you just know that it has to be either terrible or awesome. This is one such show and it is not terrible. It is, in fact, one of the best pieces of farce I have seen in years. The premise is that a career criminal, assassin, and committed sociopath named Gunter Vogler gets shot in the face. Of course, he is merely wounded. The police secretly give him a face transplant and recruit him in order to take down a local crime lord (seems like the obvious thing to do, doesn’t it?). As it happens, this crime lord is Vogler’s former employer, with whose wife Vogler was having an affair before getting shot in the face. As well, Vogler’s new face belongs to the police officer that Vogler had killed just before himself getting shot. Part of Vogler’s cover is to assume the life of that officer and pair up with his old partner.

Bullet in the Face has cult classic written all over it. Whether it’s Max E. Williams’ Joker-esque performance as Vogler, Eddie Izzard’s performance as narcissistic crimelord Heinrich Tannhauser, or Neil Napier’s  portrayal of soft-spoken cowboy-doofus cop Karl Hagerman, each character gets an opportunity to be funny and to lampoon a familiar crime-story trope. While many will find this show too absurd, lovers of farcical satire will be elated. Soon after that, they will be profoundly depressed to learn that there are only six episodes in the season. Bullet in the Face airs on Superchannel.