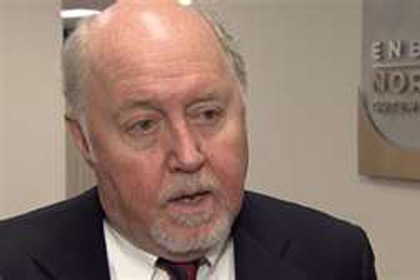 During an interview with Paul Stanway, spokesperson for Enbridge and former communications director in the office of Alberta’s Premier Ed Stelmach, I asked his view on the 2011 International Energy Agency report. That report states that any fossil fuel infrastructure built in the next five years will create irreversible climate change. With new infrastructure, the world “will lose forever” the chance to prevent the two degree increase in temperature that is a catastrophe for us all.

Stanway responded, “I’m not familiar with that report.”

He agreed that the world has to reduce its reliance on fossil fuel to save the planet, and admitted to having grandchildren himself. But he believes in a different time frame for change.  “It’s quite clear that in a couple decades energy delivery will change,” he told me.

Unfortunately, according to the IEA report, a couple of decades later will be too late.

Lack of due diligence?

The theme of lack of due diligence and/or misrepresentation by Enbridge recurs among members of northern First Nations when speaking about Enbridge. Members the Haisla, the Gitxsan, the Wet’suwet’en and the Haida gave no credence to Stanway’s claim that “more than 20 groups who in recent weeks have fully executed and endorsed equity participation agreements deals with Enbridge."

Their disbelief appears to arise from two factors. First, there's the matter of the individual from the Gitxsan Treaty Society who operated outside of the customary Gitxsan governance to sign a deal with Enbridge that Stanway claimed was on behalf of the First Nation.

In the view of Gitxsan Chief Yvonne Lattie, there is small chance that the agreements could be the result of an informed community process. “If it’s anything like what [Stanway] pulled off with the Gitxsan, its more back room deals with people who are sitting in the offices and getting the benefits from them,” Chief Lattie said. “The people of the communities probably have no knowledge of these agreements he’s talking about.”

Gerald Amos of the Haisla First Nation has heard nothing of the agreements.

“I’ve done a lot of traveling and a lot of talking to our neighbours. I haven’t run into too many people in any of the affected communities that think Enbridge is a good thing. I think there was a sentiment at one time that this was a done deal and we should just get what we can,” he told me, “but that idea has taken a big hit lately.  Enbridge needs to come clean and tell us, who are these twenty groups that you’re talking about? I simply don’t believe it.”

Dianne Shanoss, the Executive Director of the Gitanmaax Band Council and member of the Gitxsan First Nation said, “I haven’t heard of any other agreements. We got a lot of backlash from other First Nations about the Gitxsan Treaty Society’s deal with Enbridge. I have no idea what they’re talking about.”

“I think they’re being strategic in how they’re going after people,” she said. “But they can’t produce those names. I’d be strung up at the cross if I entered into an agreement without talking to my band council or my community members.”