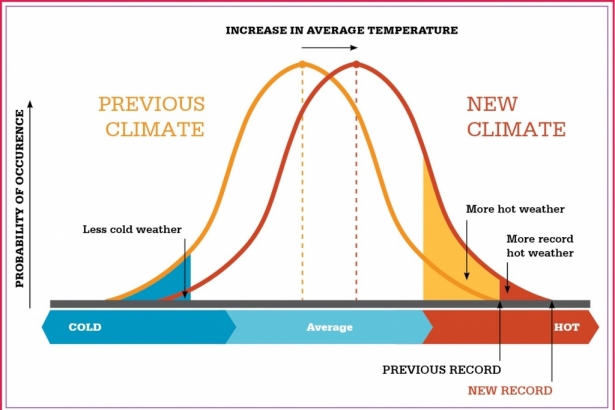 I’m training for a half marathon right now and I hate the 6am training runs. I especially hate the interval training runs, so much so that I’ve stopped doing them at 6am because doing hard intervals at that time of the morning will probably make me cry before I’ve even had breakfast.

Why am I torturing myself like this? Well, mostly I need to have the fear of an impending race/deadline to get my butt out of bed in the morning to train. If I don’t have that fear of ‘if I don’t get up and run right now I’m going to collapse on race day’, then it’s all to easy to hit snooze, take it easy just this once and suddenly realize it’s June.

I’ve been seeing more and more articles about how the fight to save ourselves from climate change is over. It’s too late, we’re headed to the next mass extinction, we needed to start it 30 years ago, let’s just take our bat and our ball and go home.

I mean sure, it’s easy enough for James Lovelock who is over 70 years old to say 'Enjoy life while you can. Because if you're lucky it's going to be 20 years before it hits the fan.' He’s not going to be around to see it.

Of course it makes for great punditry when you can be the contrarian who seems to stick out from the crowd and say that everything everyone has done on climate change over the last 25 years is a colossal failure. You get the benefits of being too cool to help out now, and the ability to say ‘I told you so’ in a few decades time if we do fail to act on climate change after being told over and over we’re failing.

You know what else this is? Really unhelpful. It’s not an option to say ‘oh, I guess we’ve missed that deadline – time to give up eh?’ because when you do that you’re telling me, and everyone else who is going to be around in 2050 that our future doesn’t count and you don’t believe we’re going to stand up for it. Just because it’s hard doesn’t mean we can’t do it.

Last week, hundreds of students chained themselves to the fence of the White House to protest the reckless expansion of unnecessary fossil fuel infrastructure. One of the quotes to come out of the protest was something I’m really excited to hear people talking about – the fact that fossil fuels are last century’s form of energy, not this century’s.

Nicholas Umpleby, a 22-year-old student from the University of Vermont said; “People need to be aware of the fact that fossil fuels at this point are obsolete. There is no valid reason why we should continue building any type of infrastructure that supports fossil fuels. We have the technology to establish infrastructure for clean energy—wind, solar, tidal and wave energy. Fossil fuels only pollute the environment. There are no positives associated with fossil fuels.”

This is the future. People of my generation will be the ones to live the reality of climate change. When 2050 rolls around and I am still working, the globe may be staring down the barrel of a 2oC warmer world. It is my reality; it is the reality of my friends and coworkers. It is a reality where buying a house needs to take into account height above sea level rise. It is a reality where the location you retire in may be limited by access to water and functioning agriculture.

It is a reality we can choose to avoid. So no, the climate movement isn’t perfect and it’s really hard when you’re fighting against such wealthy vested interests, but it’s not a fight we can avoid or give up on – it is our reality and our future and I’m damn-well going to keep fighting for it.