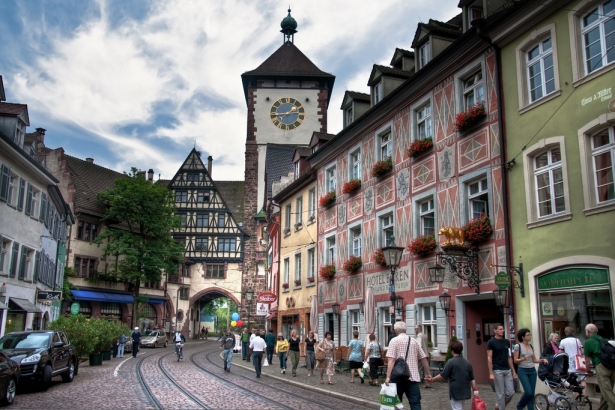 If someone had sat me down when I first decided to sign up for a German class and pointed out that I would need to learn the German word for every word I know in English (which is a lot) and then also need to learn all the connections and the grammar as well, I never would have begun.

It would have been too much – to overwhelming with no idea where to start and definitely no end point.

Luckily, I had a great teacher who managed to make me believe that learning another language was achievable and gave it to me in small enough bites that I felt like I was getting somewhere, without being distracted by the overwhelming amount that I didn’t know about the language.

Seven years later I know much more. I can have a grammatically incorrect conversation with a classmate and am more aware of exactly how much I don’t know about the structure and nuance of the language. In the process, I developed a love of learning the language and a determination for it to all one day make sense auf Detusch. It still hurts my brain, I still stumble embarrassingly all the time and I still know very little in the scheme of things, but it won’t stop me getting there.

This is how we need to think about tackling the issue of climate change. If we all sit down and talk about exactly how screwed the whole of humanity and everything we have built is because of our unrestrained carbon addiction, it’s totally overwhelming. There’s no place to start, there’s no place to end, everything interconnects with unintended consequences, so there’s no point in even beginning.

Because we have to do everything we can all at once in every different sector to decarbonize our economy, we need to break it down into manageable chunks, the same way my German teacher did for me before I even knew how to conjugate a verb. We need a starting point and a few milestones, not a distant ending point. We know what the end point will be – it will be a decarbonized economy, but that’s a good decade or two away and is too distant to be useful in keeping anyone motivated to keep going.

We need to celebrate the small milestones in the same way that I celebrate a little every time I remember the correct preposition the first time around and know to use ‘auf’ not ‘an’ or ‘mit’. These are the things that keep us going and the things that fuel us and make us know that the end goal – the really distant one - is coming. It’s in the distance, but each small milestone gets us closer.

So the next time you have a conversation with someone about climate, don’t start with mass extinction and the whole world is screwed. Pick a starting point and just take one slice. Then move to the next slice and the next. We’ll get there sooner than we know it, and by then I might even be able to discuss it with you in German. 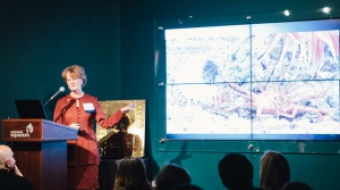