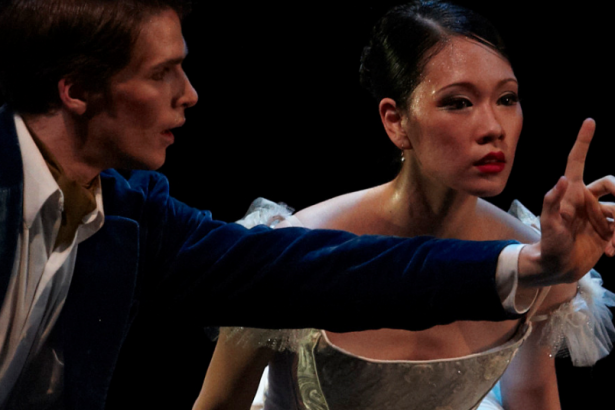 Vancouver native and Royal Winnipeg Ballet member Sophia Lee is living the story of Svengali. Plucked from the corps de ballet to play one of the leads is heady stuff indeed, but Lee, whose passion for the art form is impressive, is up for the challenge. At The Centre for Performing Arts April 20 to 22, her friends and family will be packing the audience to watch her interpretation of the young woman manipulated to fame by a man yearning for recognition.

Lee attended the RWB School when she was 16, after her teachers at the Cameron Academy of Classical Ballet in Langley saw her potential. "My teachers encouraged me to audition for the RWB summer school," explained Lee in a phone conversation from Toronto. "I didn't get into the full time program the first time but tried again the next year, and did."

Graduating from the RWB Professional Division in 2010, where as a student she recieved the school's two most prestigious awards—The Arnold Spohr Scholarship and the Prince Edward Award—last season she trained in the School's Aspirant program and bypassed an apprenticeship with the company to go straight into the corps de ballet. Now, she plays Svengali’s First in Mark Godden's version of Svengali, which was based on the novel Trilby by George du Maurier and the film treatment by Guy Maddin.

Lee's lack of guile and naivety—she just turned 21—won her the part on talent alone. "When I first found out from Mark Godden that I got the part, I was shocked. I didn't even realize that it was an audition.I thought we were just trying out some movement until different people were called out and I found out that I got one of the bigger parts." 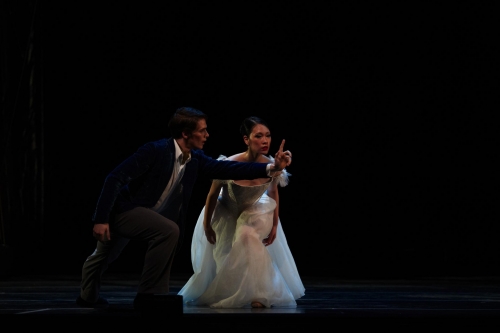 Godden, choreographer of the company's Dracula, blends classical technique with contemporary sensibility, to form dances that delve into the psychological underpinnings of human behaviour. Svengali is no different requiring the dancers to call upon their acting capabilities as much as their technical prowess.

"I always liked acting, the notion of being someone else and playing a character," Lee elaborated. "I am Svengali's first victim. It's really emotional and it's different every time I perform it."

Using the music of Sergei Rachmaninov, Franz Liszt, Phillip Glass and Amsterdan Klezmer Bandm, Godden explores the original master of mind control who escapes his mother's ballet studio to live in the decadent world of the mid-century Wiemar Republic.

For Lee, everything about the dance world enchants. "I'm really, really happy. I really like the company and the artistic director (André Lewis). It's like a family. There are bad times but it's such a great time dancing on stage with everyone. I get to dance from 9:30 to 6:00, every day."

Tickets from $32.50 (student, senior and group tickets available) can be purchased at Ticketmaster.

The National Ballet of Cuba dazzles with full-length Don Quixote