The federal government has supported Canadian education abroad for over 30 years, but now universities across the U.S. are being refused funding from the Department of Foreign Affairs. 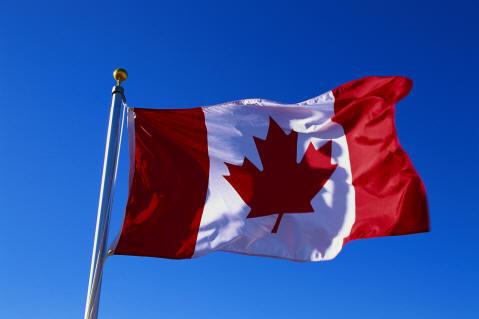 Canadian Studies programs at universities across the U.S. are facing serious cutbacks this year, with the rollback of an important grant program facilitated by Canada’s Department of Foreign Affairs.

"This is the first year in history that the government has denied funding dozens of grant applications from across the U.S.," said Nadine Fabbi, the associate director of Canadian Studies at the Seattle-based University of Washington.

"These grants have significantly strengthened Canada's voice in the U.S. on issues that range from the Keystone XL pipeline to water resources to Arctic sovereignty," Fabbi said.

Fabbi wasn't alone in her surprise: many other universities have recently found out that important grants have fallen through.

“We’ve been receiving support from the Canadian government for at least 30 years,” said Don Alper, director of the Center for Canadian-American Studies at Western Washington University.

His institution is one of the few American schools with extensive academic programming about Canada. But this year, the Canadian government refused his Center’s grant applications.

“We heard a lot about delays and reorganizations and things like that," he said. After speaking with the people who normally work on his programs, he explained, it became "pretty clear that this was part of a larger budget revision or budget reviews going on at the federal government.”

DFAIT’s Canadian Studies Grant Program: what does it do?

Canadian Studies grants to U.S. schools are administered through the Canadian Embassy and the Department of Foreign Affairs and International Trade (DFAIT). In addition to individual research grants for students and professors, DFAIT has traditionally offered institutional and program grants intended to “promote research, exchanges, teaching, and program activity that contribute to a better knowledge and understanding of Canada, its relationship with the United States, or its international affairs.”

"The grants have brought hundreds of American students to Canada to understand the differing values and social models of the country," Fabbi said.

Social work students, for example, would go on a two-day trip to Vancouver and learn about Canada's social system. Others would study alongside Canadian university students to work on environmental laws and cross-border marine management. Business students would learn about U.S.-Canada trans-border commerce and trade.

"There are major researchers who have been here 25 to 30 years," Fabbi said. "They often get quarter-million dollar grants ... but researchers who had been getting huge grants would be utterly thankful to get $200 (from the Canadian government) for a conference. I would watch their research evolve to include a noteworthy portion of Canada's marine research, environmental law, urban planning."

But much of that work won't be happening this year. According to Fabbi, grant applications for Canadian Studies at four major U.S. universities were refused this year.

Stephen J. Hornsby, director of the University of Maine's Canadian-American Center, confirmed that a proposal submitted by this consortium of leading Canadian Studies programs was not accepted. He said he and his colleagues are still "waiting anxiously" to hear the final word from DFAIT regarding the future of the grants.

“[Canadian government funding] has diminished gradually over the years and now only supports less than 10 per cent of our program,” said Nelson Graburn, director of Canadian Studies at the University of California at Berkeley.

Graburn said that although UC Berkeley did receive part of their funding from the Canadian government, this year marked the first time in over three decades that they were refused a Conference Grant—designated for use in hosting an important annual meeting.

Why I'm leaving Canada to attend university in the US

Harper and Hillary talk, as G-8 foreign affairs ministers' meeting opens with a focus on peace