Foresters in Victoria for a conference this week were alerted to public concerns over logging on the small BC island. The struggles they face illustrate common challenges in today’s forestry industry. 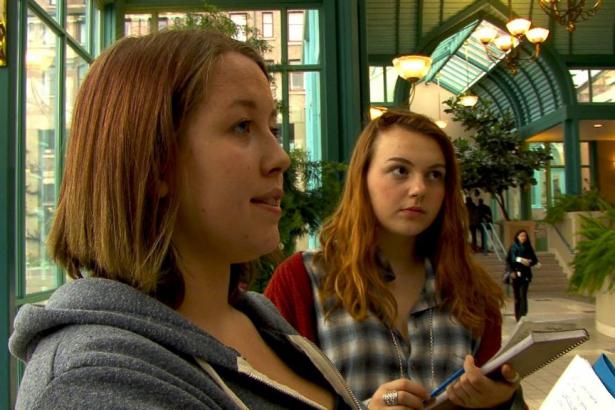 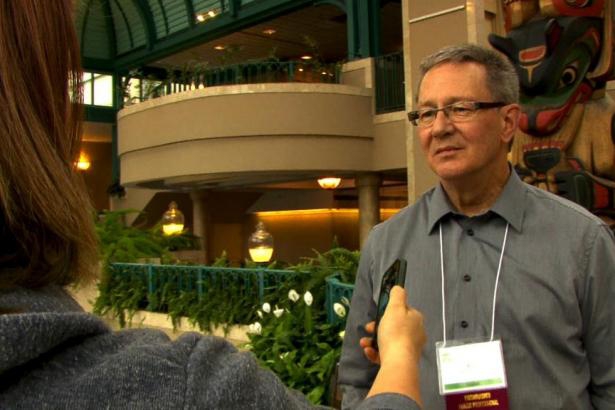 Cortes Island youth met professional foresters at a conference in Victoria Friday, to voice their concerns about upcoming logging on the small coastal island.

Cortes is currently in the midst of negotiations with private landowner Island Timberlands, who announced last December that they were planning to commence logging in large swaths of the island’s forests—areas that are home to significant old growth stands and a number of rare wildlife species.

A group of high school students, including two Cortes Island natives currently attending school in Victoria, were part of an advocacy effort to reach out to forest experts gathered at the annual meeting of the Association of BC Forest Professionals (ABCFP). The youth were there to both explain the island’s situation and to ask for professional insights on how industry and government can work to balance economic and environmental considerations.

“We were just letting them know that [the logging] is happening in September, and that there are species at risk there, and asking if they thought that B.C. needed to protect them,” said 16-year-old Fairahn Reid.

“I’ve been in those forests and they’re amazing. I just don’t understand how they’re able to log them…I just want to change things. I’m a Cortesian.”

Logging operations were originally set to begin at the end of January, but intense community pressure and a 6,000-signature petition helped convince Island Timberlands (IT) to delay their plans until the fall. Company foresters met with Cortes representatives in Nanaimo on Wednesday, and agreed to further consultation regarding specific environmental concerns.

Carrie Saxifrage, a Cortes advocate who started the online petition, said this week’s meeting with IT resulted in a few tangible outcomes.

“It was a great opportunity for people from Cortes to pull out the maps that we’ve been working on for over 20 years now, that have really defined the forestry that we would like to see on the island,” said Saxifrage.

“It’s got a protected landscape network that looks at wildlife corridors, sensitive areas, old growth areas to be protected, and so on.”

Concerned volunteers and biologists on the island have spent countless hours mapping ecologies and wildlife habitats around the threatened areas. After presenting their maps at the meeting, Saxifrage said the company agreed to add the information to their own data, and to consider it in further assessments of their plans. If a compromise cannot be reached, residents have also expressed hope that they might eventually be able to purchase sections of land from IT.

“We think that they may be more open to purchase than they would have been in the past,” said Saxifrage, describing the impression she got from recent discussions.

“This meeting was an opportunity that is a result of people’s strong response—from the petition and all of the people who are doing work in support. It’s making a difference, and going forward we need to keep up the pace on our proposal for community ownership and stewardship.”

Community advocates stress that they are not opposed to logging in general. Instead, they promote the idea of “ecosystem based forestry” and sustainable practices that save key old growth and wildlife habitats. Despite concerns over the company’s plans, Island Timberlands says their current practices already abide by government and industry standards for environmental protection.

“As far as certification goes, we have Sustainable Forestry Initiative (SFI) certification, and we have ISO 14001 certification which covers the on-the-ground type of work,” Waugh said in an interview with the Observer.

“SFI is the forest management aspect of it, which gives us direction on things like biodiversity, water quality and wildlife. We also have at least 30 different government laws and regulations that we have to follow,” he explained.

The community’s concerns involve discrepancies between IT’s regulated standards and the more stringent rules recommended by scientists with the Coast Information Team. For instance, the Coast Information Team standards—currently being implemented in the Great Bear Rainforest—say logging plans should leave a buffer of 100 to 200 metres from sensitive streams. IT’s current standards leave only about 15 metres.