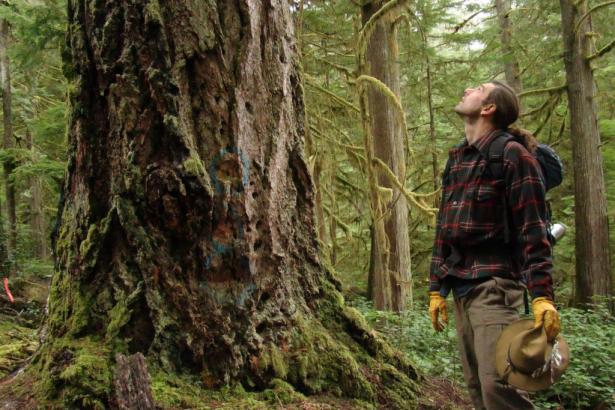 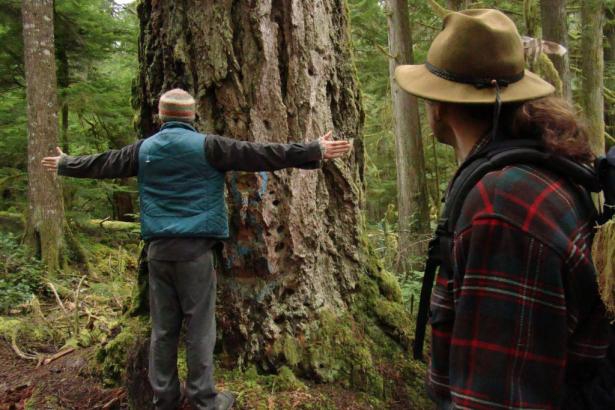 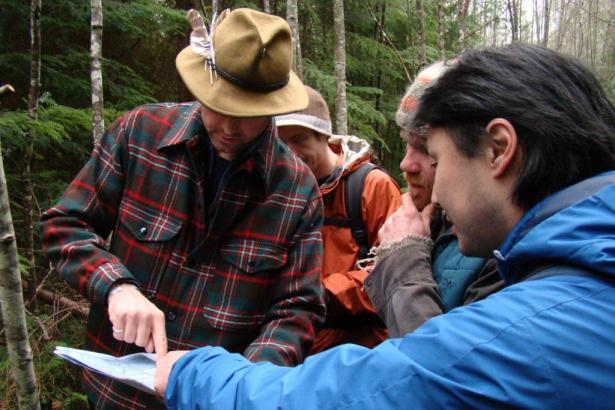 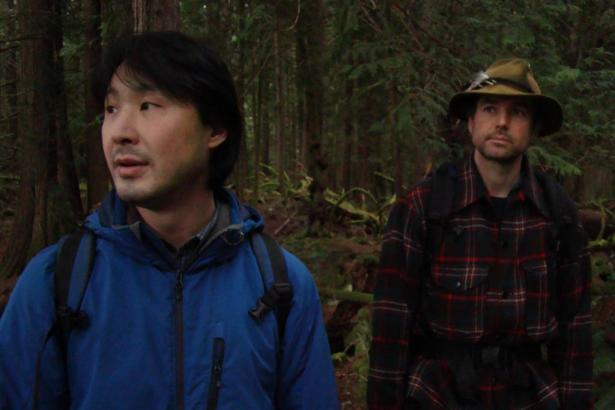 Just one day after activists delivered a 6,200-signature petition appealing to the company, concerned Cortes residents received confirmation that the trees were among the most significant remaining old growth stands in British Columbia – a fact that could help gain provincial support to purchase the land from private owners.

“In these parts, at least 99 per cent of the old growth of these firs have been cut,” said AFA Executive Director Ken Wu.

“Normally what you find is individual veterans, but you don’t get a whole stand of it like this,” he said, pointing out several groups of centuries-old trees at the heart of Cortes Island.

“That’s really rare. So to have a whole cluster of these is provincially significant.”

Community activists from Cortes took Wu and AFA tree photographer TJ Watt on a tour through island forests to document remaining old growth stands, which could be affected by impending logging operations. According to Wu, the potential loss of these stands is particularly troubling given the fact that the area’s dry maritime ecosystem is one of the most endangered forest ecosystems in the province.

The Ancient Forest Alliance was invited by Cortes residents to visit proposed logging areas, examine and document their ecological value. The organization works to preserve endangered old growth forests across British Columbia, as well as maintaining sustainable forestry jobs in the province. By photographing the biggest, oldest trees on Cortes Island, they can help advocates prove the significance of the stands and make a better case for their protection.

“I think what it means is that we can get off-island support to do a purchase,” said Fred Savage, a Cortes furniture builder who has volunteered countless hours to the cause.

With enough financial support, locals could potentially buy the “high priority” land areas from Island Timberlands. Savage has doubts that they could come up with the funds, as Island Timberlands has indicated they won’t sell for less than twice the appraised market value. But for Wu, this type of success story isn’t unheard of.

“Basically, Island Timberlands needs to agree to sell at the appraised value, not over-inflated values of the lands that the locals want to see protected,” said Wu, noting the possibility of extra support from the government.

“The province has to kick in like they did in Salt Spring Island under pressure,” he said.

Wu is referring to a well-known environmental campaign in the early 2000s, when Salt Spring Island residents protested logging by new landowners Texada Land Corporation. After significant opposition and fundraising efforts from the community, the province stepped in to contribute an additional $13.4 million needed to buy part of the land from the company.

“There’s no way the community’s going to raise $7 million, or whatever the price is,” said Wu.

“But the province – they coughed up over $12 million for Salt Spring.”

The precedent set by Salt Spring Island may offer hope to those on Cortes, but it is unknown whether the same support could be provided in this case. It is also worth noting that Brookfield Asset Management has given over $126,000 in campaign contributions to the BC Liberals since 2006.

The residents of Cortes Island have been actively trying to save these trees for decades, but since they’re on private land the owners have no legal obligation to retain them. Old growth trees are also the biggest and provide the most valuable timber, so they are often the most attractive for companies looking to cash in on their investments.

“As trees get older, you get higher quality wood, which is why people want the old growth,” said Wu.

Forest advocates say the older trees on the island could be anywhere from 200 to 500 years old, and logs their size and quality could be sold to markets overseas for over $25,000 each.

The area containing these high-value trees was previously owned by MacMillan Bloedel, a Canadian forestry company bought by Weyerhauser in 1999. Island Timberlands – a subsidiary of the multi-national firm Brookfield Asset Management – bought the land from Weyerhauser in 2005. Locals had arranged a hard-won agreement with former owners to protect sensitive old growth zones, but Island Timberlands is not bound by the same promises.

“It doesn’t have legal status, and Island Timberlands doesn’t know anything about it,” said Savage.

He repeats another islander’s analogy, saying it’s “like throwing Jell-o at the wall. We just keep doing it, and we don’t get anything to stick.”

Take our survey and qualify to win a ski weekend at The Westin Whistler and lift tickets for Whistler Blackcomb.