Party swept back into power with seven of 10 council seats – while election allies at COPE fare disastrously. 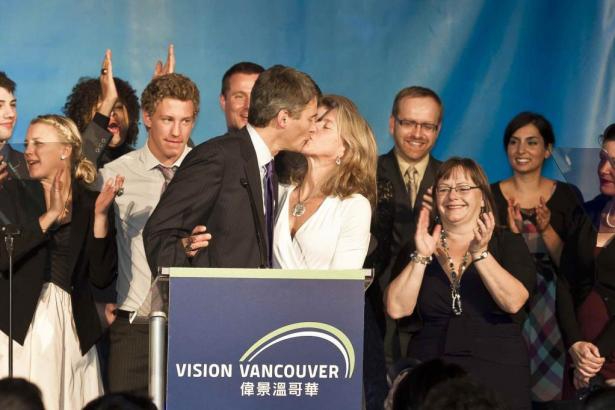 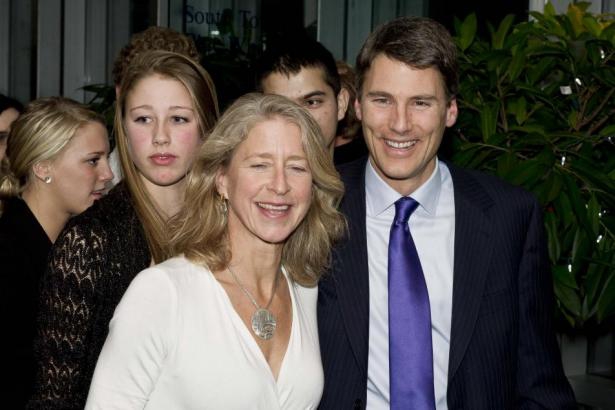 2011 Vancouver Municipal Election: Vision Vancouver swept back into power with a landslide victory on city council, winning seven of 10 seats – but their election partners, the Coalition of Progressive Electors (COPE) fared disastrously, losing all their seats.

Supporters celebrated their win with a slightly raucous party at the Sheraton Hotel, but councillors remained circumspect about the loss of COPE from council – the parent party which spawned Vision Vancouver seven years ago.

“I was hoping so much that R.J. Aquino would get in. I'm not that young anymore, but people under 40 getting involved in politics I've always been passionate about.”

Reimer said she already has her first motion to council drafted – to start up civic advisory committees to consult on issues from housing and seniors to childcare and biking.

“It's very, very rare ever to sweep,” said Geoff Meggs, also re-elected to council. “It's a tremendous vote of confidence from the people of the city.”

“(COPE) suffered from competition from Neighbourhoods for a Sustainable Vancouver. They suffered as well from the loss of David Cadman, who's an experienced leader for their party. COPE is not going to fade away – they've been very resilient in the past.”

Labour columnist Bill Tieleman said that the biggest surprise of the election was the Non-Partisan Alliance (NPA) winning two seats on council, alongside the Green Party's Adriane Carr.

“It's surprising (the results) and the NPA used attack ads. Those do work, they managed to win two seats,. And they had no incumbents, so you have to give them credit for that.

“The reality is that developers and businesses are quite comfortable with Vison and Gregor Robertson.”

The election saw 144,823 Vancouverites casting ballots, which works out to roughly 35 per cent of eligible voters.