A Multicultural “Calculation” for the Conservatives 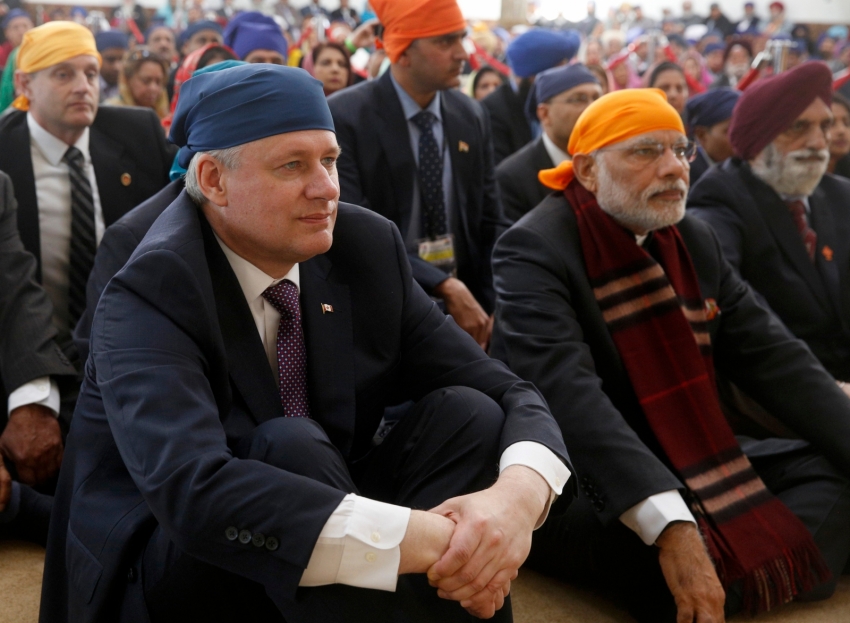 In the early stages of the 2008 Canadian election campaign, a victory for the Conservative Party in the federal riding of Richmond Centre seemed unattainable. The Liberal Party held the riding under Raymond Chan, who withstood a challenge from well-respected Tory Darrell Reid in 2006 to win by 1,800 votes (or four percentage points).

In 2008, the Conservatives based their local campaign in Richmond Centre on moral values. The strategy worked brilliantly. An area where the Liberal Party had held ground for 11 of the previous 15 years saw Tory contender Alice Wong emerge as the winner with almost 50 per cent of the vote. Three years later, Wong would be re-elected with 58 per cent. 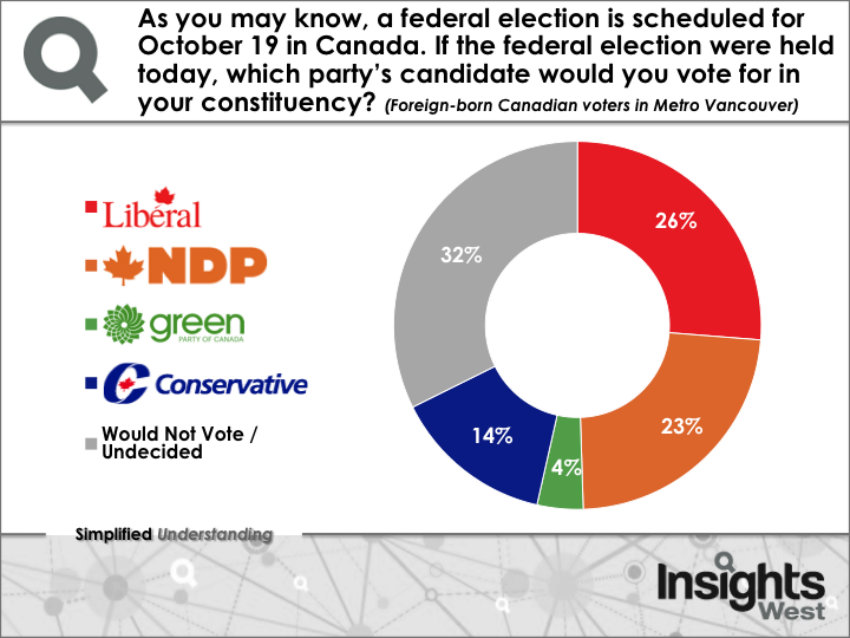 The Richmond Centre experiment showed the success of a local campaign that moved slightly from the “national script” and attempted to strike a chord with the immigrant community. In a riding where three-in-five voters in this riding were not born in Canada, a campaign that focused heavily on themes such as “family” and “morality” was going to be easier to explain at the doorstep than the carbon tax proposed by then Liberal leader Stéphane Dion.

In this federal election, the middle stretch of the campaign has seen an emphasis on citizenship and immigration, but mostly with negative connotations: the presence of niqabs at ceremonies where immigrants become Canadians and the revocation of citizenship for foreign-born Canadians convicted of serious offences.

For decades, immigrants tended to vote for the party that “welcomed” them to Canada. In “The Secret Mulroney Tapes”, Peter C. Newman revealed that Mila Mulroney’s parents—whose son-in-law was running to become head of government—had always voted Liberal before Brian Mulroney took over as the Progressive Conservative leader. The current Conservative Party was certainly hoping for similar staying power after almost 10 years in office.

The numbers in Metro Vancouver tell a different story. An Insights West survey finds the Liberals (26 per cent) and the New Democratic Party (NDP) (23 per cent) holding on to most of the votes from foreign-born Canadian voters. The Conservatives are a distant third (14 per cent), with 30 per cent saying they cannot choose a contender at this stage. 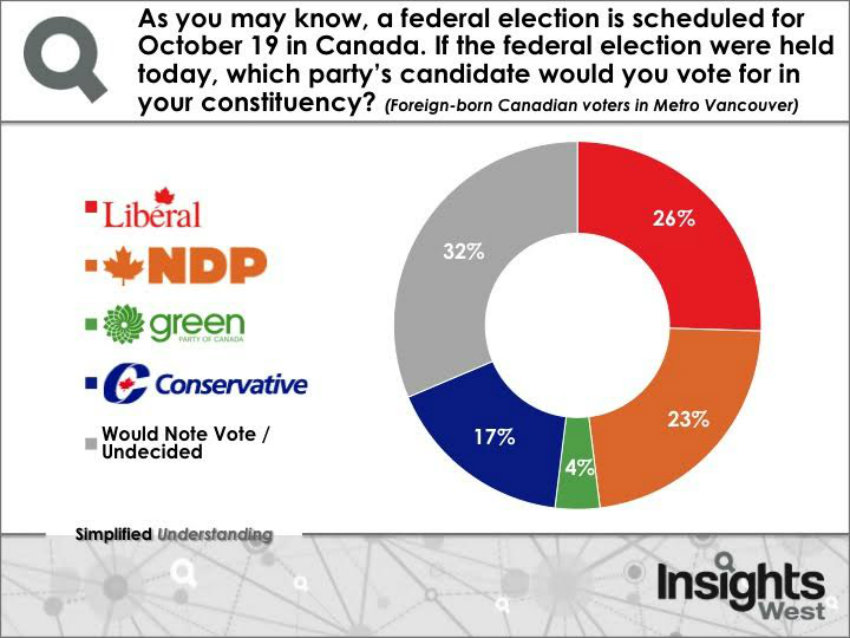 Most of the indecision comes from people who voted for the Conservatives in 2011. Only 40 per cent of them are ready to cast a ballot for the Tory candidate in their riding once again—a low retention rate compared to the 60 per cent of Liberal voters and 61 per cent of NDP voters who will not switch parties in 2015.

The NDP has been exceptionally organized, in federal and provincial elections, to court the South Asian and South East Asian vote. It is not a surprise to see them ahead with these voters (32 per cent, compared to 26 per cent for the Liberals). The finding that is eye-catching is to have the Liberals ahead with voters of East Asian descent (27 per cent) with the Conservatives struggling to keep pace (15 per cent).

The boost for the Liberals is accompanied by the emergence of Justin Trudeau as a crowd favourite. This partly explains the recent success of the Liberals in ridings that have a large proportion of first and second generation Canadians, particularly Vancouver South and North Vancouver. Trudeau is seen as the best choice for prime minister for 26 per cent of foreign-born Canadian voters in Metro Vancouver, ahead of Stephen Harper (21 per cent) and Thomas Mulcair (20 per cent).

The Liberals are also hold the upper hand over the Conservatives as the best party to handle three important topics for first and second generation Canadians: foreign affairs (33 per cent to 24 per cent), immigration (30 per cent to 20 per cent) and refugees (24 per cent to 19 per cent).

It is important to note that, on the moral issues that once enabled the Conservatives to take hold of Richmond Centre, there is no clear leader this year. Almost half of these voters (45 per cent) cannot choose a party on abortion, and a majority (54 per cent) are undecided about who is best to tackle euthanasia. Moral values are no longer “winning wedge issues” for the government.

Still, the goal for the incumbent party continues to be the same: get anywhere between 35 per cent and 40 per cent nationally. The calculation this year indubitably took into account the Liberal rebirth in urban areas, including Metro Vancouver. The strategic moves suggest that the Conservatives—at least now—are better off attempting to solidify their hard core supporters (many of whom voted Reform in the late 1990s) than to attempt to make inroads with first time voters who used to be permanent residents.

It all comes down to simple arithmetic. If five “old stock” Canadians come back to the Tory fold for every foreign born voter who gets turned off by the campaign’s rhetoric, the incumbent party comes out ahead. Still, it could lead to a Canadian government that lacks representation in the three major urban centres, where most of Canada’s newcomers choose to settle.