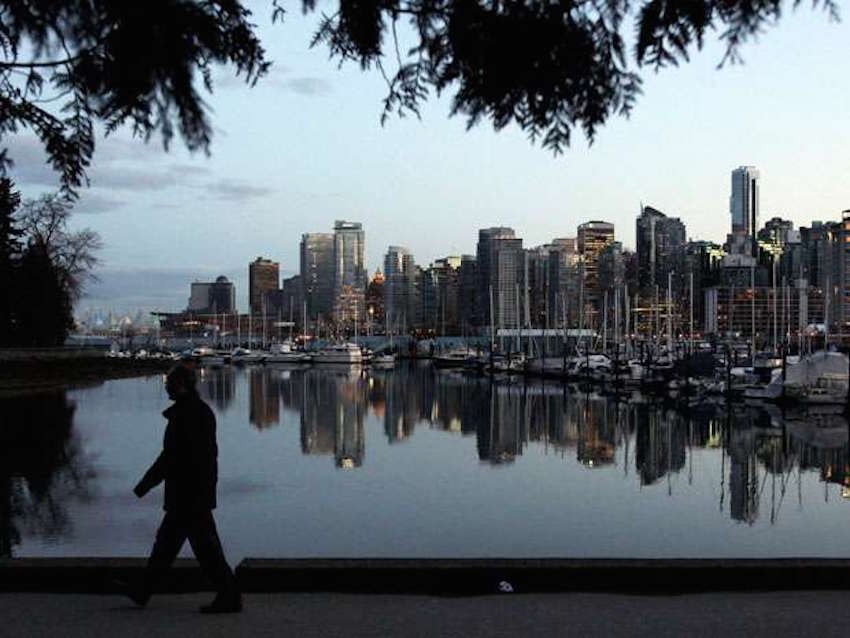 A walker in Vancouver's False Creek where average home prices climbed by 28 per cent. Photo by The Canadian Press.

VANCOUVER — January was another sizzling month for real-estate sales and prices across Metro Vancouver.

The Real Estate Board of Greater Vancouver says last month was the second busiest January on record as residential property sales in the region jumped nearly 32 per cent, compared to January of last year.

Board president Darcy McLeod says buyers are clamouring to purchase, owners are hanging onto properties, and the result is soaring prices in a red-hot, seller's market.

According to the Real Estate Board, the estimated price of an average home across Metro Vancouver leaped nearly 28 per cent to just under $1.3-million from January 2015.

The price for a similar property on Vancouver's west side neared $3-million, a 25 per cent increase over the same period.

Sales figures cover a region from Whistler to South Delta and east to Maple Ridge, but do not include Surrey or North Delta where the average price of a home was between $700,000 and $800,000 in 2015.