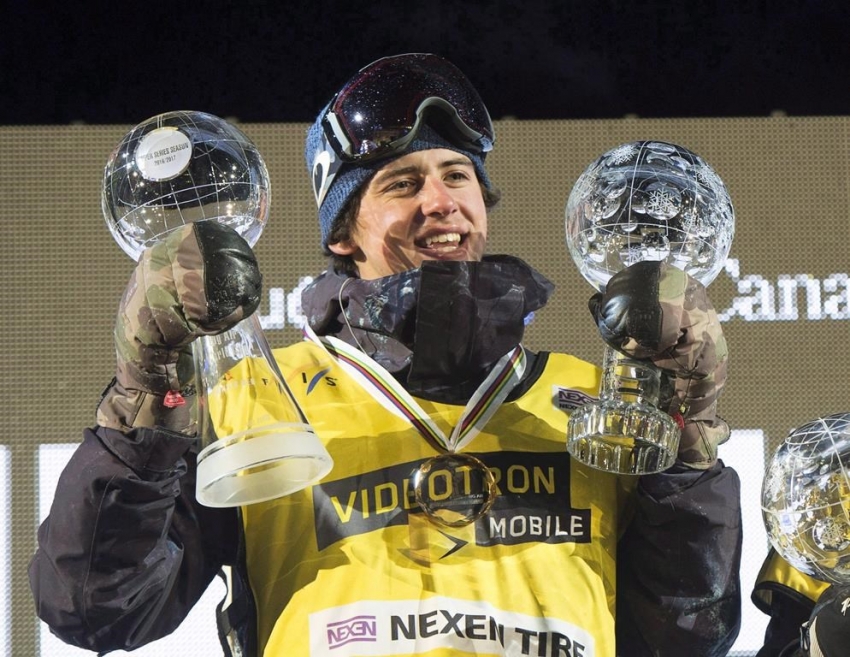 Mark McMorris, Olympic slopestyle bronze medalist in 2014, sustained serious injuries in a back country snowboarding accident at Whistler on the weekend. Photo courtesy The Canadian Press.

An accident on a jump "well within his skill level" in British Columbia's backcountry as has left Canadian snowboarding star Mark McMorris with serious injuries.

McMorris, his brother Craig and a few friends travelled into the backcountry by snowmobile near Whistler, B.C., to build the jump on Saturday, Canada Snowboard executive director Patrick Jarvis told The Canadian Press in a phone interview Monday.

"From what we're told it was a jump that was well within his skill level, which is undoubtedly one of the best in the world," said Jarvis. "(McMorris) just happened to be in some flat light, misjudged his approach, and that's resulted in the accident."

Jarvis, who hasn't spoken to McMorris directly, said he doesn't know how long it took to get the 23-year-old Regina native off the mountain.

McMorris was airlifted from Whistler to Vancouver General Hospital.

Fans of backcountry skiing and snowboarding seek out fresh fallen snow on unmarked and ungroomed slopes in remote areas that usually aren't maintained and patrolled by the personnel seen at traditional resorts.

"When I was contacted, first thought was of course his personal well-being," said Jarvis. "It's the nature of the sport. It is action sport with inherent risk. I was obviously very concerned about him and his family.

"We're certainly in a good place right now that it's not life threatening. Bad luck, good luck, no one really knows."

McMorris, who won Olympic slopestyle bronze in 2014 while competing with a broken rib, underwent two surgeries over the weekend to control bleeding and to repair the jaw and arm fractures.

Canadian team doctor Rodney French said both operations were successful, but couldn't predict how long McMorris will be sidelined.

"While both the (jaw and arm) fractures were complicated injuries, the surgeries went very well and both fractures are now stabilized to heal in excellent position," French said in a statement release by Snowboard Canada. "It is too early to speculate on a timeline for Mark's recovery."

With the Olympics less than a year away, Jarvis said McMorris will have to show he's physically able to compete in the lead up to the Games in Pyeongchang, South Korea.

"He would have to prove a return-to-competition readiness to ensure that he's comfortable riding again, that he's back to the level of prowess that he's used to," said Jarvis. "All fingers crossed and we would certainly hope that Mark is able to do that.

"Certainly a little too early to speculate whether that will be probable or whether it's still just in the realm of possible."

His competitive season over, McMorris tweeted from Whistler on Friday: "So nice to be ripping around with @Craig_McMorris again! So so FUN." The tweet included a video of him and his brother performing a series of tricks on what appears to be a groomed course.

"This is in their DNA," he said. "What they live for is to do this.

"It's natural for them to go out in the backcountry, seek out good snow, build jumps."

Mark and Craig, who is also an accomplished snowboarder, became reality TV stars a few years ago with their MTV docu-series "McMorris and McMorris,'' which featured the adventures and misadventures of the siblings.

Mark McMorris won three X Games medals this season along with two World Cup Crystal Globes — one for the new Olympic discipline of Big Air and another as the overall World Cup champion.

His dominant season came on the heels of another serious injury suffered in February 2016 when he caught an edge on a landing at an Air + Style event in Los Angeles. McMorris fractured his right femur and had a metal rod surgically implanted in his thigh the day after the crash.

He made a relatively speedy recovery from that injury, telling The Canadian Press in July 2016 that he was "85 to 90 per cent."

"I was probably as amazed as anyone with his recovery," Jarvis said Monday. "We'll see what transpires here in terms of where he's at mentally, physically.

"We'll be there to support him in whatever way we can, but you certainly feel bad about one of the best in his chosen sport and profession in the world."