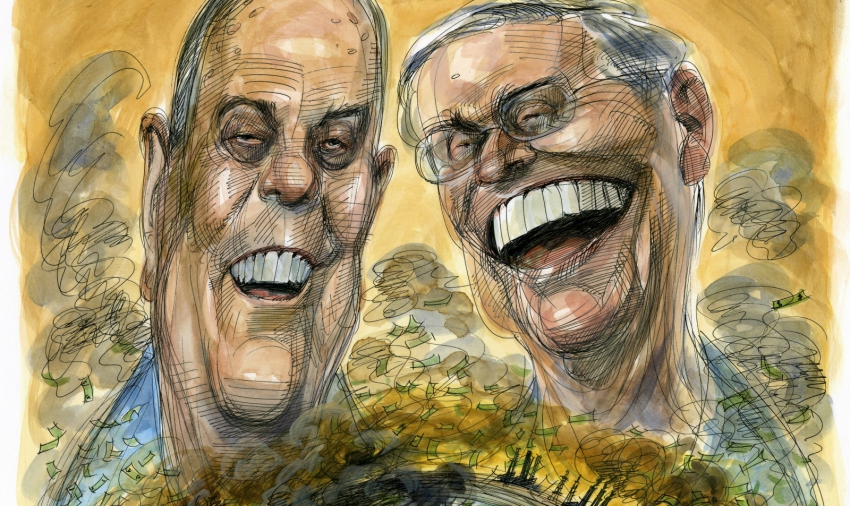 Until this past February, I worked as a contracted television producer for Global TV and its current affairs program, 16x9. Last fall, I was commissioned to do a story for the program about the Koch brothers, their holdings in Alberta’s oil sands and their interest in getting the Keystone XL pipeline built. In January, two days before the 22-minute documentary was about to air on 16x9, Global's senior management pulled the story.

After Jesse Brown's Canadaland published a story about its sudden disappearance, Global fired me, although I was not quoted in that story or had any involvement with it. What you're about to read includes some of the material that has not yet been permitted to be shown on Global.